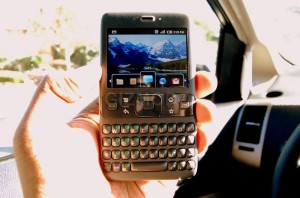 Finally, I think I have found the phone for me.  No it doesn’t sport dual-core water cooled processors or even a large 1080p display.  But what it does have, it has in spades.  And to prove it, I have moved from the mighty Droid X to the Pro as a daily driver and it has not disappointed.  In many ways the Droid Pro from Verizon is what I wanted when I first saw a phone running what was a very early Android.  The HTC device which never built, pictured left.

As a long user of BlackBerry devices, the above prototype is what I drooled over whilst I slaved away on my T-Mobile BlackBerry 7105t.  It is amazing that other than the T-Mobile Charm, the Pro is the only other portrait Android phone sold with a full QWERTY keyboard not coincidentally both ODM’d by Motorola.

I will mainly review the experience as Android 2.2 and the Motorola UI have both been out for a while now.  The Pro is very solid in its feel and heft while not feeling heavy at all.  With only volume rockers on the left side and a dedicated application button on the right (I have mine assigned as the camera), it is fairly sleek.  The top is only adorned with a 3.5mm headphone jack and power button.  I have read some reviews of users who were less than impressed by it’s chrome bezel and plasticky look but it feels very much like its BlackBerry peers.  And it’s not even noticed when used with a case like mine.  The back/battery door is plastic with no rubberized grip whatsoever, so beware in the cold weather as it is very easy to drop.

The main attraction and reason of this model is of course is the full hardware keyboard, and it does not disappoint.  I can type on it as fast as my old Curve and I don’t have to depend on any auto-corrections anymore, especially when I have to type a lot of acronyms being in the tech industry.  It is very easy to access the usual capacitive Android keys just below the screen: Menu, Home, Back, Search.  No track ball/pad is needed on the Pro since it has a full touchscreen for copy/paste and general cursor placement for various apps. 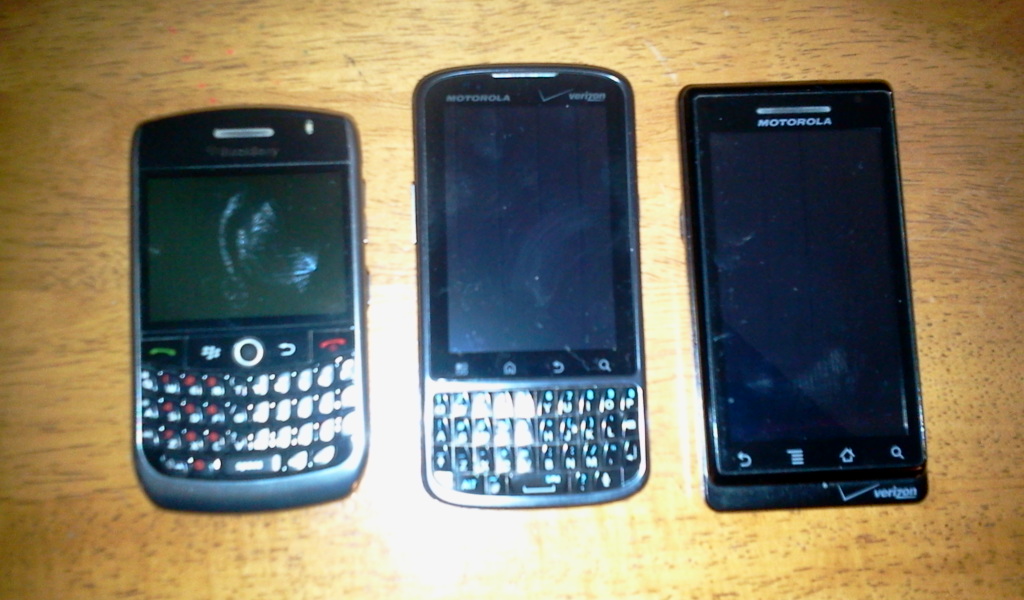 The top row of keys are for “alt” number use unlike RIM’s number pad arrangement on the upper left.  All in all, very functional and usable.

I have the usual gaggle of applications on my phone that are present on all of my Android devices: Google Voice, Twitter client of some kind, and Skype among others.  Again, it’s business as usual here too for you Android users.  The camera is a functional 5mp unit that is a little faster than the original Droid’s but nothing new here except that the shutter button is now on the screen and not dedicated hardware.

Unfortunately, I cannot test one of the main highlights of a BlackBerry: Exchange server integration.  But it should work just as well as Motorola’s other Android phones, especially after their recent update that included fixes to Exchange Server secure access.  No, I use IMAP email but the stock email client set to “push” works fine and I have not noticed any glitches so far.  Oh, and no BlackBerry Messenger either, but you already knew that.  But you can just as easily use Gtalk and Google Voice SMS to replace and get acclimate quickly.

So with a BlackBerry-like keyboard for the hardware and Android as the OS, it’s much like a technological mullet: business in the front and party in the back!