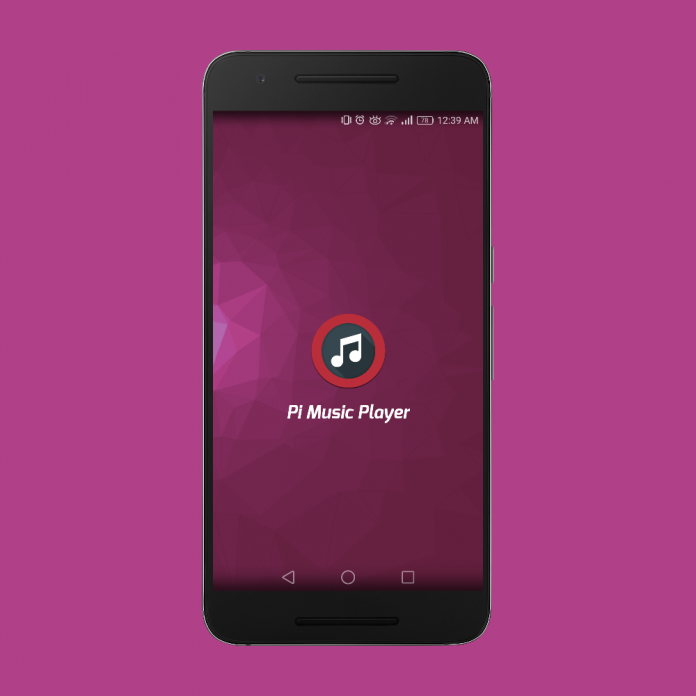 There’s no denying that online music services provide such an unparalleled level of convenience that some people have opted to use them exclusively. No more dealing with files, synchronization, ID3 tags, and finding a way of storing all of these files in the sometimes pitiful storage options offered by manufacturers.

However, there’s also a huge market out there who prefers to have their songs with them at all times. This is especially true in places where data is prohibitively expensive, so services like Spotify should either be used with offline files or with WiFi at all times. For these people, the Google Play Store has a lot of apps worthy of your attention, and Pi Music Player is one of those.

When starting the app, the only thing Pi asks of you is to select a theme. Since normally music players these days are either white or black, I decided to go with the Gloss theme in order to give the app a bit more color and personality. In my opinion, all of the themes look fine, though. After this, the app’s main screen will show up and you’ll have your whole library waiting for you.

As happens in many music players these days, Pi borrows from the Google Play Store design and puts a tab bar at the top. The tabs available are: Tracks, Albums, Artists, Genres, Playlists, and Folders. However, unlike the plethora of music players available in the marketplace, the tabs order cannot be changed.

Since everyone uses music players in a different way, this might pose an inconvenience for some people. For example, I never use playlists but some of my friends use their music players exclusively through playlists, so having to scroll the tab bar every time they want to access the playlist section might become a bit tiresome for them.

There’s a hamburger menu at the top left. Triggering it will show you items such as Smart Playlists, Ringtone Cutter, Equalizer, and Settings. On the top right, there’s a search button that does exactly what you expect from it. There’s also a feature Pi Power Share, which lets you share music with other users across platforms.

The highlight of Pi Music Player interface-wise is its animations. Swiping between different tabs, opening the Now Playing screen, and the splash screen are some of the noteworthy examples of this fact.

However, I feel like the rest of the app is not as beautiful as it could be. For example, the Artist tab consists of a list with the name of the artist, the number of albums, and the number of tracks. There’s no Artist picture or anything to make it a bit more appealing. Also, stuff like displaying “1 Tracks” is such an easy thing to avoid that I can’t understand the decision to leave it like that.

The Artist page is also something that I’ve seen executed in a more beautiful way in other apps. While apps like Shuttle and Pulsar opt for a grid to show album arts and then show the songs of a specific artist in a list, Pi shows a scroll view on top with all of the albums. There’s no Artist picture or something similar to spice things up, making things bland compared to other options.

Another thing I noticed is that album art works in a very weird way in this app. While some players opt for downloading everything from online databases, Pi prefers information embedded into the song’s ID3 tags. After hours of hard work throughout the years, my library is pretty well organized, with album arts and decent structure. However, Pi refused to acknowledge my hard work and showed me a generic album art for all of my songs.

However, I noticed that as I played songs more and more, then the album art started to pop up for some of them. This probably means that the artwork gets processed only after a song has been opened for the first time. It’s hard for me to understand the logic behind this after seeing so many smooth implementations on the Play Store. Also, when you play a song for the first time, you won’t see its artwork in the Now Playing screen. But if you go back one screen and then press the Now Playing bar at the top of the app, it is then displayed. Weird, right?

Otherwise, the app is responsive and loads everything quickly enough on my Huawei Honor 7 Lite with approximately 1300 songs. From playing a song to skipping to the next tune to applying EQ settings, Pi provided a snappy experience. I experienced no cutoffs or other performance nuances.

This is a very interesting part to analyze since Pi includes some very neat options but lacks other seemingly basic ones. For example, an EQ provided in the free version is a welcome addition, since some developers hide the equalizer behind a pro purchase.

Also, there’s a ringtone maker, in which you cut a specific part of any of the songs in your library and makes it a brand-new ringtone for your phone. I haven’t seen a feature like this in a music player in a long time, and, even though it’s nice to have, it might not be as useful as other options.

Pi incorporates a sleep timer so that music can turn off after a certain period of time, a filter for songs of a specific length, lock screen album art, and an option to keep the phone’s screen on when you’re on the Playback screen.

There’s a store in which you can buy backgrounds for your app, but it also houses the ad-free version of the app. See, Pi can be used completely for free, and, the first ten times you open the app, you will get the ad-free experience. However, from launch 11 onwards, you will get ads while using it. To avoid this, you can pay approximately $1 to unlock the version without ads.

Pi Music Player is a solid competitor in the moderately crowded and competitive music player market. With more people embracing online services such as Spotify and Deezer thanks to the convenience and lack of onboard storage on modern smartphones, there’s less of a demand for music players.

However, for those of us who still prefer to have our libraries with us the whole time and not depend on internet connection, the number of good options available is astounding. Pi needs to correct some stuff in order to be able to compete, such as beautifying a bit the interface and resolve minor errors here and there. As I said previously, there’s small things that are missing, but, with enough updates, it could easily enter the group of elite music players.