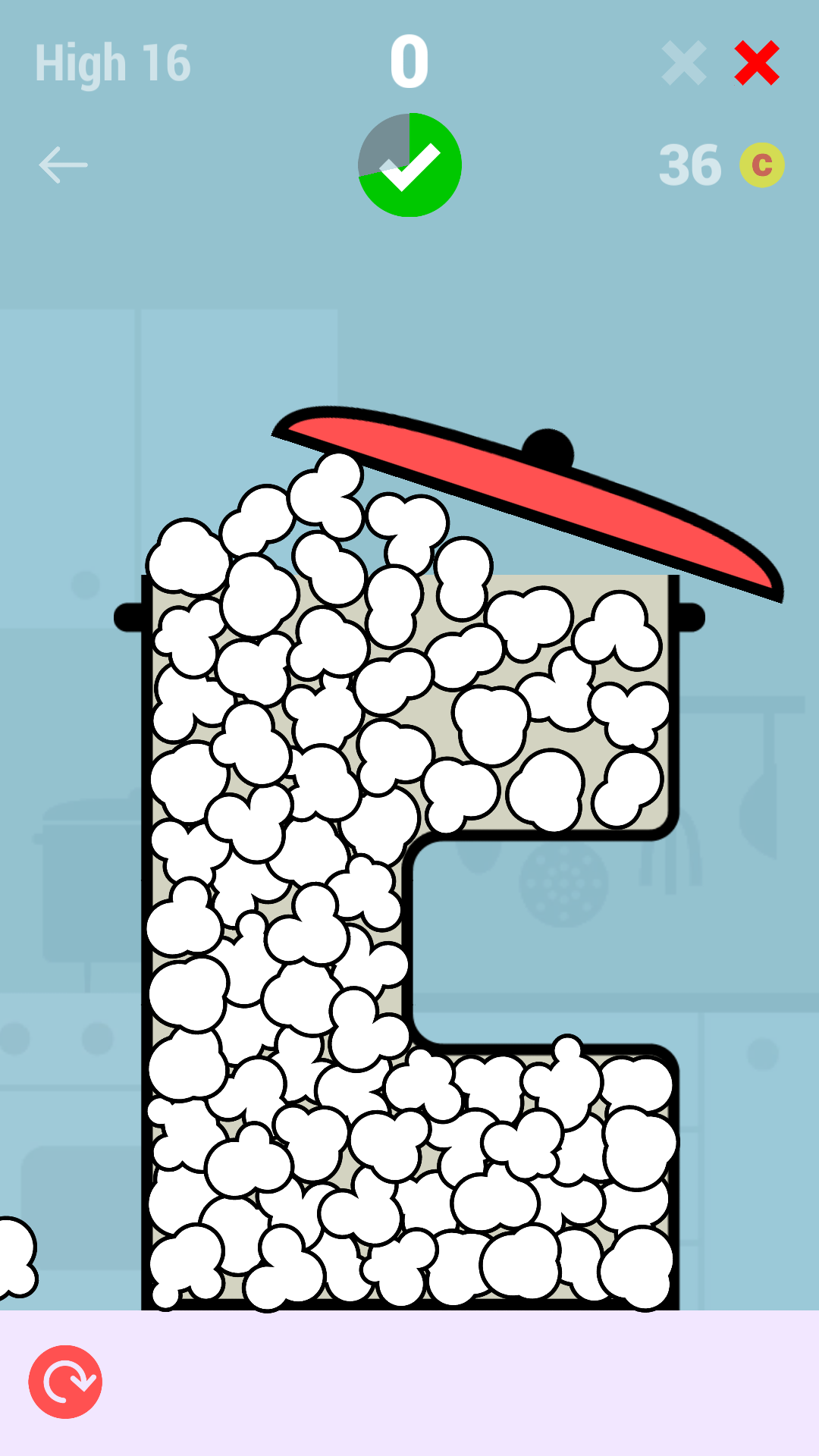 We often think that in order for a game to be interesting and captivating, there must be a complexity of gameplay, controls or something in the game. Popcorn Chef has captured the basic essence of an addictive, minimal game with smooth graphics. The aim of the game is to fill weird and wonderfully shaped pots with popcorn kernels so that when they expand, there is no wastage.

It is as simple as just opening the application. it will take you through a small tutorial which will show you everything you need to know. Thereafter, will be a prompt for you to choose which of your Google Play accounts(if you have more than one) to link your progress to. No fuss involved.

Judging by the tutorial, the game seemed easy enough and easy to achieve a high score of large numbers. How wrong I was.

The game requires the player to keep his finger on-screen until they fill the popcorn kernels into an oddly shaped container. They must then remove their finger when they think they have filled enough. The kernels pop and expand, hopefully you have filled just the right amount because,  if it does not reach the lid of the pot, you lose. If the lid falls over and one popcorn piece, or two popcorn pieces, your game ends there. If you pass the round,  the container shape will change, it will change every round, the change being totally random. 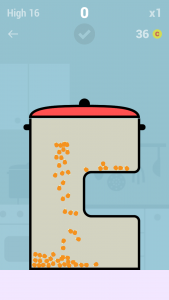 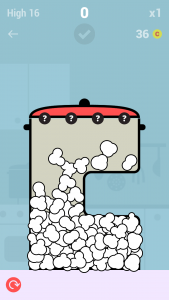 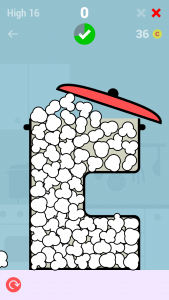 The downside though to this game is the adverts, they appear at the bottom off the screen while you play and often when you fail an attempt, full screen adverts often appear. Some of them as videos and are unable to be skipped. There is also no In App Purchases to get rid of these pesky ads.

The game is an addicting one and will get you hooked for perhaps the first three days and thereafter, just becomes tedious and one will lose interest in it. There are no multiple game modes to keep you entertained, only the one standard gameplay.

All in all, it is a fun game with ultra smooth graphics, easy to play controls and a totally average sound effects. The only downside is the adverts. It’s easy enough to play with providing a challenge to all ages.