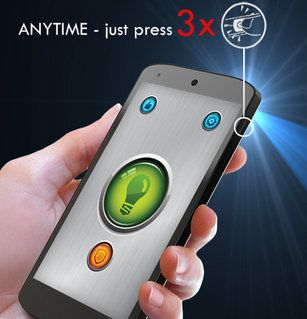 That is where third-party apps come in. Power Button Flashlight makes it very easy to access your flashlight by allowing the user to press their power/lock button three times in succession to turn on the flashlight. This app does not need root to achieve this, so don’t worry! 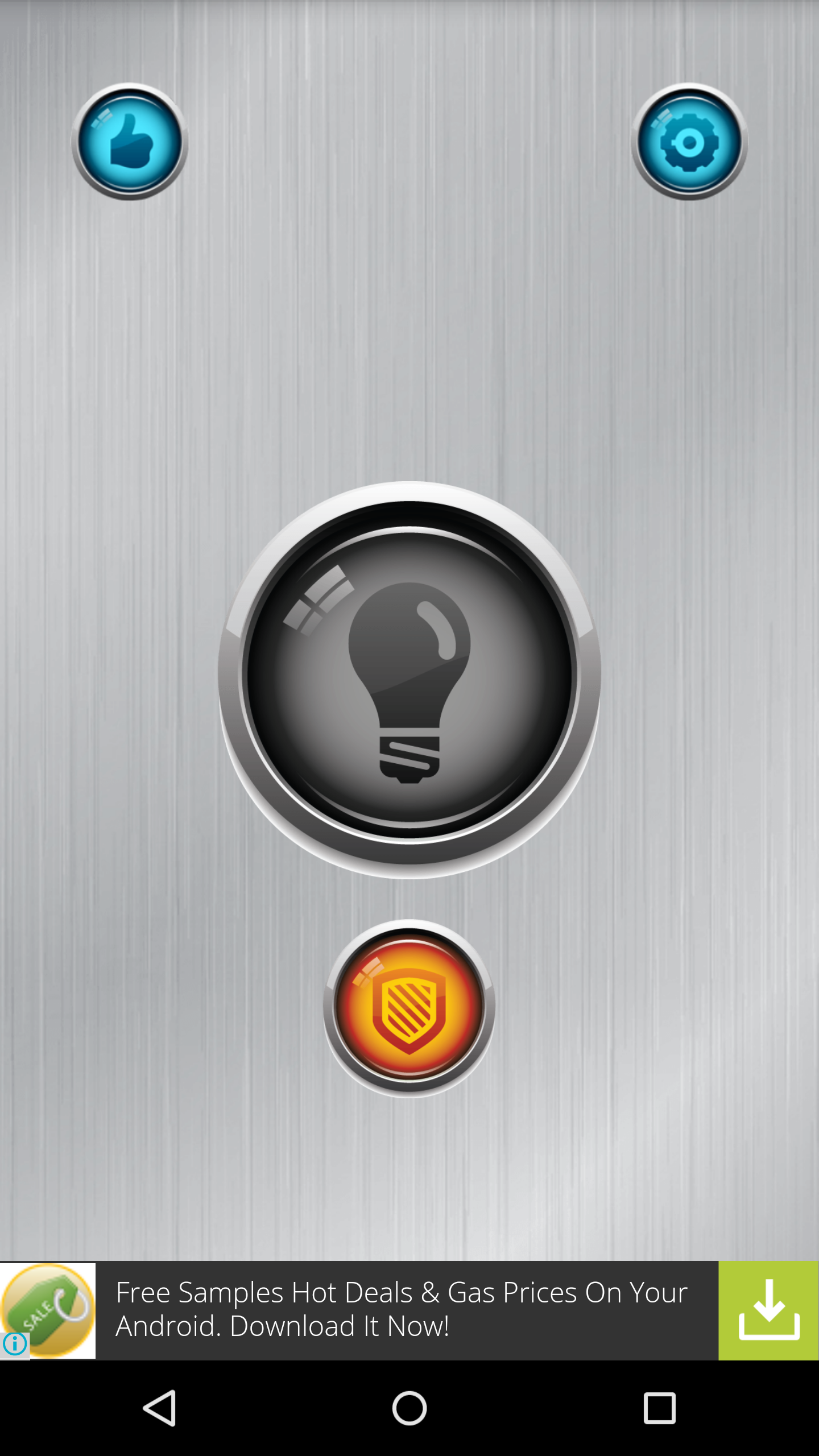 Once installed, you can press your power button three times, whether the screen is locked or unlocked and the flashlight will turn on (updated in version 2.2: all changes seen below). From the time using it, it’s very consistent. The only time there was trouble turning on the flashlight was after a reboot or when the phone was on idle for an extended period of time, so that’s expected with any app.

When the flashlight is engaged, the only way to turn it off is to unlock the device again and manually turn it off. On the paid version of the app, you can press the power button three times again and it will turn off.

One feature I really like is that there is a setting to enable vibration when the flashlight is turned on. It is enabled by default, so if your phone gets a mind of its own in your pocket and the flashlight turns on, you’ll know right away because it vibrates. 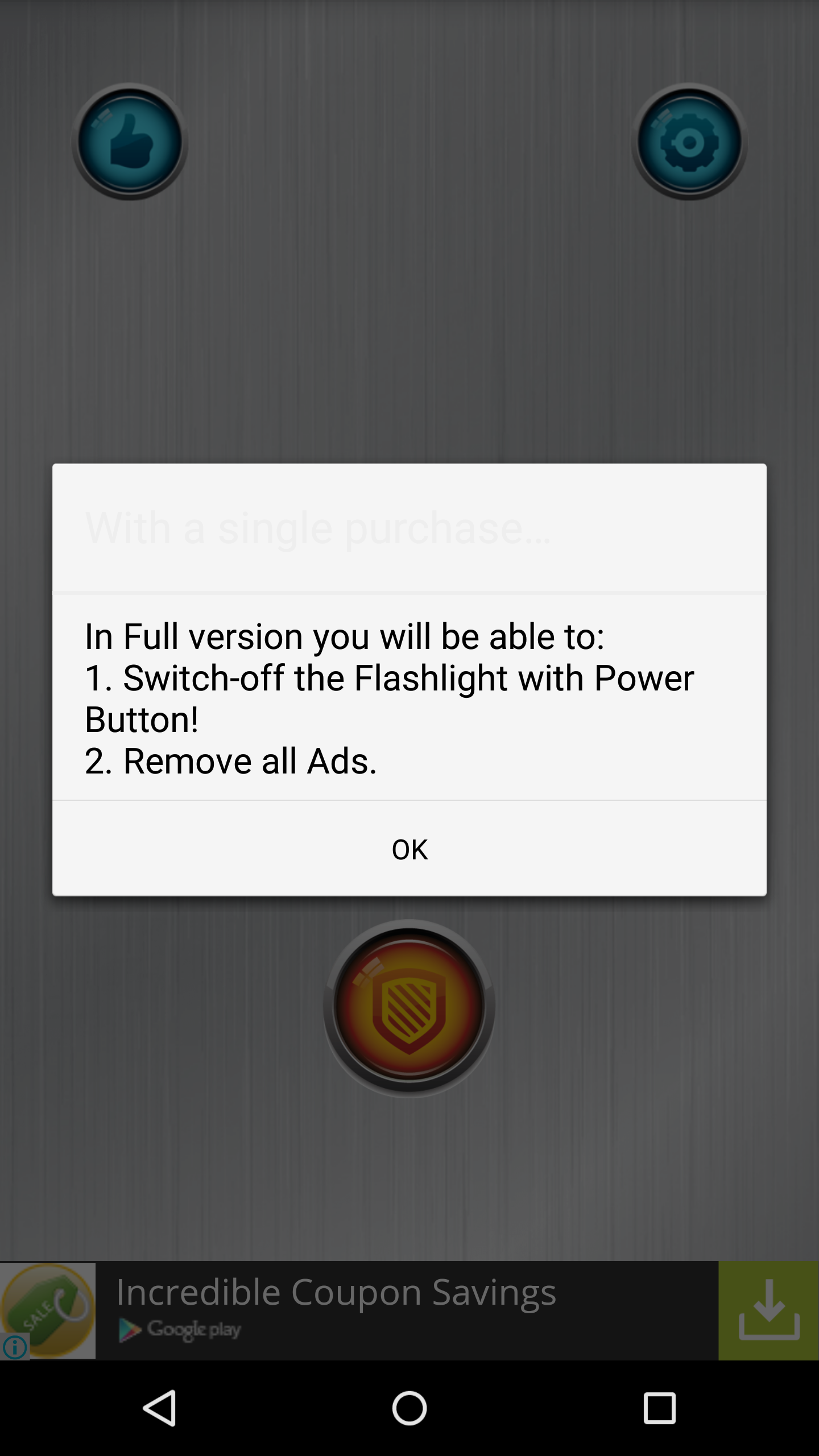 When you are in the app itself, the interface is very easy to navigate. On the main screen there are only four buttons: enable/disable flashlight, settings, purchase premium version ($ .99), and a link to rate the app on the Google Play Store. The paid version gets you the ability to turn off the flashlight by re-pressing the power button, as stated earlier, and it disables all ads.

Once you are in the settings, there are a slew of other options to enable, such as defining the trigger window for triple pressing the power button, shaking the device to turn on/off the light, and disabling the power button altogether.

One thing that I dislike about this app is the fact that when you press the back button to leave the application, it pops up another ad. I understand developers need to make money with ads, but it is just slightly annoying when leaving the app. Having a persistent ad on the bottom is perfectly acceptable. A back button should be pressed once to leave the app, not bring it to another screen.

If you are looking for a very unique and well-performing flashlight app, be sure to check out Power Button Flashlight. It brings a new way to turn on your flashlight without opening up an application or even unlocking the device. Flashlight apps can’t differ by much, but this one adds another feature that you might be looking for.

You can download the app by clicking the link below.