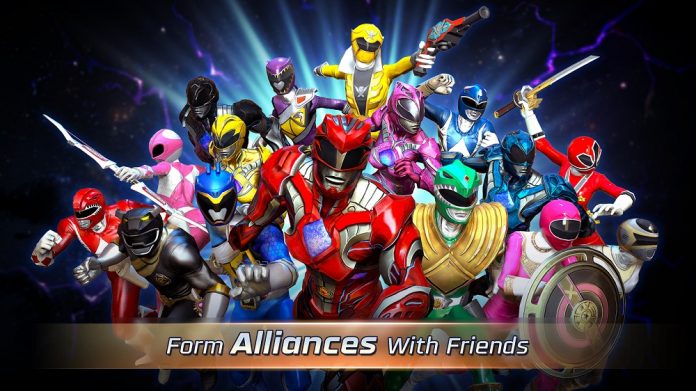 As a kid in the ‘90s I used to watch a lot of Power Rangers episodes. Over the years the television series was turned into an entertainment and merchandising franchise with its latest manifestation being the Power Rangers movie which was launched in 2017.

But Power Rangers fans weren’t treated only with the movie this year. Game developer nWay in collaboration with Lionsgate and Saban (owner of the frenchsie) also unleashed the Power Rangers: Legacy Wars game for Android. The title presents an alternate scenario than the one you’ll be seeing on the big screen, in which Rita Repulsa devices a master plan to pit Rangers against one another.

The application is free to download from the Google Play Store. The game is quick to install and loads quite easily, so gamers will be transported to the Power Rangers universe in no time. 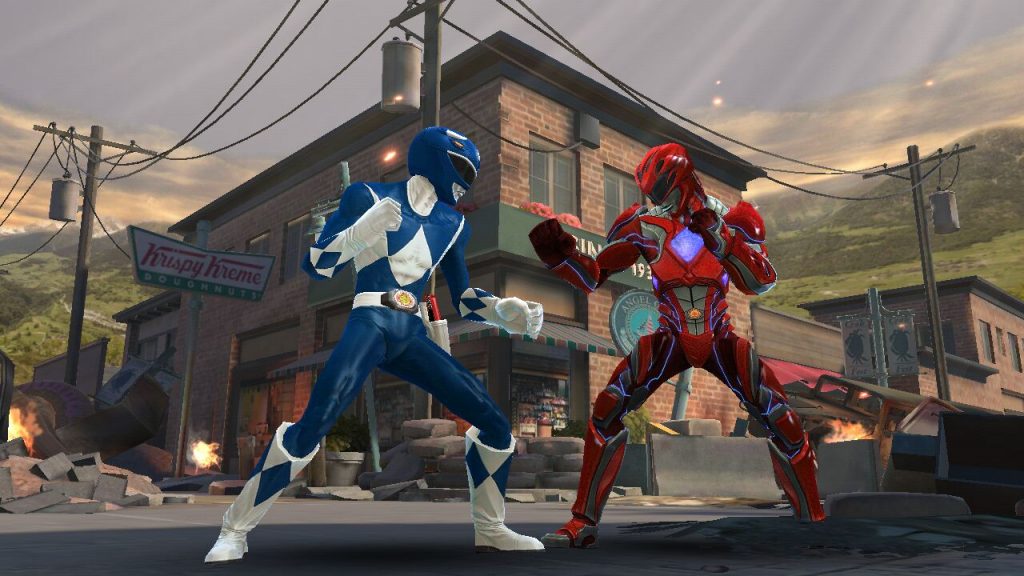 As a player, you will need to resist the forces of darkness summoned by the evil witch Rita Repulsa by collecting Power Ranger characters that span over the franchise’s 24-year history. Assemble teams of both villains and rangers in order to take down the armies of the wicked witch which include Ranger clones that have been programmed to fight for her.

The gameplay is quite simple with no additional story overlay. The characters don’t interact which each other except in the arena where they are supposed to fight to the death in bands of three versus three. Players can move their characters backwards or forwards by simply swiping the screen. In order to attack or block you’ll need to tap on one of the three options. Every action costs power points, so after a hit you’ll need to wait a few seconds for the power to be replenished.

You’ll notice attack cards come in three colors: yellow, blue and red. That’s because the game has a system – red trumps blue (blocking), blue defends against yellow attacks and yellow attacks have priority over red. But while most of the time the game follows this pattern, a few times I noticed a disengagement from these rules. For example, I was able to block red attacks with blue more than a few times. Additional cards will let you invite another member of your team into the battle for a short period of time.

Additionally I observed some lag between tapping on a card and the Power Ranger actually executing the command, which was probably due to my data-connection or some server issues. During such matches, moving my character proved to be extremely difficult, while my opponent seemed to move extremely fast. Since the game allows you to fight against real players in real-time PvP, it is recommended to be on a strong Wi-Fi connection when you play the game.

Warriors can be upgraded using Zeo Shards which you earn through battles and missions. You if you want to get better players or upgrade your fighters, there are in-app purchases that can get you there fast. You can acquire Power Crystals (good for speeding things up and upgrading characters), Power Coins (also for upgrading characters), Morph Boxes (mystery prizes) and even new characters. But spending money is not the only option – you can simply play and play until you unlock these upgrades/characters. 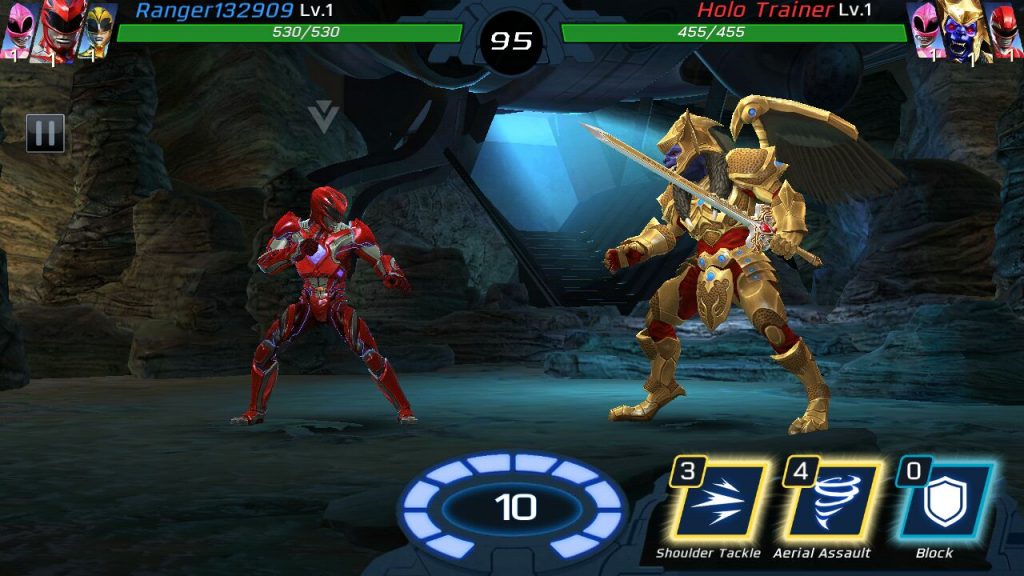 A few words about the visual gaming experience – the graphics are quite well executed and the fighters enjoy fluid movements. The backgrounds aren’t super exciting but they look nice. As for the music, it’s nothing out of the ordinary – exactly what you’d expect from an action-packed game like this.

Conclusion: The game is fun and engaging to play at first, but be prepared to spend quite some time in the training pit if you want to upgrade your characters and be able to take on more skilled opponents. After a while it got a tad tedious for me, as you end up executing the same actions over and over again. Basically you just have to tap on cards and remember the rules.