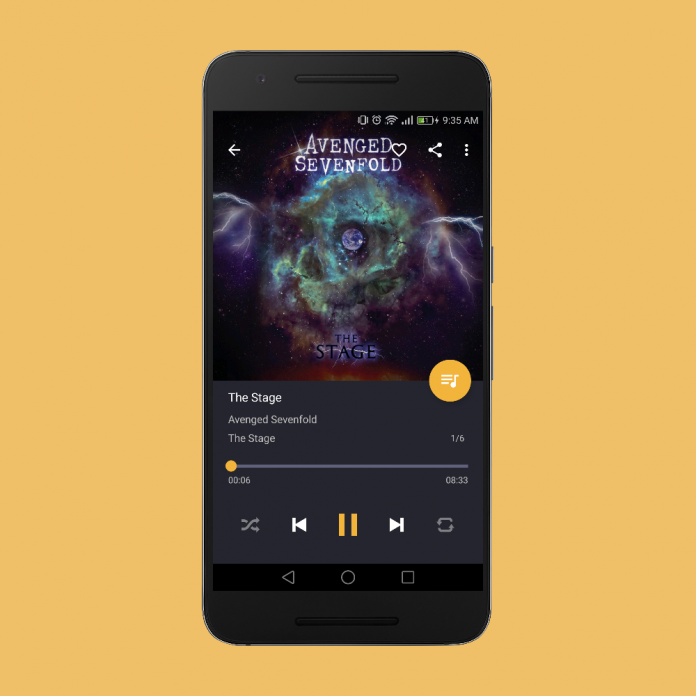 Anyone who knows me can attest to the fact that I am obsessed with music. I’ve made sure that I can listen to music in any situation I’m in, be it driving or working, walking or taking a shower. It is always nice to listen to songs that can transport your mind to different situations, that can make you feel better, that can make you cry because of how good they are.

However, I’ve found that most phones come with a default music player that is completely devoid of features and that is probably an afterthought for phone manufacturers. Why leave one of the most important parts of your life to an app that is not up to the task? Enter Pulsar Media Player, by Rhythm Software, an app that aims to change that by providing a beautiful interface and useful features around your beloved music collection.

The bad thing about this is that if you receive a lot of voice messages, or record voice notes yourself, you need to filter them out. You don’t actually want your voice messages to get played on that awesome party you’re throwing on Friday, right?

Pulsar gives you an option to exclude folders from the library scan, so at least you can leave out your Whatsapp audio files folder, for example. In some other players, I’ve seen options to filter out songs of a certain length. That is not included in Pulsar, though.

But don’t get me wrong, having almost no setup is amazing and it should be the way apps work, so kudos to Pulsar for it.

Upon opening the app, you will see that the layout is very similar to the Play Store. There are five (configurable) tabs at the top: Albums, Artists, Folders, Genres, and Songs. You can also add Playlists if you want, and reorder them to your liking.

Artists and albums are sorted into a grid view that looks superb, since it incorporates the album art/artist picture in the grid cell. Also, the app analyzes the picture and adjusts the background of the cell accordingly, making the whole grid very colorful. If you prefer, you can change it to list view, but why should you?

The five tabs of the main screen
1 of 5

There’s a navigation drawer with the same options available on the main screen, so it is kind of redundant. The only useful aspect of it is that you can access the Play Queue quickly. Also, from this menu, you can access the options. I firmly believe that with a little bit of tinkering, the side drawer could be scrapped altogether to avoid redundancy.

If you need to search, there’s an app-wide button for that. It not only performs the search in the current screen, but in the whole library. Just write a big enough query (read: don’t type “the”) and it will show you artists, albums, and songs that relate to the term.

When selecting an artist, it will take you to the artist page, which shows all of the albums associated with them, as well as the respective album art. It will also show a nice picture of the band through a neat material-esque animation.

The artist/album interface
1 of 3

It will list all of the songs, and you can even order them by album, name, date added and date released. For your convenience, there’s a shuffle button to start listening to the artists’ songs right away.

Selecting an album will take you to a very similar screen, in which the album’s songs are listed with exactly the same arrangement.

The Now Playing screen has everything you would expect from it. No more, no less. The usual play/pause button, previous and next, shuffle, repeat (none, one, and all), and a seek bar are there for you. Almost all of it is occupied by the album art (which by the way, Pulsar tries to download automatically if it’s not added into your ID3 tags).

There’s also a button for checking out the playing queue, where you can sort the songs that will be played next, remove them, and go to their corresponding artist/album. On the top, you will see buttons for sharing songs, liking them, or even play then to Google Cast devices.

The first thing I could notice about Pulsar is that it is lightning fast. It seems like performance was high on the list of priorities of the developer, because the app is buttery smooth. There’s no slowing down when dealing with a lot of images, although my library has approximately 1300 songs, so it’s not the biggest out there. As always, your mileage may vary.

The attention to detail is very evident in the UI. Being implemented with Material Design in mind (like every app should be by now), the app feels right at home on newer versions of Android. Nice animations are all over the place, and everything just makes sense. It is certainly better than the music player included in my Huawei Honor 7 Lite.

There are absolutely no surprises when listening to music. Transitions from song to song are fast, playback does not skip, and it overall works exactly as you expect it to.

There are a few options you can change, but they’re not as extensive as in other music players. Apart from options previously mentioned, you can also toggle options related to artwork, such as controlling if the app will download album art or not, if it should do it with Wi-Fi only or with mobile data as well, and show artwork on the lock screen.

For some people, Last.fm scrobbling is essential for any music player they use, and I’m glad to say that Pulsar does include it as an option. There’s also gapless playback and prevent autoplay when connecting to Bluetooth (a very useful option indeed).

Finally, there are three themes you can choose from. There are 13 more of them available in Pulsar Pro, which is only $2.99 away. This Pro version also includes a 5-band equalizer, 9 equalizer presents, bass booster, and reverb settings. There are no ads in the free version, but I would encourage you to buy it to support the developers.

Pulsar Media Player is a (very) lightweight alternative to the default one included on your device. With a sleek, smooth interface, and no-nonsense approach, it is very easy to recommend if you’re not a power user.

Sure, there’s a EQ available in the Pro version, along with some other useful choices, but if you’re the type of person that cares about stuff like specifying a minimum length for a song to be added to the library, controlling if the app should launch when headphones are connected, or that kind of very specific use cases, then Pulsar might be a little too light on features. However, for the vast majority of users, Pulsar is an alternative you should keep on your radar. 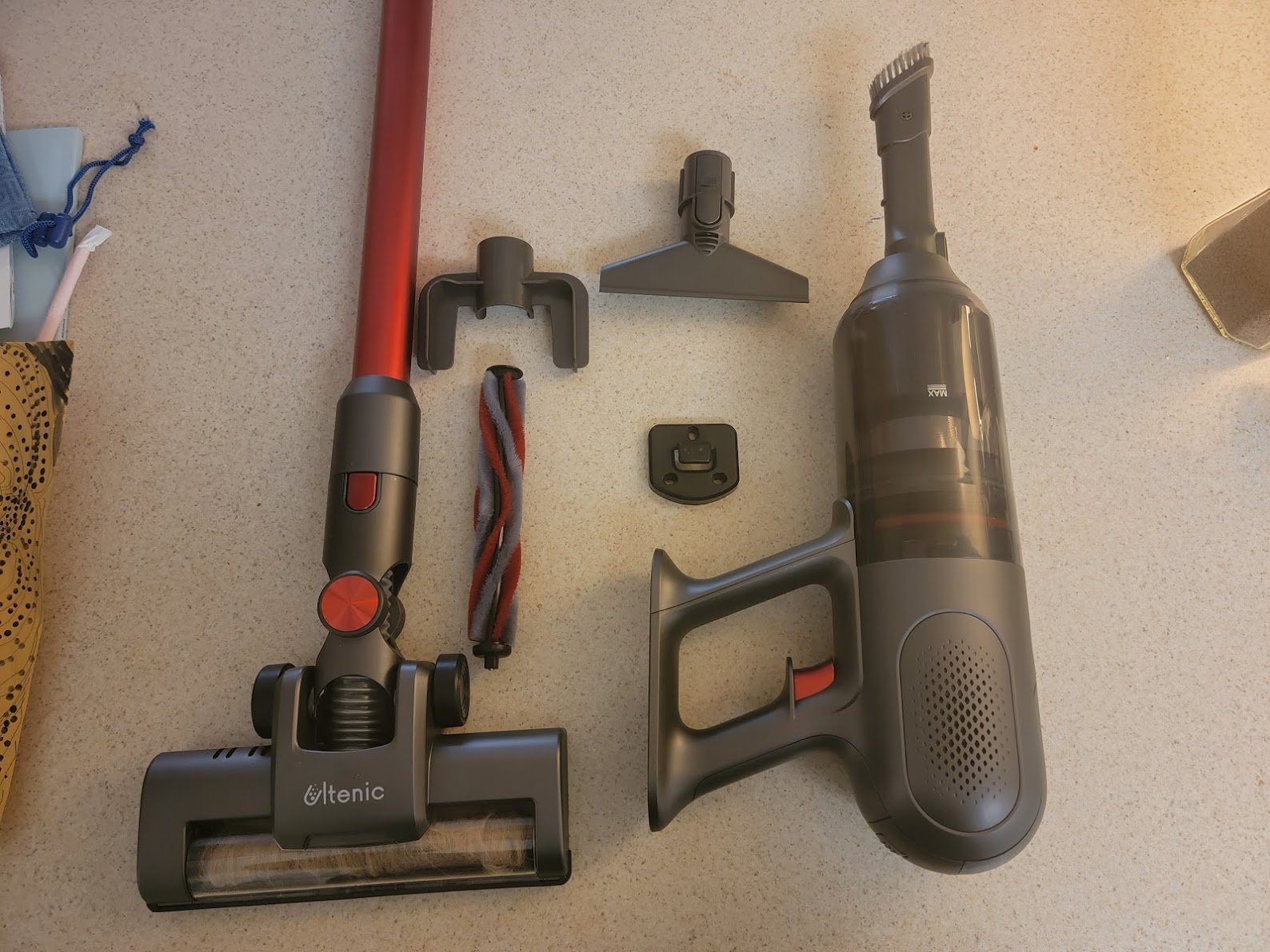