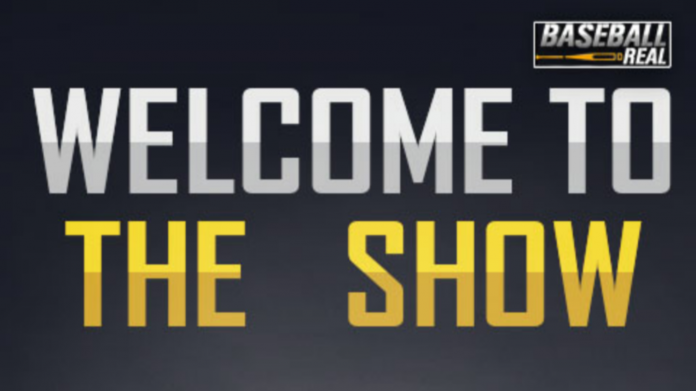 They say that imitation is the most sincere form of flattery. Then there are people who try and imitate to gain success off of other people’s work. Italy Games has several apps on the app store that are heavily influenced by other popular apps. Real Baseball seems to take most of its cues from another popular baseball app available on iOS, but does it add enough of its own flair to hold it’s own on Google Play? Let’s take a look.

The game starts off walking you through a brief tutorial that teaches you the basics of batting and pitching. The basic controls are to just tap when you want to swing the bat or aim the ball on a grid, then tap to throw the ball. There are multiple modes to choose from, but only quick play and season are open from the start. The rest are unlocked from completing season games.

Quick game or season games are fairly quick. Each game only consists of one inning, so even seasons go by pretty quickly. Most of the AI opponents are pretty easy to trick while pitching. They are pretty good at picking off fastballs but seem to be incapable of hitting change-ups if they are pitched straight down the middle. Batting is a little more challenging as you have to time your tap just right depending on the speed of the ball, but you don’t have to aim towards the pitch or anything, just tap.

Batter Challenge is a typical home run contest. You get points depending on how far you hit the ball, with home runs being the most valuable and increasing your score multiplier. All the pitches fly straight and at a moderate speed, so there’s nothing to trip you up other than your own timing. There’s nothing that is gained through Batter Challenge except for some in-game currency, so to make progress, Season games are the preferred way to go.

Overall, the gameplay is rather dry. You don’t need to aim your bat swings, just tap. You do aim your pitch but you aren’t timed, there’s no skill required, just drag and tap. You can strike out every batter with any pitch aimed low and near the batter. They will miss 99% of the time and if they do hit, they will usually have a poor hit and be out by first base. Batting is just a matter of timing and taping when the ball is just before the base. After a game or two, it becomes mindless.

There are a large number of outfits to purchase, upgrades that improve your batting and pitching, and draft picks that unlock players with better stats, but until you are very deep in the game, these upgrades aren’t necessary at all. There are a few in-app purchases to remove ads or to gain currency fast. Apart from the ad removal, purchasing in-game currency hardly seems worth it because by the time you’ll actually need any upgrades, you’ll be sitting on a pretty big mountain of cash, assuming the game can hold your interest for that long. The only fun part of buying new outfits is the funny translation errors and knock off names of the teams, my favorite being Gibnts in place of Giants.

Real Baseball is a mediocre baseball game where timing your taps is key to success. The AI is very unskilled and will fall for the same tricks time and time again, which causes the game to grow stale fast. While there are a number of upgrades available, none of them are necessary at all, as the game simply provides little in the way of challenge. Between mediocre gameplay and laughable translations, this is a game that can easily be passed up.