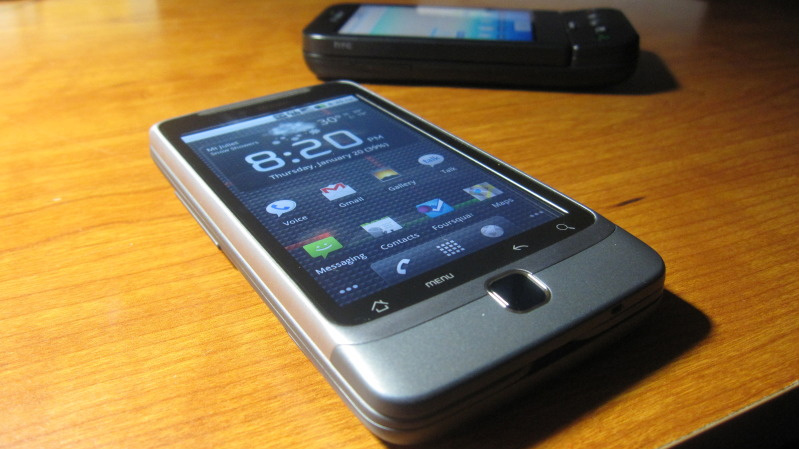 More than two years have gone by since Google, HTC and T-Mobile gave us the world’s first Android phone, the G1. Tucked behind the 3.2inch display and 5-row keyboard was an infant OS with exponential potential. Now the same team has come together again. The G2 gains a modern design and HSPA+ support, while retaining the G1’s landscape qwerty keyboard. Evolution or just a spec bump? Will it stand as a great device even with all of the new dual-core phones? Read along to find out. 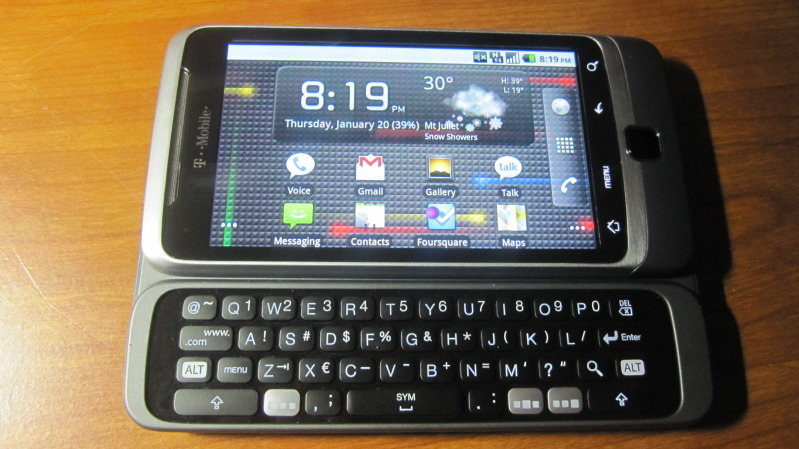 The G2’s hardware is tough, premium, and gorgeous. The stainless steel and grey casing make the phone seem a cousin of the Nexus One. The unlock switch/latch for the battery door is convenient and it features a dedicated camera key. HTC kept an extra navigation option by upgrading the G1’s trackball to an optical trackpad, which works well.

Then comes the shining star of the device: the keyboard. The buttons are larger than the G1’s, and they are raised enough to give tactile feedback. Unlike the G1, you can feel and hear the “pop” of each button press.

There are two unique features about this keyboard: the Quick Keys and Z-Hinge. Three “Quick Keys” along the bottom row the keyboard can be mapped to custom apps or shortcuts. I set the Quick Keys for people I contact the most, so instead of using my contacts list to find them, I can use a Quick Key to call them from anywhere in the OS. 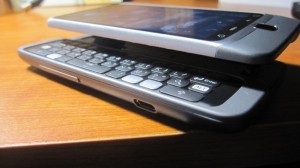 The other unique feature is the Z-Hinge. Instead of the keyboard sliding like a normal landscape qwerty, the top part of the device lifts and moves in an arc to reveal the keyboard. It simply feels right when opening and closing the keyboard.

The device comes equipped with a 5 megapixel camera with autofocus and 720p video recording. The camera software is stock Froyo camera software, so don’t expect too many options. The G2’s camera is a double-edged sword: still shots are above average, and the two-step camera key helps keep shots focused. On the flip-side, video quality isn’t too great. It cannot pick up fast motion well, and the audio quality is poor. Don’t expect to get a great video of a concert, but it does get the job done.

The G2’s battery life is great. During a specific test, I unplugged my phone at 7 a.m. and plugged it back in at midnight with 15% charge left. I used Twitter, Facebook, and email throughout that day, used GPS navigation for 15 minutes, made a couple of calls, and played games for about 30 minutes. A full charge  of this 1300mAh battery will definitely get though a normal day, so no worries here.

The hardware/design of G2 does have a couple of minor flaws. First, there is no front-facing camera, nearly a standard feature as we look at 2011’s devices. The other flaw is the widely reported loose Z-Hinge. This does happen on my G2, but it doesn’t bother me. It might bother other users, though. 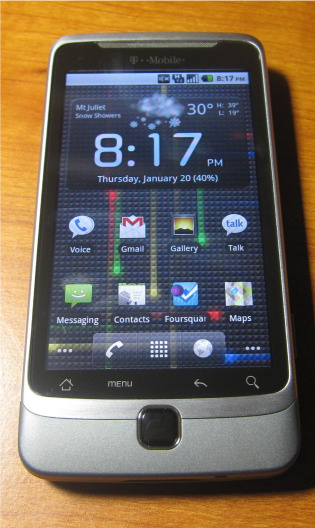 The G2’s processor is the Qualcomm MSM7230 Snapdragon clocked at 800mhz. Before you gasp at the thought of a “next-gen” Android device running below 1ghz, let me tell you that because it’s part of Qualcomm’s Snapdragon series, it out-performs 1ghz Snapdragons.

I loaded on a few of Gameloft’s HD games, such as Modern Combat 2: Black Pegasus, and they performed excellently, with no lag. Web browsing is very fast, even in an area without T-Mobile’s HSPA+ coverage. I had no problem loading up Flash-intensive sites, but I did experience some lag when pinching to zoom on a page with many Flash elements.

So don’t count this phone out from a processor standpoint. You can always root the handset and overclock if you absolutely need 1ghz or more.

The G2’s best software feature is the very-close-to-stock Android 2.2 Froyo. The only added apps are a few Google apps, the Quick Keys app, and a couple of T-Mobile apps including WiFi Calling. This is a mostly a huge win. WiFi Calling worked well, and is one of my favorite features. Being able to call with any WiFi network can be a life saver, and it even seems to produce clearer call quality than traditional calling. Wifi Hotspot (works with HSPA+ too!) is also included, but you have to pay for an additional hotspot plan if you intend to use it.

The only flaws of the software are with the included apps. While I do use many Google apps, there are some pre-installed, like My Tracks and Finance, that I do not care for, and they are impossible to remove without rooting the device. It’s not a deal-breaker, though, since the G2 comes with over 1gb of app storage (not to mention Froyo’s apps-to-SD support). Overall, this is second to only the Nexus S if you want a stock Android experience. 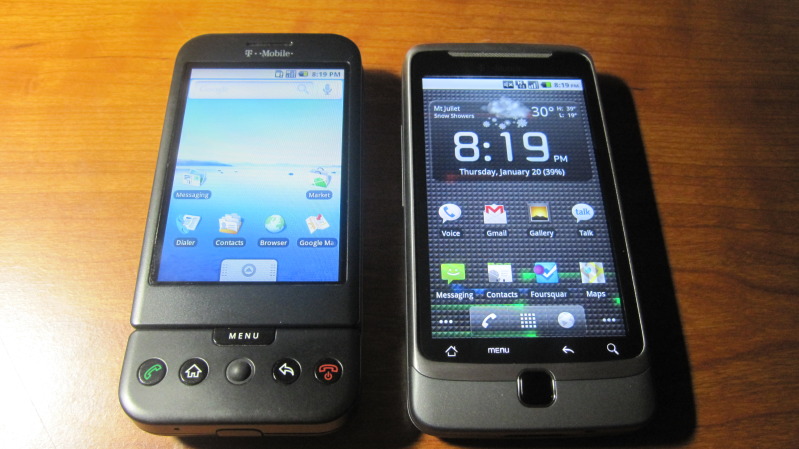 The G1’s replacement, the G2, is a fantastic handset that continues the legacy of its predecessor, with unique hardware elements like the Z-Hinge and new features like HSPA+ and WiFi Calling. But with dual-core handsets being released, is it worth skipping the G2 and waiting for a better device on T-Mobile? Maybe so, if you don’t mind waiting several months for a dual-core qwerty Android, but the G2 will still be a great device even then. This is currently the only high-end choice on T-Mobile with a physical keyboard, and in my opinion, the best device on the carrier right now. The G2 is a superb Android device that offers the stock Android experience and can do almost anything you throw at it.