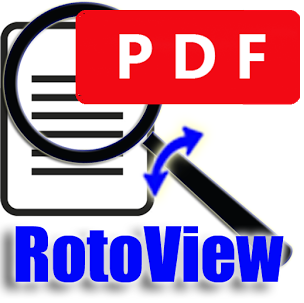 As a college student, I find myself opening PDF documents on my phone quite often. From class syllabi to assignments to event flyers, PDFs tend to be one of the most frequently used document forms around campus. So when I began to explore RotoView PDF Reader, I wondered what set it apart from other apps like Google Docs or Polaris Office. As the name suggests, Rotoview offers a different approach for viewing PDFs, especially content-rich documents.

Many of the documents kept on my smartphone are content-rich — that is, each page of a PDF contains a large amount of text and/or photos, forcing me to zoom in to read specific lines. Admittedly, I have gotten frustrated with other PDF readers after zooming in, because I am forced to drag around the document to reach a different part of the page. The developers behind RotoView sought to fix that annoyance by implementing gesture-controlled scrolling within a PDF document. 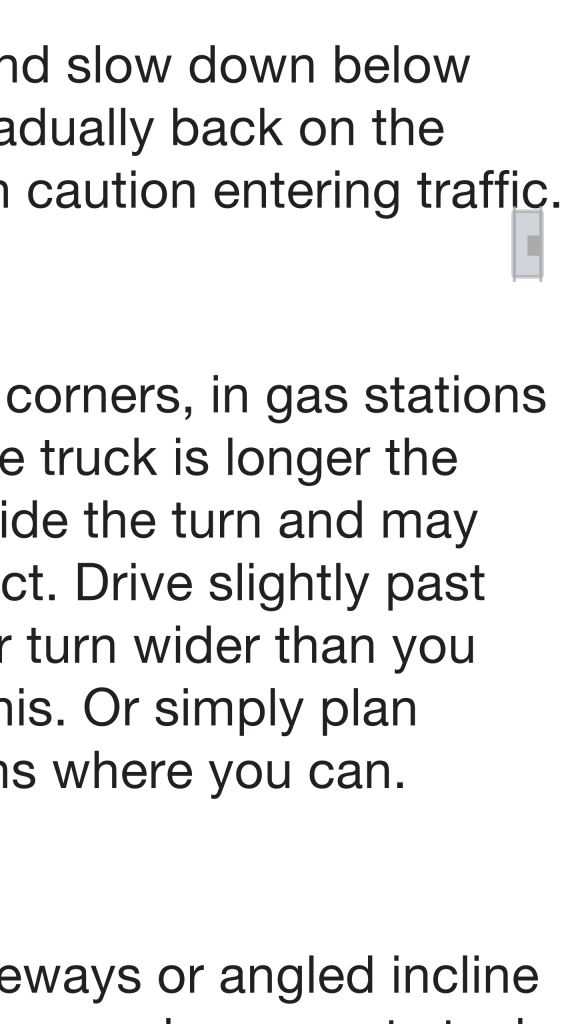 Essentially, RotoView (which is also the name of the gesture feature within the app) can be enabled or disabled in a few ways. Once enabled, users can tilt their device up, down, left, or right, to move the document around. For the most part, the gesture control works as well as can be expected. It is a bit wonky at first, but after some adjustments to the sensitivity in the settings, I finally found a happy medium between scrolling speed and angle sensitivity.

Once RotoView is enabled, moving within a document is fairly self-explanatory. I did get slightly frustrated once I found a particular place in a document, as any movement of my smartphone caused the viewfinder to scroll elsewhere. I found an option built into the app that disables RotoView after a number of seconds without movement (the number can be adjusted, as with most features in this app), and I immediately put it to use.

I was pleasantly surprised to see all the adjustment options built into RotoView, as some device accelerometers are more sensitive to certain angles. It is worth noting that RotoView will not work unless the user is already zoomed into a page of a PDF. 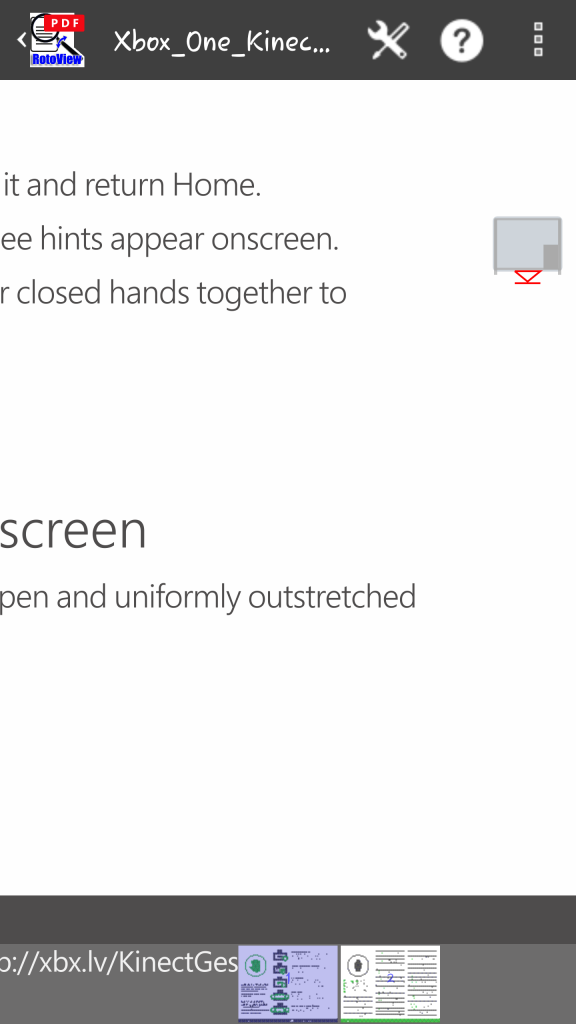 The RotoView gestures also include a page-scrolling feature, which I found very useful for multiple-page documents like a class syllabus. By moving the viewfinder all the way to the left or right side of a page and holding it there for a second,users can get to the next or previous page within the PDF. A small arrow will appear before the page switch is made, so the user isn’t surprised when they suddenly find themselves on another page.

This gesture also works with PDF documents that show pages above and below each other, rather than to the left or right. It is worth noting that the page gesture can be disabled in settings. 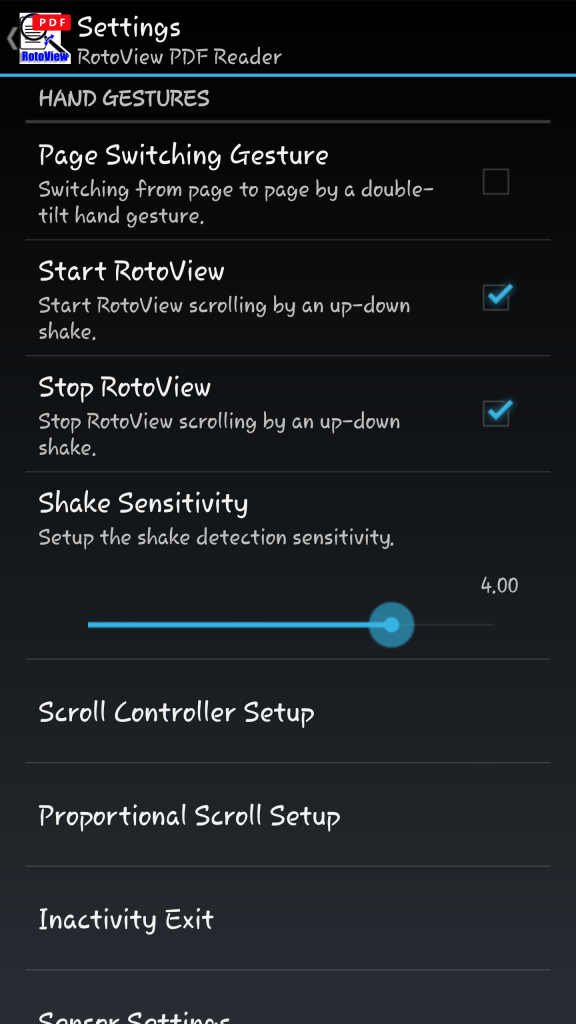 The main gesture feature is enabled with an up-and-down shake of the device, a caveat to an otherwise fluid system. I lost track of the number of times I shook my Galaxy S6 up and down at every imaginable angle before the app finally recognized that I was trying to enable the gesture. While the sensitivity for this shake-to-enable feature can be adjusted, I have yet to enable it on the first or even third attempt.

RotoView also brings a feature called Continuous Scrolling to PDF viewing, and I actually found myself using this more often than that standard RotoView feature. Continuous Scrolling is essentially the same as the main gesture, except that the former is enabled with a long-press anywhere on a zoomed-in document. Once it is activated, the gesture scrolling will work as long as the user’s finger remains on the screen. 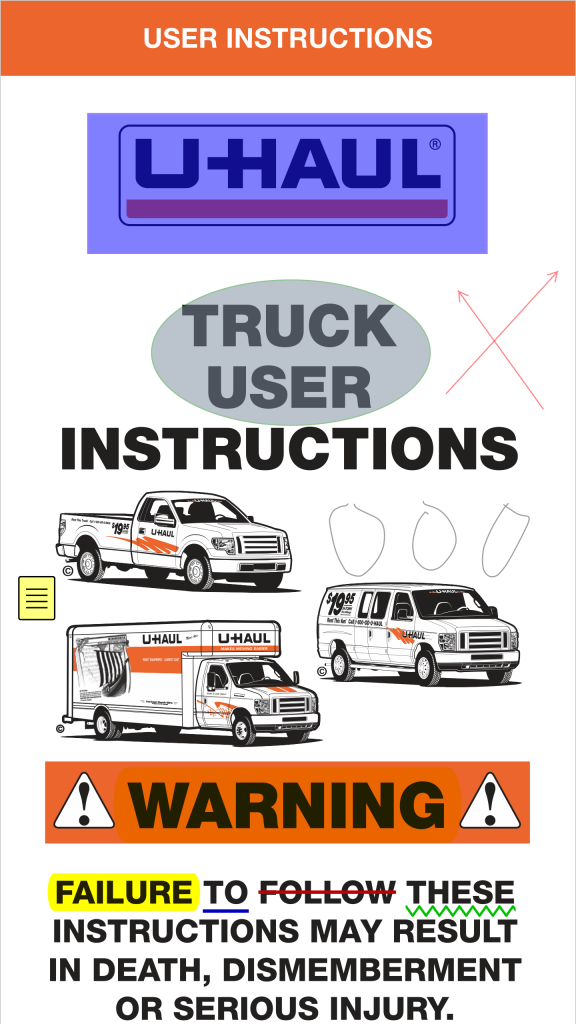 All the features mentioned above are great for PDF viewing, but what about PDF editing or annotating? RotoView seems to have an answer to this question, with integrated annotation options. Within a PDF document, users can enable several different annotations, such as drawing a square, circle, straight line, or freehand line. I took the liberty of showing what each of these looks like in the screenshot above.

There is also an option to select text and highlight it, underline it, strike through it, or underline with a squiggly line (as in, this word is misspelled). I used the highlight feature quite a bit with class schedules, highlighting test dates and assignments. Finally, users can add a small note anywhere on the page, as seen on the left side of the photo above. Of course, the colors for all these annotations can be changed to whatever your heart desires. 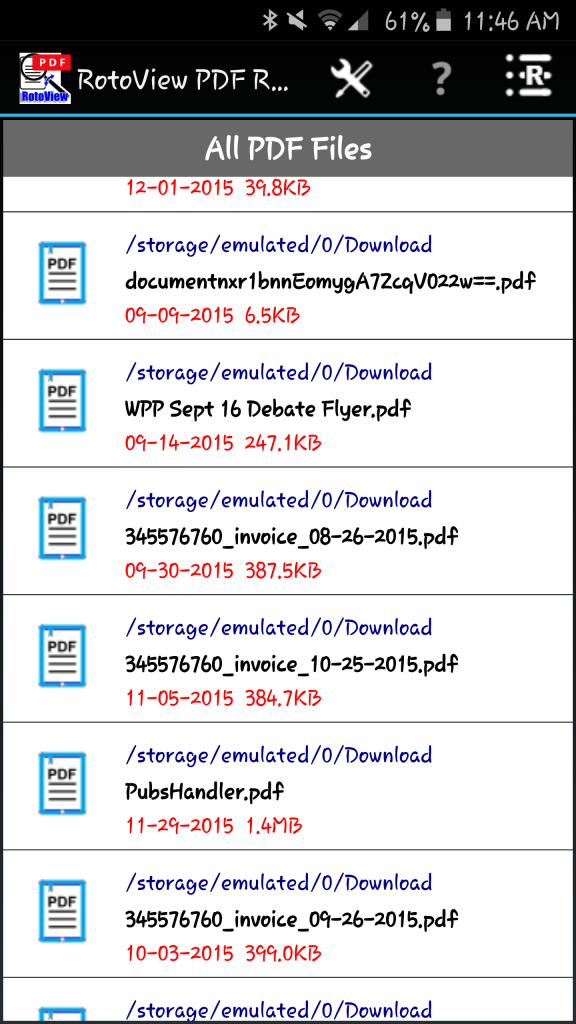 The overall look and feel of RotoView PDF Reader leaves more than a little to be desired. Outdated color schemes and highlights were definitely not in keeping with more recent Lollipop and Marshmallow design trends. For those of you who have been around long enough to remember it, the colors and icons of RotoView actually remind me of Android version 4.0, called Ice Cream Sandwich. With light blues and blacks throughout the app, it’s clear that RotoView may be in need of a serious design upgrade.

Opening the app brings you to a list of all the PDF files saved on your local storage. Interestingly, the list doesn’t seem to be organized in a certain way. The files are not listed by date or alphabetically, nor are they prioritized by which was opened most recently. After digging through the settings, I found no way to implement any kind of organization in the main list. This is more of a nuisance than a deal-breaker, especially for users who have more than a few PDF files on their device.

A small settings icon at the top brings back those old Android design notes again. The options are actually fairly extensive, with even more choices enabled if you choose to purchase the $0.99 premium upgrade (which I recommend). The same design flows through the settings, and it serves as another reminder that function over form is certainly the name of the game for RotoView.

Within a PDF, the optics are only slightly more pleasant. A scrolling thumbnail view of the pages in the document sits at the bottom of the screen, and it disappears after a second or two. The menu bar at the top does the same once you zoom in, but it can be quickly called upon with a simple tap anywhere on the screen.

Even without the premium upgrade, the gestures and features packed into this app are outstanding. With a bit of tinkering, users can get some great usage out of RotoView. Despite this, an outdated design does bring the app down a few pegs. A refreshed look with Lollipop design cues would launch this app into contention with some of the most-downloaded document viewing apps currently available on the Play Store.

The bottom line is that RotoView PDF Reader is a solid app that gives users an alternative way to view content-rich PDFs on their smartphone or tablet. Where it lacks in appearance, it makes up in function. RotoView PDF Reader is available for free from the Google Play Store, with a $0.99 in-app premium upgrade that enables saving annotated PDF files. The upgrade also disables ads within the app itself.

MiMedia: A worthy contender in the storage battle (Review)