Overview- If you are in the market for an inexpensive Android device, you might want to check out the Samsung Galaxy Prevail. The Samsung Galaxy Prevail is only $180 on Boost Mobile. The Prevail offers an 800 MHz processor, 384 MB ram, 3.2” screen, 1500 mAh battery, and a 2 megapixel camera. The Prevail falls into the “Mid-Range Android Device” category, so before reading this review, do not expect too much from this phone. Last, when purchasing this phone, Boost Mobile will require you to have a data plan. You can grab an unlimited everything (voice, text, and data) plan for only $50 per month, which drops $5 every six months (that do not need to be consecutive) until you are only paying $35 per month, sounds like a good deal to me.

The Samsung Galaxy Prevail is a very light phone, weighing in at only 3.8 oz. The weight of the phone is a pro and a con, the weight makes it comfortable to hold although gives it a cheap plastic feeling. The design of the phone is all black plastic with a metal band that wraps around the phone. The Prevail has a 3.2” screen with a resolution of 320×480, as you could guess, the screen is a depressing point to the phone because text and pictures do not come out as clear as you would want. As far as buttons go, the Prevail has the standard sleep/wake button on top and a dedicated camera button on the side. The added camera button was a great addition in my opinion, when you press the button its opens the camera, then you can press the button again to take a picture. The fact that they added a camera button is a bit odd because the Prevail only has a 2 megapixel camera. Last, on the front of the device, there are four capacitive buttons on the front which provide decent haptic feedback and they are backlit.

If there is one thing I dislike, it’s overlays on top of Android (HTC Sense, Motorola Motoblur, and Samsung Touchwiz). One great benefit to the Prevail is stock Android 2.2.2 (Froyo). Since the Samsung Galaxy Prevail only has an 800 MHz processor and 384 MB of ram, stock Android does a good job at not making the phone bog down. Though the Prevail comes with “Stock” Android, there are some features that showed up which are part of Touchwiz (Samsung’s Android overlay). The features were the “Email” icon, the “Calendar” application (not exactly the Touchwiz calendar but definitely not the stock calendar), and the touch tones that the phone makes.

Before I move onto the next topic, I want to talk about one of the largest software issues, the keyboard. Before I bash the keyboard, I would like to say that the Prevail does come with Swype. I am not a personal fan of Swype, but using it on the phone was decent, it had its little jitters, but for the most part, Swype was pretty solid.

Now like I just said, I am not a fan of Swype so my first response when getting this phone was to use the stock Android keyboard, big mistake. I would really like to say there is something good about the stock keyboard, but there is almost nothing good to talk about it. When you type, the phone often recognized one tap as two. For example, if you try to type the word “Hey”, you end up with “Hheeyy”, if you are lucky. Most of the time if you type and it starts to do the “double tap” thing; spell correction will just in and start ruining your words even more. So instead of just each letter doubled, you start getting words like “Hatter”, instead of “Hat”. Besides the words getting all messed up, I am a huge fan of haptic feedback, but turn it on with this phone and you are just asking for trouble.

If you have ever used a phone with a 1 GHz + processor, you know that haptic feedback is great and it keeps up with each letter you press. With the Prevail, you type the word “Hello”, which should respond with five vibrations, you get like fifteen vibrations that are not even synced with the letters you are typing. I have even found the vibrations continue even when you stop typing because the phone is trying to catch up. The final note I have to make about the keyboard is how crammed it is, since there is only a 3.2” screen on the Prevail, the keyboard feels tiny. Having a phone that relies on a software keyboard that sucks doesn’t make the phone a pleasant experience.

When jumping between screens, there is a slight lag but it’s very subtle and almost not even noticeable. And before you start to ask, Angry Birds works great on this device. Most applications would open 1 to 2 sentences after tapped and when you tap the “Home” button, (for the most part) you would be instantly taken home. If you are used to using an Android device with a 1 GHz + processor, you will notice obvious speed differences and lag, but if you are coming from a “Dumb-phone” or “Low-end” Android device, you will feel a bit of a speed bump.

If you are coming from a Blackberry, for the most part, you will feel increased speed, less lag, and less glitching (based on Blackberry Curve 3G). Last, if you are switching from an iPhone (4 or 3GS), for will feel a noticeable speed drop, more lag, and more glitching.

The Samsung Galaxy Prevail pairs a 1500 mAh battery with a low-speed processor and minimal ram. With this combination you would expect outstanding battery life, but all you get is a dead phone, literally. While using the Samsung Galaxy Prevail, i received about 12 hours of little to no use and about 5 to 6 hours with heavy constant use. Although this is normal battery life for phone like the Droid X and Droid Incredible, the Droid X/Inc are powering more ram and more processor speed. Samsung must have done something wrong when adjusting the battery usage. Also, the Prevail only has a 3.2” screen, which shouldn’t be taking up battery, but it does. All I have to say for this phone, and (almost) any other Android phone is keep a charger with you at all times.

This is a topic I debated on adding though realized a lot of people would like to know this. The Samsung Galaxy Prevail has a 2 megapixel camera so you can already expect your photos to be pretty low-end quality. The Prevail has a fixed focus so you cannot focus on objects or people; there is also no face detection. Though these are all signs of horrible quality, I have to say the quality was somewhat passable.

If you take a look at the sample pictures below, they aren’t terrible, but they also aren’t the best. If you want to photos to look decent, you have to take some time, find good angles, and have lots of lighting. Trying to snap of a quick picture is where your quality will drop, which is unfortunate because that’s how most mobile phone pictures are taken. Overall, if you take your time with the pictures, they will come out decent, but if you try to snag a quick pic, well, good luck with that. 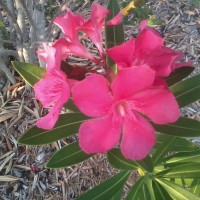 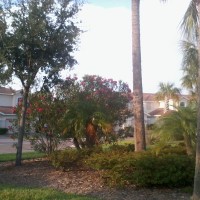 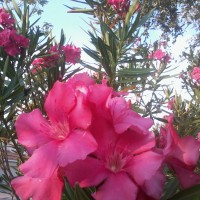 Next, the video camera quality was, well, bad. I have nothing to say about trying to defend the camera or how to get decent video quality because it’s virtually unobtainable with this camera. It is not HD quality and the quality it gives you is about as useful as not having the video at all.

Do you agree or disagree with our review? Leave your comments below or on our Facebook wall and we will be glad to read them.