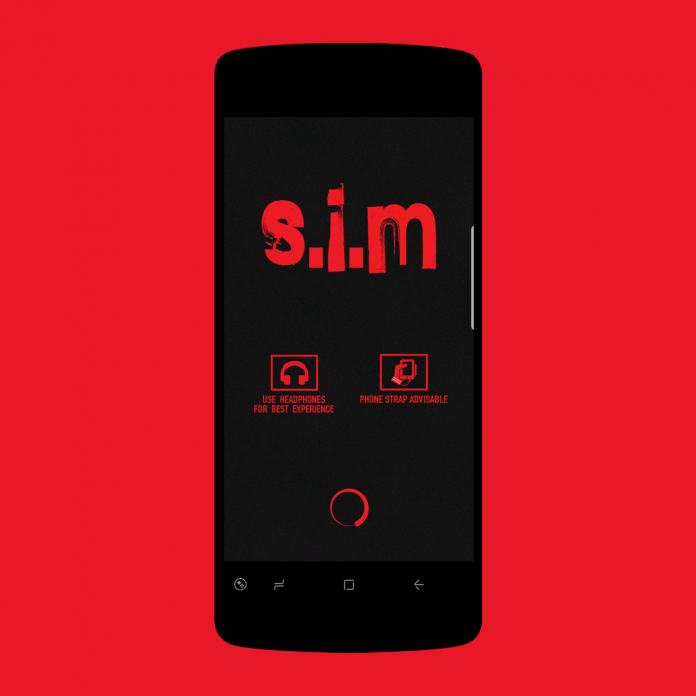 If you are a fan of horror games and you own a console, then you have a plethora of choices at your disposition, thanks to years of success of franchises like Resident Evil and Silent Hill. However, if you only game on your Android devices, the choices become more limited. Sure, there are some available, such as Dead Effect, Limbo, and Five NIghts at Freddy’s, but there’s not a lot to choose from nonetheless. Sara Is Missing is here to appease your need for horror games, and it manages to immerse you in its world in such a way that I’ve rarely seen on a mobile game.

Upon launching the game, you will be greeted with an unlock screen, similar to the lock screen found in the gleeful iOS 6 era of iPhone devices. The history behind it is that you found a device and it is your job to find its owner. The first thing you might think is something like “Sure, I’ll just call the owner’s mother and that should settle it. What a boring game.” Oh, if it was that easy…

You’ll soon find I.R.I.S., which would be the result of a baby between Siri and Jarvis (you know, Tony Stark’s intelligent assistant). She will start talking to you about how Sara, this phone’s owner, has gone missing and you need to help it find her.

However, this is not easy because a lot of the data inside this phone has been “intentionally damaged.” I.R.I.S. recovers some data, and, from there, one hell of a ride starts.

The game is completely done on a phone interface, so you actually feel like your phone is Sara’s phone. You can access her messages, email, gallery, phone history, and contacts, just like a real phone. After going through the game a little bit, you will even start receiving messages and phone calls, which makes it amazingly believable and immersive.

You’ll have to explore through the phone and find clues about Sara’s whereabouts. If you find something, I.R.I.S. can examine it and she will tell you her opinion on it. Through these interactions with her, the story progresses further and you will be presented with choices that really do matter.

Talking about the story, it will get creepy really fast. You have to watch a video at the beginning that sets the tone pretty well for what’s about to come. The game foreshadows the events that will happen later through texts and emails. Some of the multimedia that you have to deal with is seriously macabre, but everything does a good job in setting a very tense and frightening environment.

There are three different endings, all based on the big choices you have to make. When the game ends, it resets itself so that you can go through it again and try different combinations to see where do your choices take you the next time.

I must admit that I’m not the strongest person when dealing with horror stuff, but the game does a terrific job in keeping you tense at all times. There is nothing that could be considered ultra scary, but watching the story unfold in front of you and slowly making you a part of it is one of the most fascinating experiences I’ve ever had on a mobile device.

Unfortunately, I can’t give you full details because anything more and I would start to spoil the story for you, but the developer did an astounding job in making sure that the game closely resembles your normal interaction with a regular device.

Going through a gallery of images and videos, receiving phone calls and voice messages, and sending messages to other people is what makes this experience so enthralling. It feels like you’re part of that world because everything feels so natural.

There’s a part where you are receiving messages from a person. He answers very fast, and the typical “is typing” dot animation accompanies all of his messages. However, there’s a moment in which the animation stays there for a while and you don’t receive an answer. You really start to wonder what happened to the guy and why he doesn’t answer, especially after reading his last replies.

A few minutes later you start receiving creepy pictures based on your choices. The phone starts to malfunction in some instances. The messages you receive and the choices you have to make get creepier by the minute. This all may sound like small things but every little detail adds up to make such an engaging experience.

As previously said, the whole game is just experienced through a phone interface. If you remember how iOS looked before Scott Forstall was fired (that is, before iOS 7), then you already know how Sara Is Missing looks. This makes the game look outdated. Why would the phone interface of my Samsung Galaxy S8 look like an operating system from 2012?

The interface for messages, gallery, and even the keyboard look like Forstall was hired for designing the interface for this game. I can understand that it would be too much to ask for the interface to change according to the phone being used, but if the developer wants to provide an iOS interface, then at least iOS 10 looks more modern.

One thing to note about the graphics is that the game reaches amazing levels of performance with them. Every click triggers an action immediately, fluidly, and without frame drops. It’s even better than the TouchWiz versions from a couple of years ago.

The game is not that sound-intensive. There are some sound effects here and there, especially those ones made by the messaging app. The audio from the videos you will have to go through is clear and of decent quality. Phone calls and voice messages can sound a bit muddy but I’m pretty sure this is done on purpose.

Since you’re in a phone interface, there’s no background music. The game, however, recommends you to play with headphones so that you get more immersed. This is especially good while watching videos and receiving phone calls. However, I played most of the game without headphones and it was as enjoyable as it was without them.

No one can blame you if you think that a game that simulates a phone interface could be fun. However, Sara Is Missing is able to provide a compelling experience, thanks to a intriguing story that keeps you on the edge at all times. The biggest complain about it is how short it is. We are talking about one hour, maybe one hour and a half of gameplay. There are three different endings, however, but no one can deny how short it is. Anyways, two hours of one of the most enthralling experiences around are awaiting if you download Sara Is Missing, for free and without ads. Sounds like a good deal to me.

Download and install Sara Is Missing from the Google Play Store.