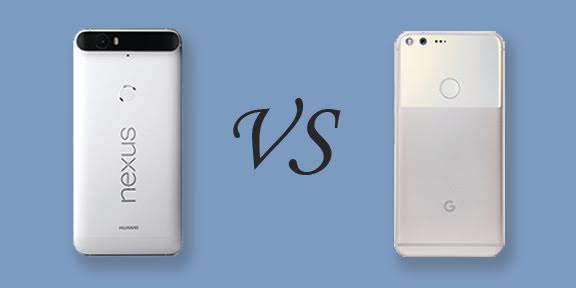 I’ve always been a compulsive upgrader; I upgraded to every new Nexus phone, I rooted it before I even installed Facebook, and I installed daily ROMs (and switched ROMs about once a week). Over the years, however, I’ve seen a shift in my taste – I prefer consistency and convenience to being on the buggy, bleeding edge these days. Don’t get me wrong, I signed up for the Nougat beta on day one and still have a dozen or so beta apps installed on my trusty Nexus 6P, but I don’t have enough time or energy in my adult life (sigh) to dedicate to the ever-changing phonosphere anymore.

But I digress. You’re not here to hear (read) about my phone purchasing habits, you want to know whether or not you should upgrade to the new Pixel XL to replace Google’s Last, Best Nexus.

In short, no. No you should not.

This is really just a game of numbers, as both phones sport AMOLED screens with scratch-resistant Gorilla Glass and identical resolutions. The difference, small as it may be, lies in the fact that the 6P’s screen is 0.2″ larger on the diagonal, meaning that Pixel’s screen is probably a bit easier to handle and slightly denser.

This is really the meat of the operation. RAM, Processor and GPU generally determine how snappy and quick the phone runs overall (though you’ll find an army of iOS users that insist that hardware isn’t everything), and Pixel has a distinct advantage in these three major areas. That being said, however, the old mantra “If it ain’t broke, don’t fix it” is relevant in this situation. Slowdowns with my Nexus 6P are few and far between, and it handles everything I can throw at it like a champ. Even running the Developer version of Android 7.1, the 6P rarely falters. As such, I don’t feel that the Pixel is enough of an upgrade to justify dropping $800+. Ask me again in a year (when the 6P will be a year older, and another Pixel device will likely be launching).

Let’s be honest, here. There’s no difference whatsoever in the hardware features of these two juggernauts. Both include the exact same hardware listed above – the only difference being that one of the phones was released a year after the other. It should be noted that the Pixel lineup features Fingerprint gestures, much to the chagrin of Nexus owners, but Google is on record saying that these gestures may make their way to the last Nexus phones after all – so we’ll call this an even draw.

While both phones feature a 3450mAh battery, the lower power consumption CPU of the Pixel means that you’ll squeeze a bit more time out of the battery – according to Phone Arena, about nine more hours of talk time.

While the technical specs of these two phones’ respective cameras may seem similar at first glance, tech blogs across the land all agree that the Pixel XL’s back camera is vastly superior to that of the Nexus 6P. According to Google itself, Pixel’s camera is the highest rated of any sensor to date, at 89 DxOMark.

The Pixel lineup can do everything the Nexus lineup can do, and more. Pixel has Google Assistant built-in to the system, and fingerprint gestures give added functionality at a touch. That being said, though, as noted above, Google has gone on record saying that gestures may end up coming to the Nexii and both phones already have access to a limited version of Assistant in the form of Allo. In short, the highly touted ‘exclusive’ features of Google’s Latest-and-Greatest, really aren’t all that game-changing.

(Note: I went with retail prices on these two phones, but in reality you can easily find a Nexus 6P for $480 or less.) This is a no-brainer. the Nexus 6P is a flagship quality phone, even by today’s standard, and it was $200 less a year ago, when it first came out. And this, in my opinion, is where common sense comes in. If you have $900 laying around and you really, really want a new phone, go ahead and buy that Pixel XL. But if you’re an average consumer, you’re essentially paying $200 more (original retail price!) for a slight bump in hardware specs, a better camera, and a few exclusive features that may not be exclusive for long.

While Google’s Pixel is an admirable first foray into the mobile hardware market, the incremental hardware upgrade and not-so-exclusive features do not justify the massive increase in price.

But hey, what do I know.