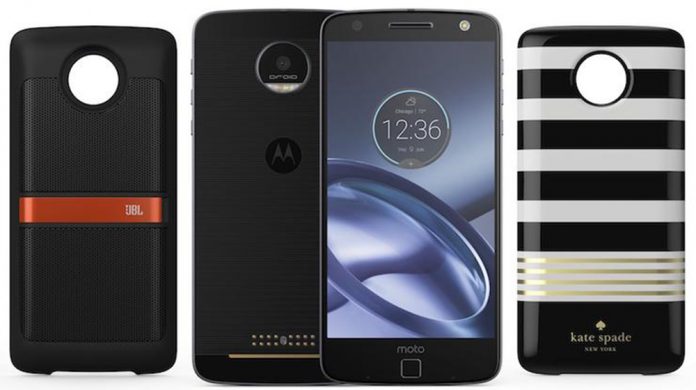 The Moto Z Droid has a smaller battery than the Z Force and Z Play. The Z Droid has a fast fingerprint reader like the others, on the bottom front instead of the back like other Android phones. The sharp AMOLED display works perfectly with Moto Display, since pixels light up only when needed. This is the main benefit of OLED technology, as opposed to LCD and LED.

Unlike the Moto Z Force and Moto Z Play, this phone doesn’t have Motorola’s Shatterhshield technology. Although all of these phones support microSD cards up to 2TB, the biggest SD card on the market is 256GB. (old man voice: back in my day we only had 256MB!)

A negative selling point for some people is that fact that none of these phones have  a headphone jack. Yes, at 5.2mm thin, you’ll have to buy a USB-C dongle. You have three choices: either buy USB-C headphones that don’t exist yet, use the dongle, or use Bluetooth headphones.

In my previous article I talked about a couple of small, interesting features found on the Moto Z Play. I also discussed the Hasselblad camera Mod. In this article I’ll talk about the other mods.

First up, we have the JBL SoundBoost speaker. This lets you turn your phone into a mini boombox, complete with a kickstand. The speaker mod has a built-in 1000mAh battery for up to 10 hours of use. The loudness is rated at 80dBSPL @ 0.5m. 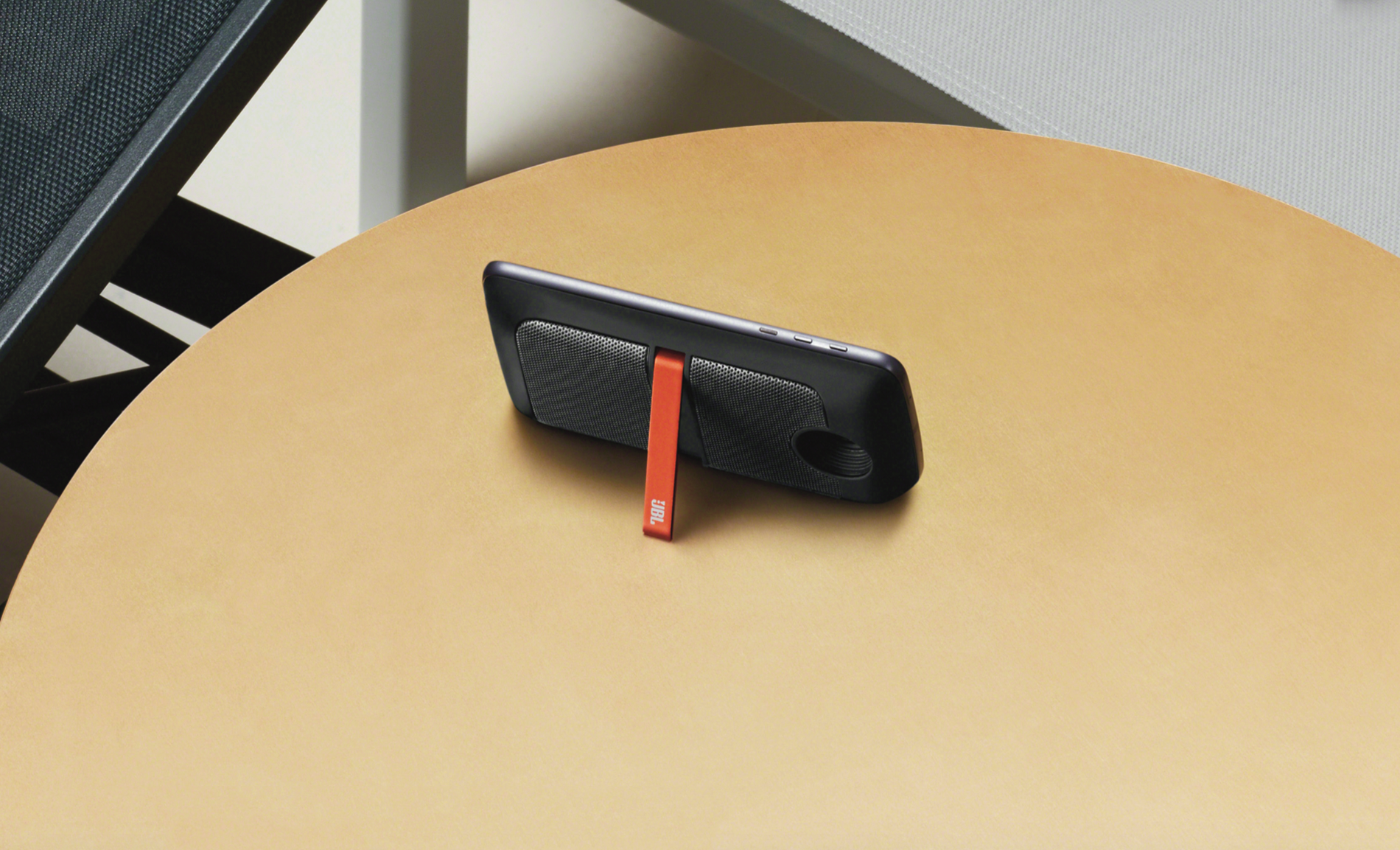 Next is the Moto Insta-Share Projector. Hopefully this projector will be better than the previous model. The old one was $300 and it only played videos at 480p. Its brightness is 50 lumens, and has a battery size of 1100mAh. This should get you an hour of movie time before it starts eating into your phone’s battery. 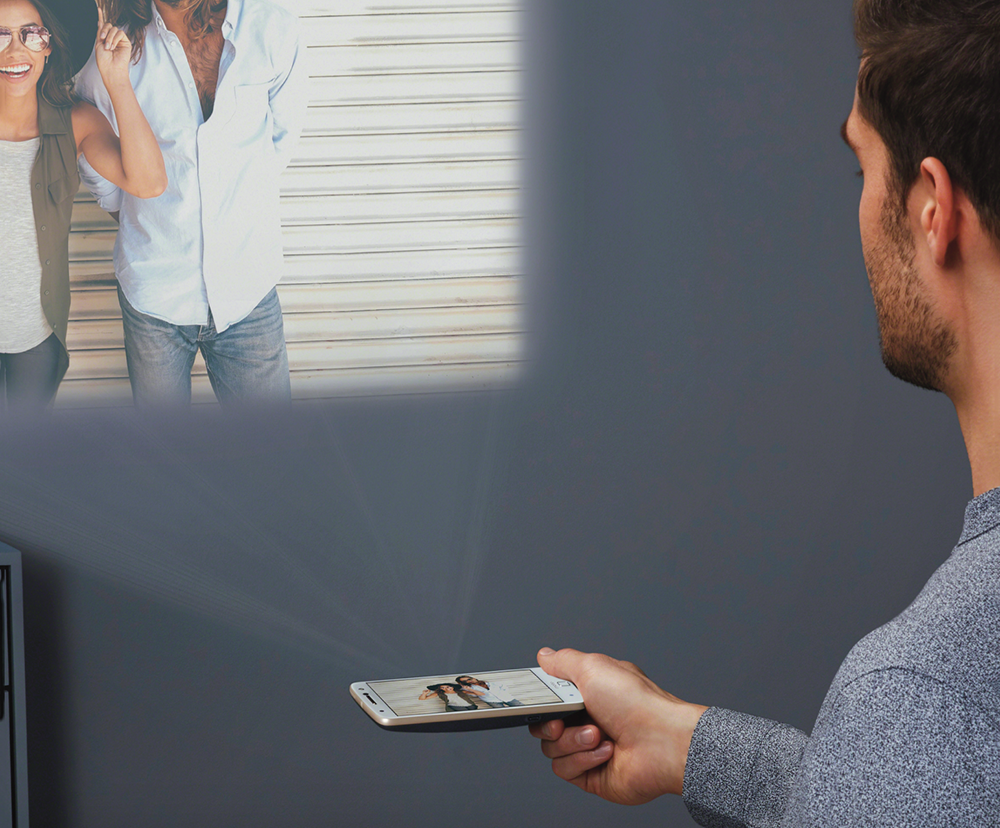 Finally, for you campers and off-gridders, Incipio made an OffGrid Power Pack mod. It has a 2220mAh battery, so unfortunately you can’t fully charge the 3510mAh Moto Z Play battery. It comes in four designs: TUMI Black, Kate Spade New York black and white – for the fashionable among us – and Incipio colors offGRID White and offGRID Black. If you’re a developer interested in creating your own Moto Mod, you can do so with the developer ecosystem. The platform will be supported by future generation Moto Z phones. To get started, visit developer.motorola.com. You’ll need a Moto Z phone as well as a Moto Mods Development Kit (MDK). The MDK includes a reference Moto Mod, perforated board and a cover.