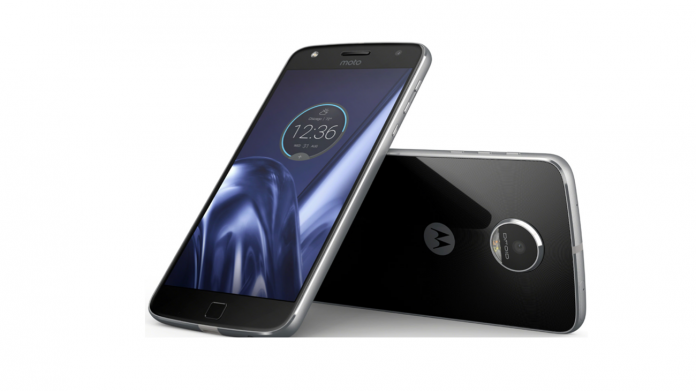 The Moto Z Force Droid can be thought of as the successor to the Droid Turbo 2. It has a fast fingerprint reader and zippy CPU. As we’ll see with the Play, the main feature of the Z line is the Moto Mods. Unlike other modular phones like the LG G5, Moto Mods have a bigger variety. Like the Z Play, the Z Force has style shells to give your phone a desired look. 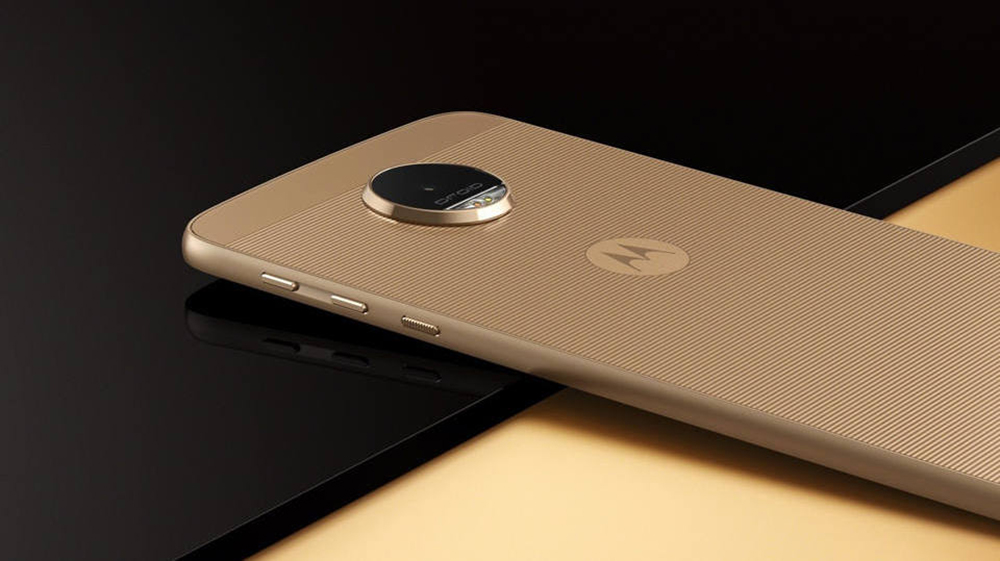 With typical use, the Moto Z Force can deliver as much as 40 hours of battery life. Both phones have Turbo Charging, similar to the Quick Charge brand. It provides “up to 15 hours of battery life” from 15 minutes of charging. Both phones ship with Android 6.0.1. An advantage of Motorola phones is the use of as-close-to-stock Android as possible Aside from a few enhancements, it won’t look much different than a Nexus device.

The Moto Z Play is Motorola’s newest flagship beast. I’ll be discussing features in both articles, so be sure to read the Moto Z Play vs. Moto Z. Droid article.

This phone has plenty of features to keep it interesting and to compete with other phones. Unlike the Moto X Force, the X Play comes in a wide range of colors and includes a fingerprint sensor. Colors include: Black, Silver, Black Slate, White, Fine Gold and Sugar White. Similar to the Moto X Force, the Z Play has a water repellent nano coating.  If you ever accidentally drop it into the toilet, the Z Play will be fine – except for the germs of course.

An interesting feature is that Google Photos will be the default photo app. Whenever I use an Android phone, I’m annoyed at having to use the manufacturer’s gallery app, when all I want to keep is Google Photos. Thanks to Google’s AI, your photos and videos will be automatically backed up, organized and searchable.

You know that awesome feature goes well with Google Photos. The camera! The Moto Z Play comes with Moto Mods. These are add-ons that magnetically snap onto your phone for a truly customizable experience. I’ll discuss the Mods in this article and the other one.

One of the Moto Mods is an insane camera attachment, courtesy of Hasselblad. Some of the most iconic images in history were taken with a Hasselblad, like the first images on the moon as well as The Beatles Abbey Road cover. 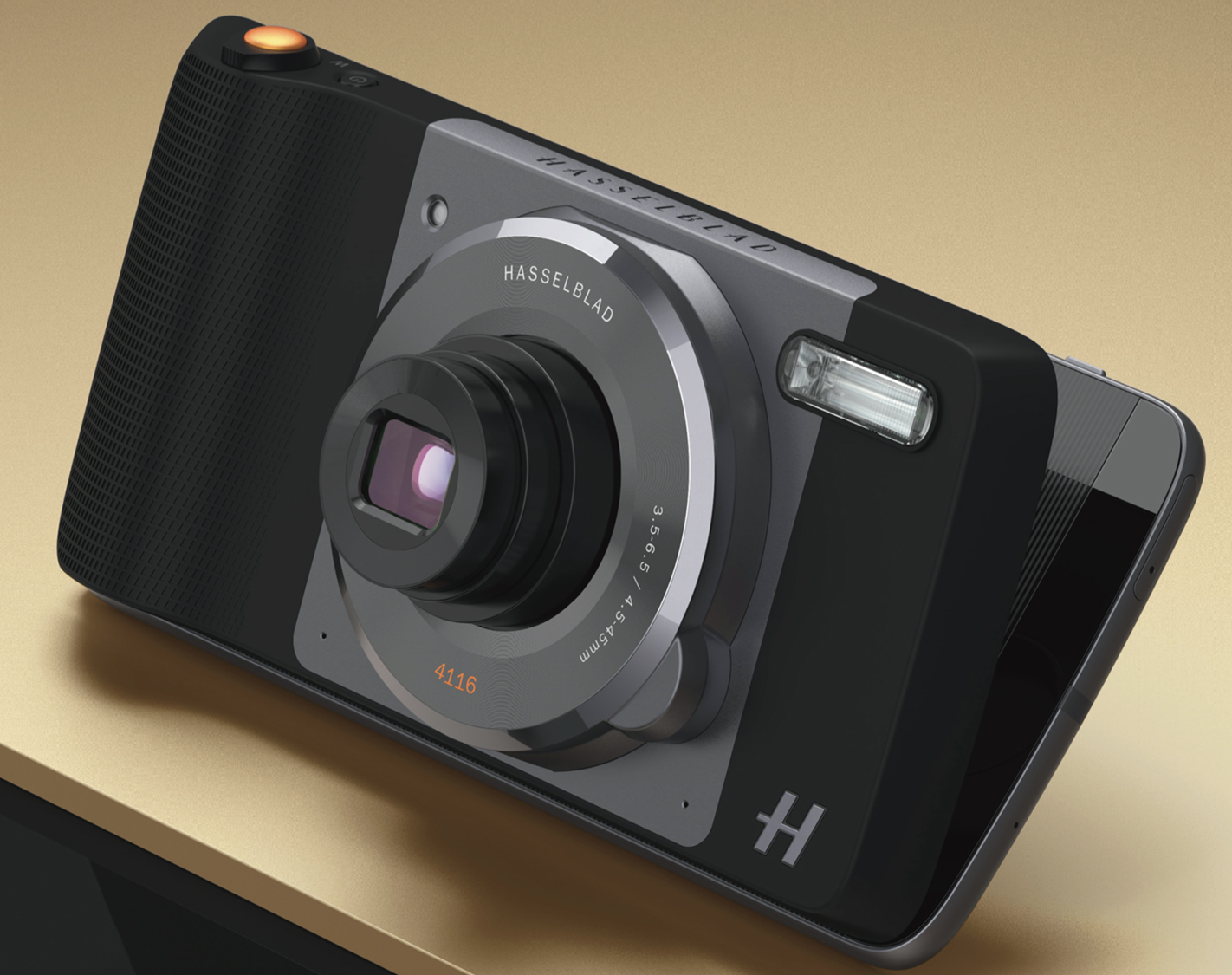 The Hasselblad mod comes with 10x optical zoom, RAW photos, Xenon flash and even Hasselblad’s imaging software, Phocus. If you buy the Moto Z Play with the Hasselblad mod, or even without it, check out our guides on mobile photography and Instagram.

The Moto Z Play also has customizable back covers that you can switch whenever you want. Called Moto Style Shells, there are six designs right now, and more will be added in the future. Washed Oak, Charcoal Ash, Silver Oak, Black Leather, Black Herringbone and Red Nylon are just some of the possibilities. 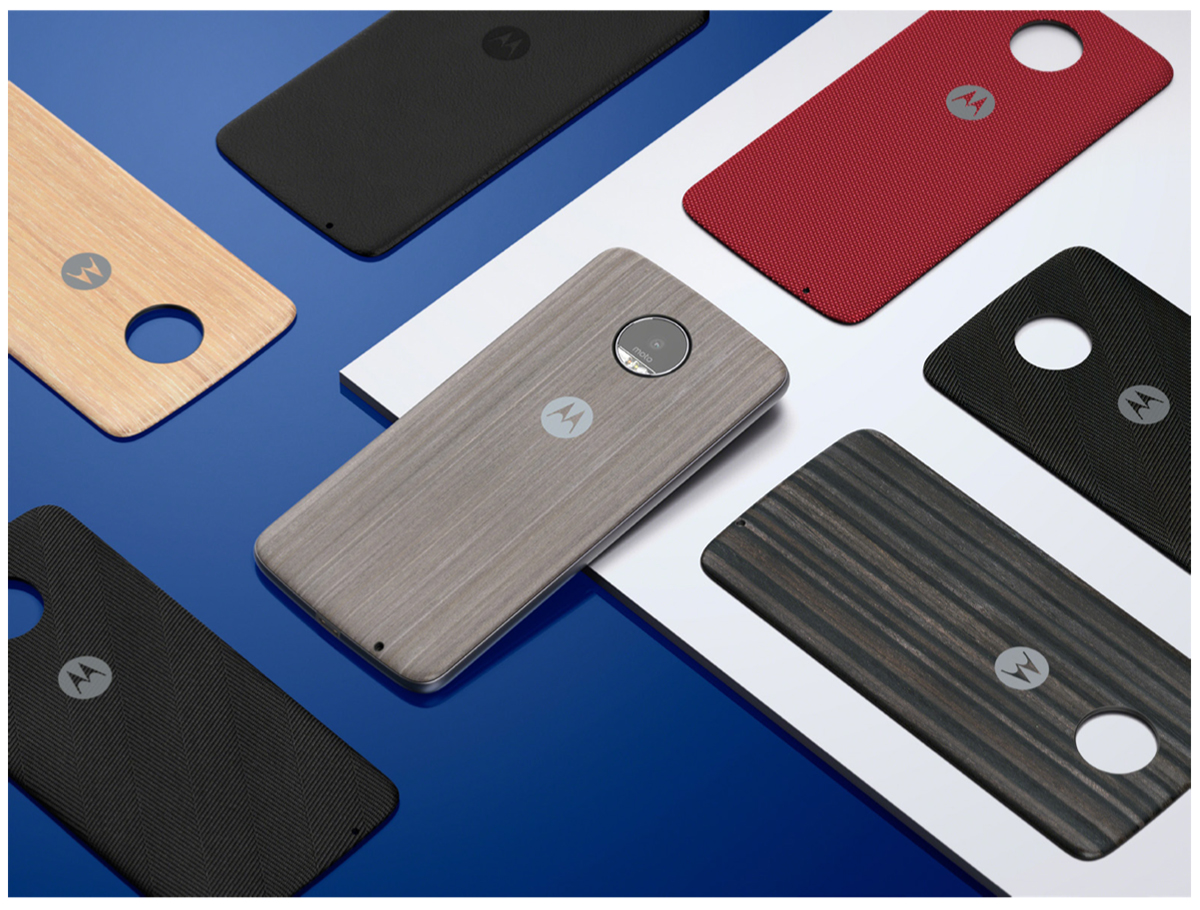