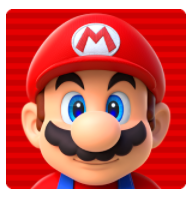 Super Mario’s popularity is undeniable. He has been featured in dozens of video games across multiple platforms, a television show, thousands of different toys and various merchandise, and even in an easily-forgettable Hollywood film. Kids across the globe are quite familiar with Mario’s red hat, blue overalls, and his fist-pumping “Wahoo!” callout.

In the past, Mario and his pals have primarily been found on dedicated Nintendo gaming systems, but with the ever-growing popularity of mobile devices, Nintendo has seen fit to create gaming experiences tailored specifically for the mobile platforms. The first game to feature Mario on the Google Play Store is Super Mario Run.

As mentioned previously, Nintendo made the conscious decision to create a Mario game for the mobile platform that plays to the strengths of the devices. Instead of shoehorning an older, more traditional style Super Mario game, Nintendo and DeNA have created a new game world for Mario to traverse. Players are able to control Mario’s actions with just one hand as he moves forward from the start of each level, hurdling over enemies and blocks that lie before him. To make Mario jump (or wall-jump), just tap the screen–this allows Mario to reach new heights, avoid obstacles and enemies, and collect coins along the way.

Mario’s main goal is to reach the flag at the end of each level, but along the way he will be collecting different types of coins, hopping onto or over enemies, traversing platforms, slinking through pipes and eventually saving his friends in the mushroom kingdom.

As you complete each world, you’ll unlock new areas to explore, of which there are six in total. Each world has four levels to complete, culminating in a boss fight on the final section. This is a similar formula that is found in other Mario games where Mario usually needs to fight off some type of boss at the end of each world. Mushrooms will make Mario “Super” just as they do in other games, which allows the player to take an additional hit from an enemy before being defeated. Just as before, if Mario falls into an abyss, he will lose a bubble and be sent back to retry a section of the level.

Super Mario Run allows Mario to grab ledges if he doesn’t quite make it far enough on a jump. This is new to the Mario universe but makes the game a little more accessible to newcomers and casual gamers. Returning from the previous games are mushrooms, stars, a multitude of enemies, the ability to spin jump and wall jump as well as the collectible red-coins that allow for some bonuses.

Where Super Mario Run differentiates itself on the mobile platform, is in allowing players to challenge other players in a specific mode called Toad Rally. Toad Rally allows players to compete by uploading “ghost data” of level play-throughs to see who can complete a level in the best possible fashion. Things such as time, total coins and style points are all considered in Toad Rally. This is a nice bonus mode that offers a slight distraction of the main single player mode.

Typical to many Mario games before it, Super Mario Run starts out with Bowser kidnapping the princess and holding her hostage in his castle. Meanwhile the Toad people of the Mushroom Kingdom have fled and left Mario to do all the work on his own. The art style is reminiscent of the ‘New Super Mario Bros.’ games that showed up on Wii and Wii U but are rendered nicely on mobile devices. The game features simplistic 3D modeled characters that move about in a two-dimensional plane. This was most likely a decision to keep gameplay simple and approachable while also not requiring much in the realm of processing power.

Music and sound are your traditional fanfare of upbeat tunes and instantly recognizable effects. The famous ding of the Mushroom Kingdom coin plays out with crystal clarity and Mario’s yelps and hoots sound great as he traverses up and across the diverse landscapes. The game moves along at a solid 60 frames per second for silky smooth gameplay that allows for quick-trigger jumping. The entire game is played in a portrait mode and cannot be switched to a landscape view, which is unique for a Mario game. Nintendo did this to keep the gameplay area consistent and to assure that players always have the option to play with one hand on most mobile phones.

Nintendo has done a great job of representing a familiar version of the Mushroom Kingdom on Android devices.  I had no issue with the game loading, rendering game worlds or connecting to the game servers during my multi-hour sessions. Super Mario Run is a decent sized package that will offer many hours of gameplay for even the more experienced gamer and is a great introduction for those that are new to action-platformers.

Mario’s first foray into the mobile market is a solid experience. The simplified controls paired with the ever-recognizable solid gameplay, graphics and sound of the Mario world are a fresh experience on Android devices. Some users have complained about the $9.99 asking price of the complete game, but when you break down what Nintendo is offering here, it’s easy to see that this is a great gaming value.

Nintendo has really delivered a unique and enjoyable experience for mobile gamers with Super Mario Run. Consistent and engaging gameplay within the Mario universe does well for gamers that want a quick challenge in the Mushroom Kingdom. I’d love to see more in the future with additional stage-packs or a full fledged sequel down the line. This is Mario done right on so many levels.