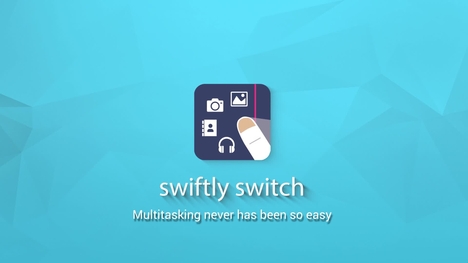 Setup is nice and straightforward, with no rooting required. Once you download and install the app, you can play with the settings and set up favorites. Once you have it where you like, just tap the edge to trigger the shortcut.

With the screens on new phones getting ever larger, and the bodies ever thinner, people have been having a hard time getting a grip. Using large phones with one hand easily is becoming a challenge for many nowadays, especially for those with small hands. Swiftly Switch is an app that aims to help those who struggle with one-handed phone use, as well as power app users who jump between screens frequently. 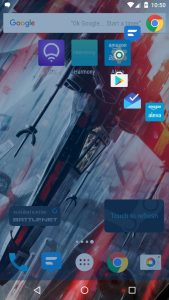 Swiftly Switch is a multitasking app that allows you to bring up a menu of recently used apps in a shortcut on the side of your screen, kind of emulating the 3D Touch multitasking of the iPhone 6S line. You tap or swipe from the edge of the screen where you placed the trigger zone, and the menu pops up. It also has a handy shortcut menu for your favorite apps, as well as navigation buttons and access to settings like a wi-fi toggle and expanding the notification shade.

The app is highly customizable, even in the free version. You can adjust the visibility, size, position, and sensitivity of the shortcut, as well as customize the color that overlays the screen when you activate it. There is a clock and battery percentage widget that pops up when you trigger the shortcut, but that’s able to be turned off as well. In the paid version, you get the option of two different edge zones as well as support for icon packs and pinning apps to the menu. 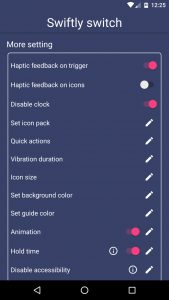 On the downside, The Pro version of the app doesn’t add much functionality of note, and I can’t really justify the two dollars unless you really want that second edge zone. Beside that, using the app takes some getting used to. For the first few days I sometimes forgot it was even there, and resorted back to the traditional recent apps button on the navigation bar. Also, getting the shortcut in just the right placement and sensitivity takes some trial and error. Once you get the hang of it, however, the action becomes second nature.

Swiftly Switch is one of those utility apps that you can just effortlessly implement into your life and wonder how you lived without it. It makes jumping from app to app a breeze, and allows me to keep my huge Nexus 6P flat in my hand instead of having to shift it around to reach the navigation buttons and app drawer. I’d definitely recommend this app to anyone who struggles with larger phones, or the power user who wants to bring their multitasking to the next level.