I recently became one of the many who finally decided to cancel my expensive cable television service. Companies like Cox, Time Warner and Comcast are some of the largest in the world because of their high profit margins. They have instilled a need in us for a service that is more of a luxury than we realize. From a non expert on cable TV service, I find it absolutely ridiculous that I only have access to one TV service in my zip code. The lack of direct competition allows these companies to charge us ridiculous fees for service.

According to research from Leichman Research Group the mean monthly spending on cable TV is $99.10! That total cost works out to almost $1200 dollars a year for service where you use a fraction of the channels. And you would think with 83 percent of households with a pay TV service, the cost would come down, but it has done the opposite. Since 2010 the average cost has gone up 39 percent. In theory TV should be paid for by commercials and advertisements. Netflix doesn’t have any ads and does fine offering thousands of shows and movies for just $7.99 per month.

And the channels you’re most likely interested in like NBC, FOX, ABC and CBS are all broadcasted free over the air and can be watched in full 1080p if you use a $20-30 antenna from Amazon.com.

While there was a slight adjustment phase from having access to over 200 channels, I have learned there are fantastic video streaming alternatives that cost a fraction of the price of cable.

That’s where Sling TV comes in and I have been using it for over two weeks now.

Sling TV is not free with pricing starting at $20 per month, but it does allow you to stream video to a whole host of connected devices. You can stream to smartphones, tablets, streaming boxes like the Chromecast and Fire TV as well as PC and Mac OS computers. 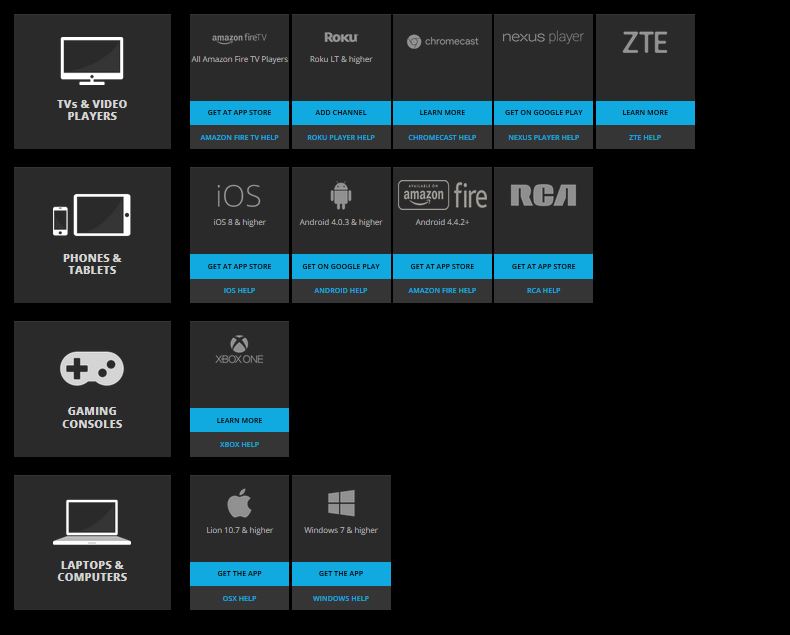 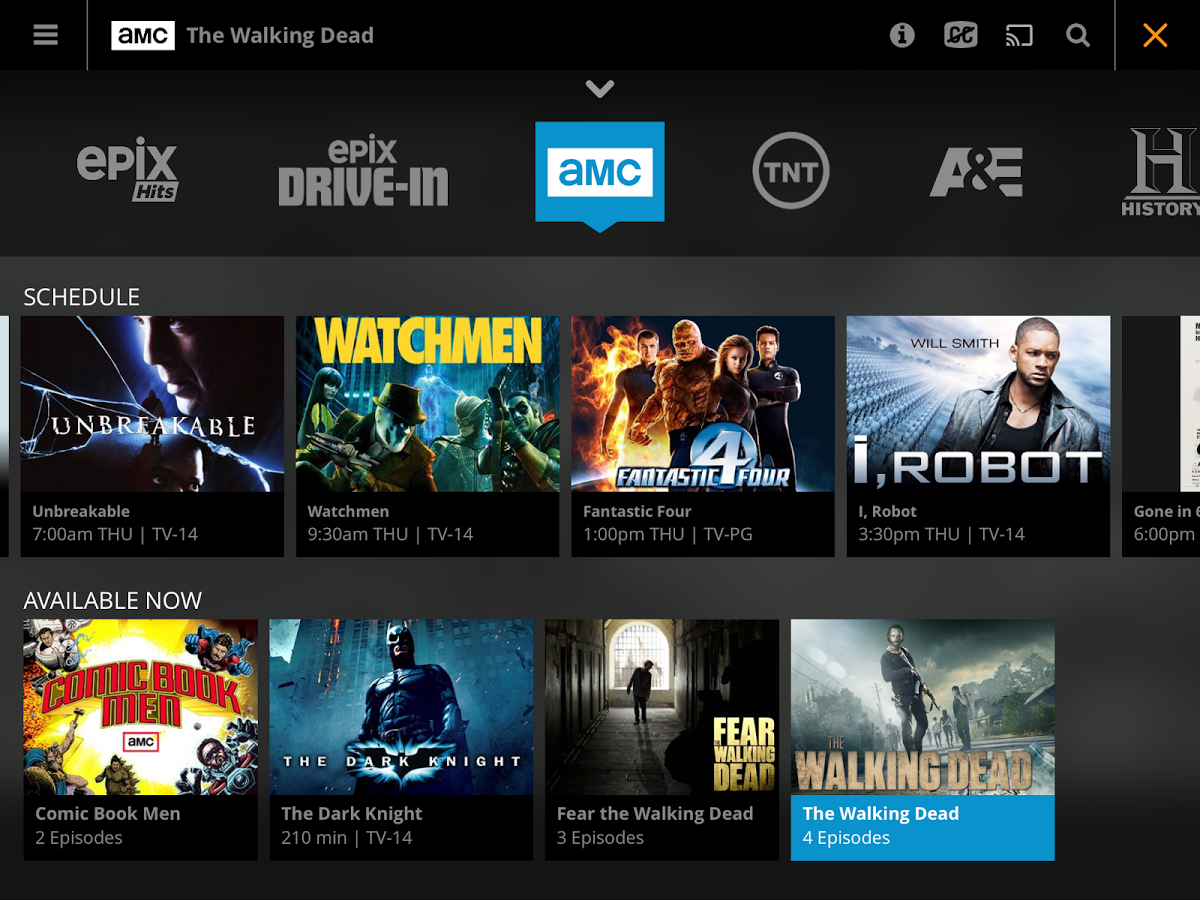 The first thing you need to do is create an account at Sling TV. Sling offers a free seven day trial with access to it’s standard package, but you will need to provide a credit card that will automatically be billed at $20 a month after the trial phase. You are free to cancel at anytime before that though so you’re free to give it a try to see for yourself what disconnecting from cable TV service is all about.

Once I signed up for my free trial I headed on over to the Google Play Store for the U.S. app version of Sling TV. Sling TV is still relatively new and is working through technical issues. The app wouldn’t install on my smartphone no matter what I tried. Although it did install without issue on my Samsung Galaxy View and NVIDIA Shield tablet.

I contacted Sling’s customer chat service and the representative directed me to the international app which was downloadable on all of my Android smartphones. She assured me that it was no different than the U.S. version and in my two weeks of use, I couldn’t find any significant differences.

Initially I experienced severe connection issues to the TV service. But after about 20 minutes of waiting, everything seemed to sort itself out. I most recently watched the NFL Pro Bowl on ESPN followed by Armageddon on AMC. There aren’t any options for local stations like NBC and ABC, but those are free over the air. For the last two weeks I have tried streaming video to my smartphone over the AT&T network and it worked great. T-Mobile even added Sling TV to its Binge On program that allows for unlimited video streaming. 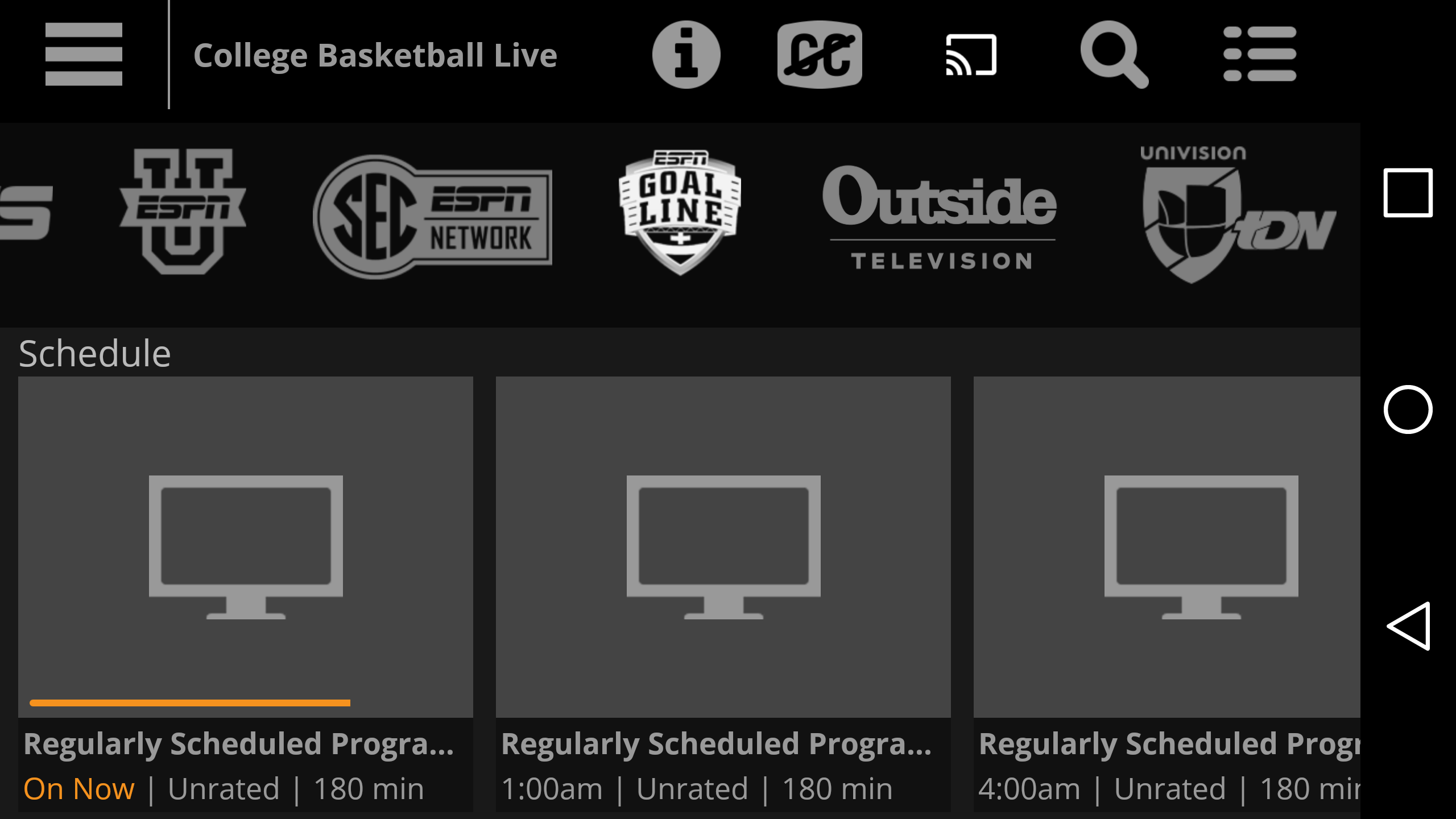 Unlike cable TV, you cannot watch video on multiple devices at the same time. Which means if you’re apart of a family that likes to watch a lot of TV, Sling may not be the best option for you. But if you’re okay with sharing, especially if you have a subscription to Netflix and/or Amazon Prime Video, Sling TV might be a great option for you if you enjoy live TV.

I grew up in the 80’s and 90’s and am used to channel surfing. Kids these days, are fortunate enough to live in an age with DVR’s and commercial free services such as HBO On Demand as well as Netflix. There’s something about having commercials every few minutes to break up a TV show, and there is something to just mindlessly browsing through stations. I don’t always know what I want to watch and having live TV is something I need. Even if there’s nothing of interest on TV, I still love to browse through the channels and Sling TV brings that to me. While Netflix is great, I really don’t have the attention span to sit for hours at a time without breaks.

In my two weeks of use, I have experienced the occasional streaming lag, but other than that everything has worked great. 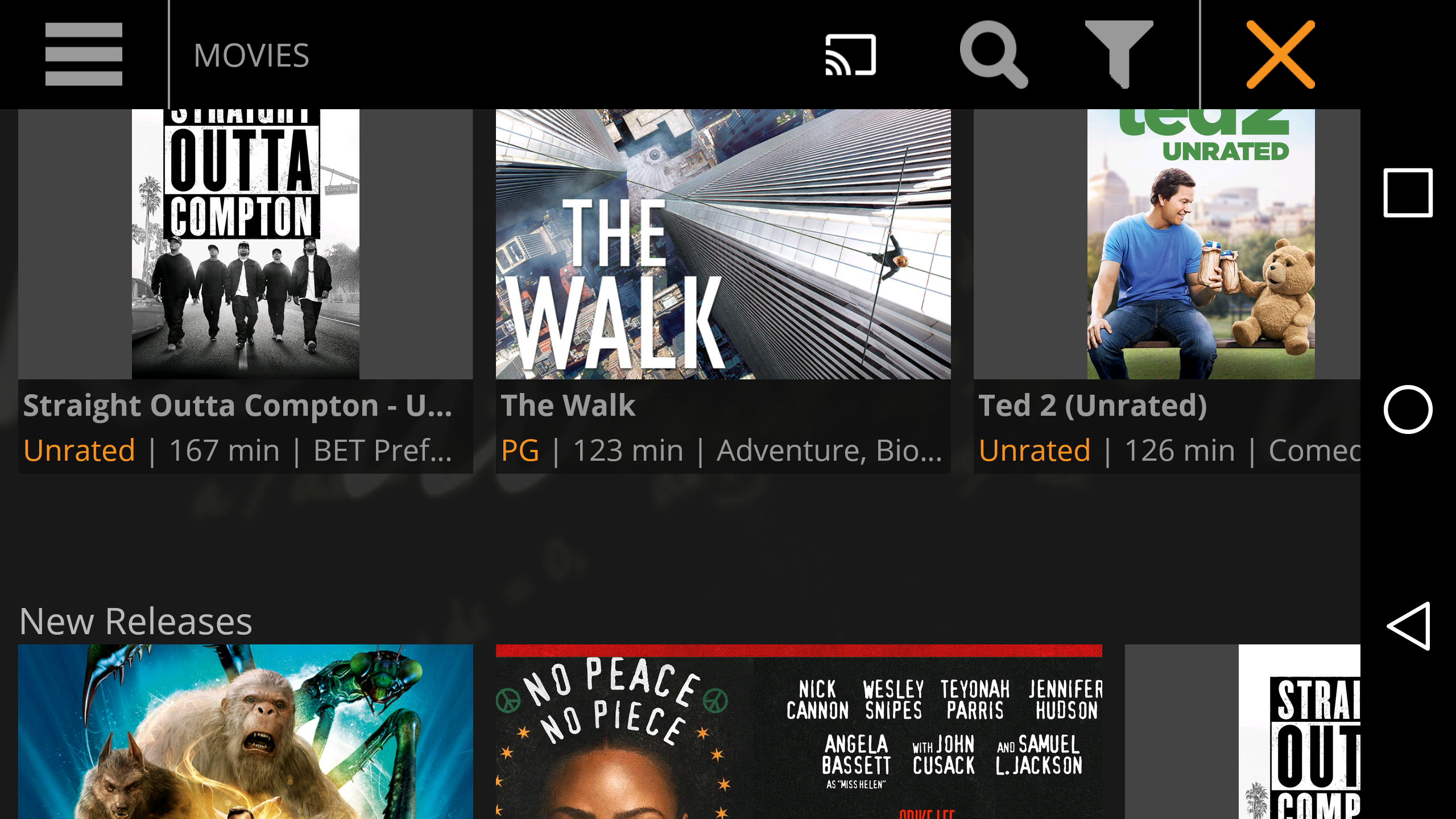 While there are some bugs to work through, Sling TV is a great alternative to cable TV. With cable TV subscriptions costing about $100 a month, it doesn’t make sense to continue to pay for a service where you use a fraction of the channels. Don’t continue to pay for TV just because that is what you’re used to. It isn’t necessary to have cable TV like it is to have water and electricity, and with the available alternatives you should strongly think about your options.

At $20 a month, Sling TV is a bargain compared to service from Comast, Cox, Uverse and Time Warner. As long as you have a data connection through your mobile provider or a WiFi signal you can watch live TV from anywhere. Sling TV even has promotions where you can get $50 off a Fire TV or a free Roku player with the purchase of three months of service up front. You can try out Sling TV for seven days free if you’re interested in disconnecting from that expensive service. Just think about the savings of $1000 per year you would get by making the switch.

Best apps and games for The Walking Dead fans