From the creators of Sliding Messaging and EvolveSMS, Talon for Twitter is a great way to experience what Kit Kat has to offer on Android.

If you’ve ever used the official Twitter app for Android, you’d know very quickly that it could use some work. Third party apps have clearly taken over the Twitter space on Android, and unfortunately, some of these apps won’t last. The big bad people over at Twitter HQ would like to put a stop to third party apps all together, by limiting the amount of users each app can have. Fortunately for us, Talon is just now emerging in the app space, so it has a little while to go before hitting the dreaded API wall.

One of the features introduced in the launcher on the Nexus 5 were the transparent status bar and soft keys. When Kit Kat launched, Google gave developers the ability to use these features. But, that doesn’t mean developers will necessarily use them. Currently, I’ve only ever seen the Nexus 5 launcher and Google Now take advantage of these features… until now. 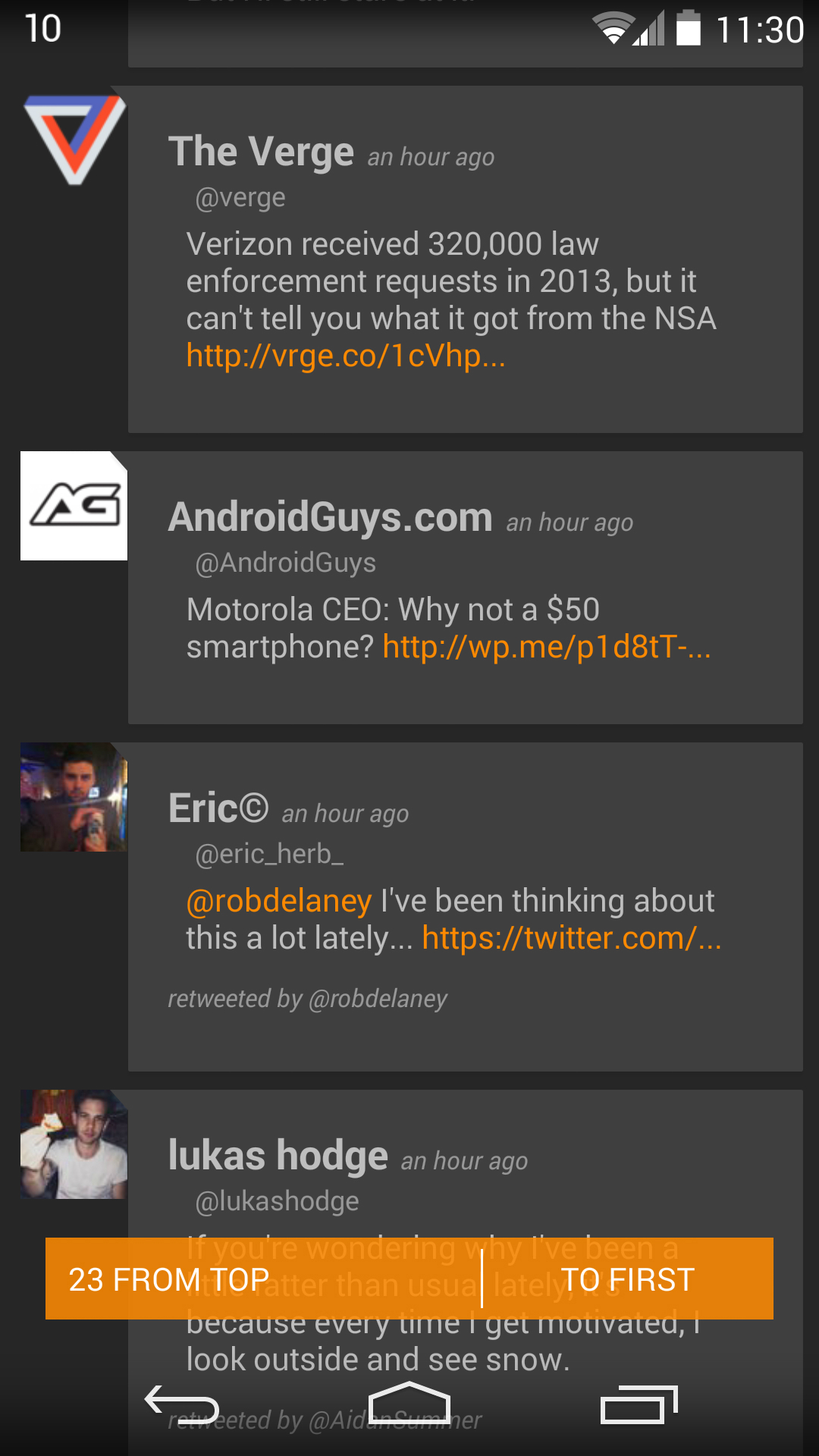 The use of transparent notification and status bars bring a whole new level to Immersive Mode. We’ve seen Carbon for Twitter take a stab at it, but nothing that quite uses the screen real estate this well. Moving forward, it would be great to see other developers take advantage of this.

On top of all of this, Talon just added a nice tablet UI. Not many apps have a tablet version, so this is always nice to see.

Talon has more customization options than you can shake a stick at. If the dark theme doesn’t suit you well enough, you can download a pre-made theme, or create your own. Change your font, or use “night mode” (do not disturb). It doesn’t really provide more options than other Twitter apps, but it sure isn’t lacking in this category.

If you have read anything about Twitter on this website, you’ll know that I really fancy a decent widget. I’m not going to talk too much about this one, but sometimes these things are hard to come by. 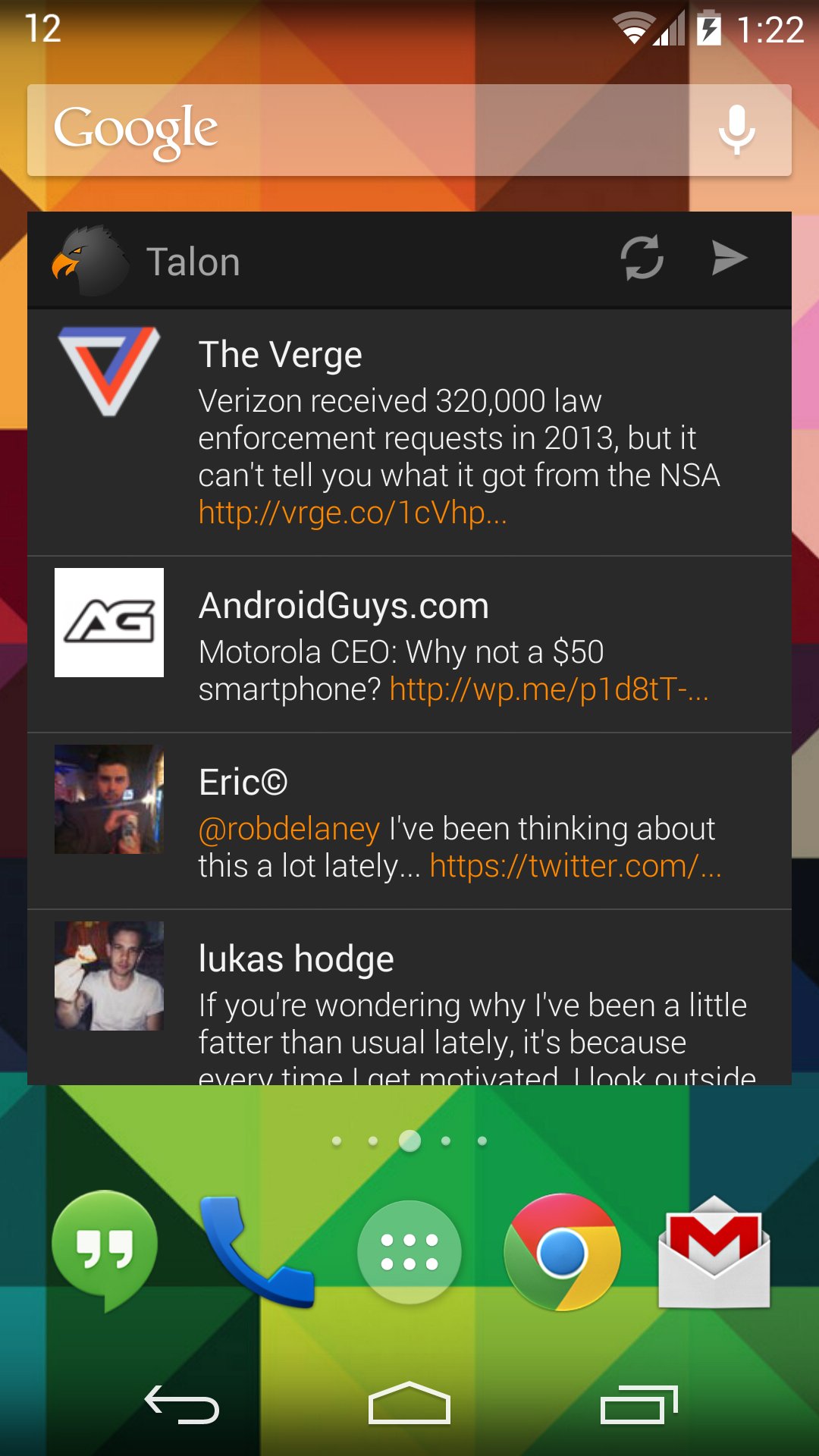 This app is almost brand new, so we’re going to give Klinker Apps the benefit of the doubt. But this is buggy. Not so much that it’s unusable, but enough to get on your nerves. It has some force closes, theme selection problems, and sometimes it takes a very long time to refresh. But it’s getting updated pretty quickly, so it’s nothing to worry about.

Talon for Twitter is an example of how beautiful apps can look on Android 4.4. And for only $1.99, it’s worth every penny. If you’re looking for another Twitter client on Android, you need to check this out. Klinker Apps, keep doing what you’re doing, because it’s working.