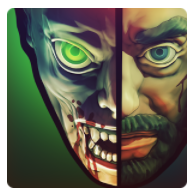 It’s rare to find a full-fledged 3D action adventure game on the Google Play store that’s worth any investment. Gaijin Distribution hopes to change that with The Abandoned–a game where you need to survive in a land full of danger and mystery. The player must survive by finding supplies, crafting tools, clothes and equipment and by building storage and living spaces.

Upon starting the game you’ll be introduced to the world by a rudimentary story that starts you off in a desolate world, gone awry. The basic premise sets the player with very little direction–walk forward to begin your discoveries of the post-apocalyptic world that harbors a plethora of collectible tools and items. Your main objective isn’t always clear, but in the process you will come across a variety of secondary objectives that allow you build up skills and tools that will complement your survival.

Start by finding a stick. Easy enough. Once found you’ll be able to create a simple axe that will allow you access to new, unfound areas. The ease of objectives early on will allow you to advance at a rate that should hold your interest from the get-go. Any items that lie on the ground before you are automatically picked up when you walk near them. This is generally a good thing, but can become tricky later as you reach your maximum carry weight and are forced to manage your inventory.

So you found a stick? Congratulations. Now you need a sharp rock to craft a real useful tool. Recipes are used to combine different materials which create the tools needed for survival. This has become all too common in the post-Minecraft gaming world that we live in. It’s not a knock against the game outside of the fact that we’re so used to this idea that it has become slightly stale. Other games have drilled this same idea to the point of complacency. It’s like the first time you started to see the multitude of action games on NES that followed Super Mario Bros.

The Abandoned has a solid game engine with semi-realistic graphics that should run fine on most mobile devices. As you traverse the 3D world, you’ll notice many little details that help portray this post-apocalyptic world. Enemies and objects are sharp enough to discern from the rest of the environment. The graphics in general aren’t super memorable, but do a good job of immersing the player into the strange, desolate world.

As you progress through the game, more crafting options will become available. Each new ability and item is usually described by on-screen text that will help the player understand how to craft and why each item needs to be crafted. Descriptions are well-written and provide the player with just enough information that still allows some self-discovery. The amount of recipes within the game is plentiful. You’ll quickly learn that fire is essential to surviving as well as finding some forms of food.

While traversing the landscape, you will find “anomalies”, which are strange area effects that should generally be avoided, but occasionally provide positive boosts to the player. This is unique take on the survival genre that hasn’t been seen in a lot of other games. Fortunately, it’s easy to see where anomalies lie, as there is a graphical effect to go along with the affected area.

Fighting is simple and straight forward. If a weapon is equipped, simply press the on-screen action button to attack an enemy that is within range. Your player will slash and swipe ahead to vanquish any threats. You can also attack animals that scurry about the land for additional resources. Upgrading your weapons will provide for more damage to any creeps that may be thirsting for your blood.

The on screen interface shows a lot of detail. As you play through the game it’s easy to understand which icons represent crucial information and how it’s easy enough to access crafting and equipment. The amount of items that can be picked up is overwhelming at first but as you learn to manage your inventory, you can quickly discard unwanted or unneeded items.

The Abandoned is quirky. The opening comic-book styled cinematic is poorly written but gives a good basis from where you’ll start. Survival is key and it doesn’t take long to understand your objectives. As you build up through crafting, the rewards amplify and you become more of a efficient, killing machine. It’s easy to recommend this game to anyone looking for a survival experience similar to Rust, The Forest or even Minecraft. Although basic in design, there’s a lot of fun to be had playing The Abandoned.