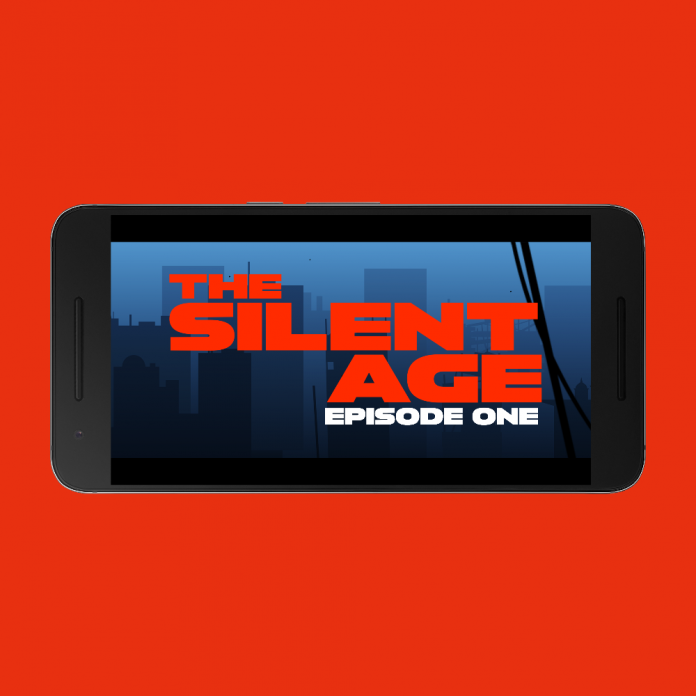 In an era where endless games with pixel graphics abound in the Play Store, it is always pleasant to find developers who focus on providing a different, rewarding, and immersive experience. Even though people think that polished, refined games are reserved for consoles, we’ve seen through the years that developers can also come up with compelling experiences for our little mobile devices.

Also, a trend seen more frequently nowadays is to port a PC game to Android and iOS in order to cater to a wider audience, while still providing a greater experience than what we are used to see on our phones. This is the case of The Silent Age, a game developed by House on Fire. The Silent Age is a point-and-click game that tries to do exactly that: entertain mobile gamers in a different way. Not through ultra-high difficulty, high scores, and endless characteristics, but with a fascinating story and marvelous audiovisuals.

As you know, since Android 6.0 Marshmallow you can decide which permissions to grant to apps. This has stopped developers from requesting non-sensical permissions, such as access to contacts in a single player game.

Unfortunately, The Silent Age keeps this practice, asking for a total of three different permissions upon start up: Storage, Phone, and Location. Denying the three of them has no impact on the game (at least not noticeable), which makes you wonder why they’re there.

After that, you will be presented with a very uncommon view: language selection. There’s a total of seven languages available, and I find it awesome that you can choose among them from the start. For example, I have my phone in Spanish but I need to play my games in English so that you all can understand my screenshots. It’s a very isolated use case but I appreciate the option nonetheless.

The game shows a kind of lengthy introduction. Basically, the main character is a man who is stuck working as a janitor. However, after his boss gives him more responsibility for the same salary (been there, done that), he finds himself in a completely unexpected situation. I won’t spoil the rest.

Having said that, the story is one of the highest points of this game. Some small parts of it feel tacky at first, but it gets better and better with every step you take. It is as intriguing as it is cohesive with the environment in which the game develops.

There are two episodes, though. So, if you want to experience the game fully, you will need to pay five bucks to unlock the second episode, since only the first is free. Personally, I don’t dislike this model. You get to play the game for free at first and if you like it, then you pay for the rest. If not, then you just move on. This way, you get to experience stuff that you would be reluctant to pay for, and the developer gets to a bigger audience. Win-win.

Since this is a point-and-click game, there’s no controls other than tapping the screen. Stuff you have to do is often straightforward, so you won’t ever feel lost. Puzzles will get a bit more complicated, though, but nothing that would turn the game into a frustrating chore.

However, the whole game just feels very relaxing to play. If you’re looking for a game in which you can be competitive, get high scores, and find collectibles, then this is not the game for you. However, if you appreciate getting a nice experience, enjoy a good story, and appreciate the artwork, The Silent Age is a good bet.

I’ve mentioned the graphics before, but the artwork is stunning. The main character reminds me of a 70s version of Ringo Starr. Objects have the right amount of details, colors are vivid, and the setting matches perfectly the story the game is telling.

There are objects you find scattered around that will aid you in your quest, such as keys, cards, and weapons. All of these sprites follow closely the overall theme as well. You can easily see that a lot of effort has been put in providing top-notch graphics, and the result is simply superb.

Music in the game is not prominent but it provides a nice background to the gameplay. Sound effects aren’t that big either, but the ones that are there add a lot to the eeriness and intrigue of the game.

Something that is very uncommon in mobile games, but present here, is voice acting. For the most part, it’s very well made, although I would argue that the main character is sometimes way too hesitant, even muttering very simple phrases. This is probably done to create a character that resembles the most a normal, working-class individual, rather than a brave, fearless character, like most games usually have. NPCs also have outstanding voice acting. This is top-quality work overall, something rarely seen on mobile games.

The Silent Age provides an intriguing story with superb visuals and astounding audio work. It is as relaxing as it is eerie and mysterious. Very rarely (in the Play Store, that is) one sees a game in which story, gameplay, graphics, and sound all coverge together to create such a cohesive result. Sure, it might be a port of a PC game, but that does not  If you want a game to relax and get immersed in a surreal world, then give The Silent Age a shot.

Download and install The Silent Age from the Google Play Store.