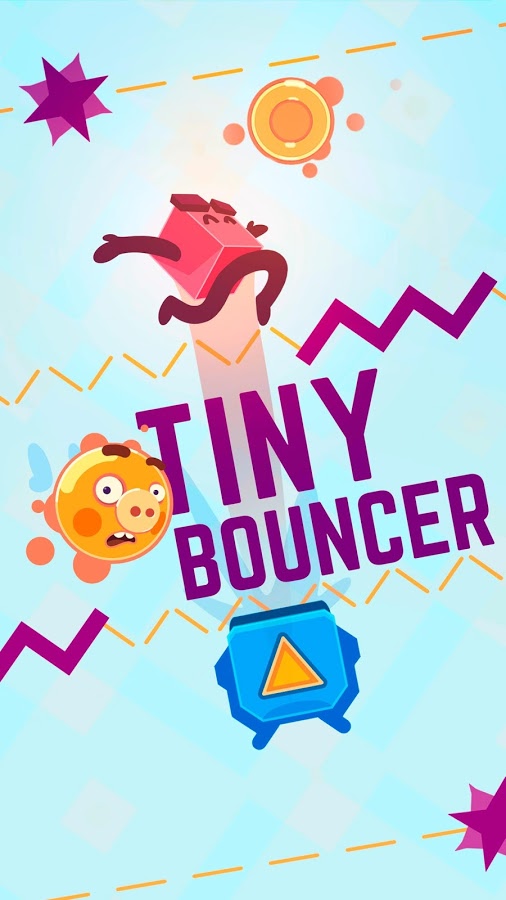 TinyBouncer is an Indie style game that involves a whole lot of bouncing and swiping. Jumping on a bouncy caterpillar, you have to gain sufficient height to reach the distance goal, while also weaving through the endless amount of diverse obstacles. The game requires concentration and a will to accomplish in order to advance.

The app is developed by NEKKI.

TinyBouncer is more or less your typical Indie game. It has minimal setup, and you can start playing right after downloading without adjusting any settings or preferences. What makes it stand out, however, is the fact that the game file is relatively large as compared to similar games, although the game, at 50MB, is still not that big. 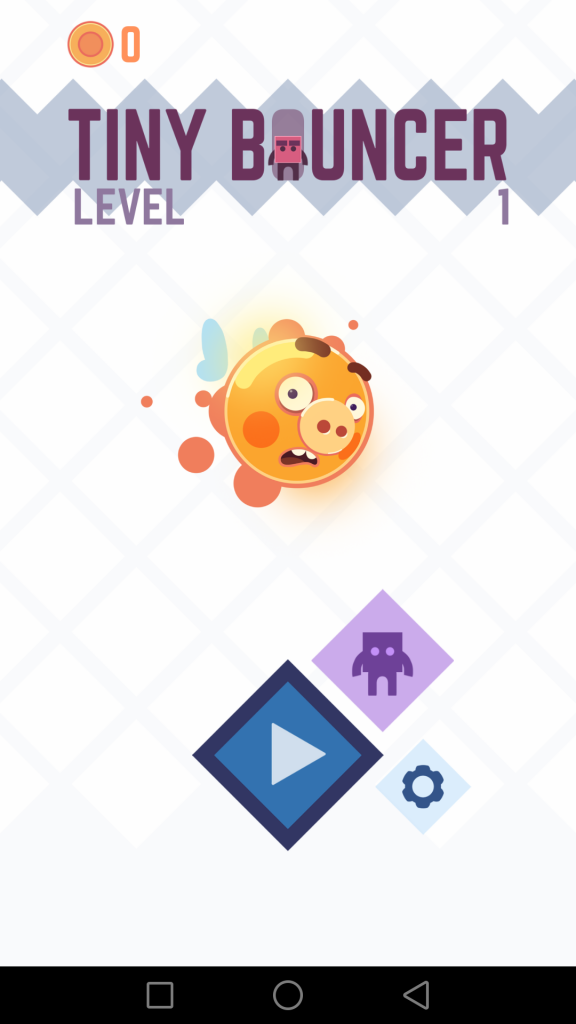 When I first opened the game, I was immediately drawn in by the catchy background music. It’s fast paced, and provides the rhythm for one to play. Usually, I would not play a game with the music on, but TinyBouncer is an exception. It really helps me concentrate with what I’m doing. It’s similar to retro music and falls in nicely with the type of game.

Another thing was the clean design, which went hand-in-hand with the attractive graphics. Again, it’s typical to see in an Indie game, but it nevertheless leaves a good impression and really builds up the game. The game utilizes a geometric design throughout the app and also ties in a bug/animal theme, a unique combination which gives the game character. The design is well executed and ties in all elements together, elements which most would not really think of adding together.

Moving on to the actual gameplay, your goal is to jump to the height g 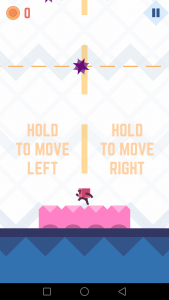 oal by jumping off a caterpillar. Each jump takes you further, but you have to touch the left or right side of the screen in order to dodge obstacles. It’s actually kind of tricky as you have to avoid them again when falling back down. It’s not something I would dub as original, but I would say it’s something well executed.

As you progress, you get to different levels and stages that increase in difficulty and get a slight theme change. Along the way, you can also pick up floating coins which you can use to buy different characters, which come with more benefits as they get more expensive. Such upgrades include increased jumping power and faster swiping speed. I did get to use some of these, and they do make a small difference that should help to get further in the game.

Adverts are, of course, present and do subtract from the game slightly. They are not intrusive or super-annoying, but are nevertheless there and do pop up in the rare occasion. It’s definitely something I could accept, however.

The game ran without a hitch on my Huawei P9 Lite.

TinyBouncer is a well executed Indie game that takes an unoriginal idea and turns into something unique. If it’s your type of game, chances are that you’ll spend hours on it. The graphics are great, the gameplay works just fine, and the game as a whole is a neatly polished packaged just waiting to be played.