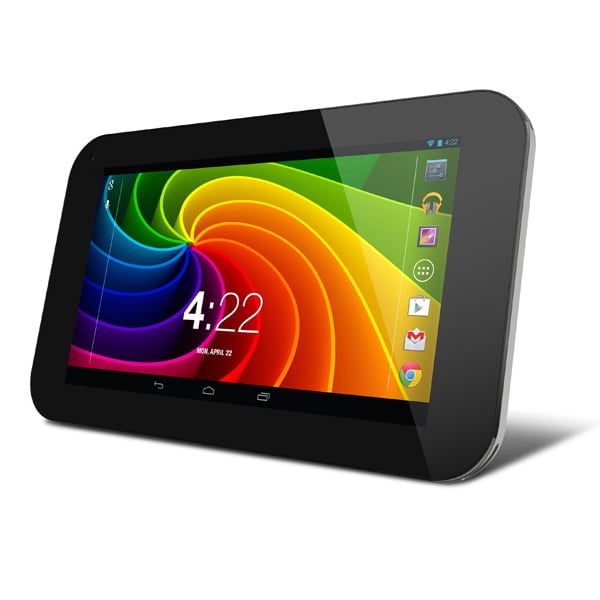 As the price continues to drop for tablets, consumers are more and more in the great position to be able to select the device they want. No longer having to settle for what they can afford, many are picking and choosing from devices that meet their demands and budgets. Whereas two years ago we would have never imagined a $200 tablet, today sees the $130-$180 price range coughing up decent models.

Toshiba today introduces its latest 7-inch tablet, the Excite 7. Priced at a mere $170, the tablet falls smack-dab in the middle of the Kindle Fire HD and Nexus 7 (2013) space. It’s more “tablet” than the Amazon model but it’s surely not the hardware that comes in the Nexus series. Depending on what you want to do with a tablet, you’ll fall closer to one end of the spectrum or the other. So the question is raised, is the Toshiba Excite 7 worthy of the price tag? More importantly, does it keep buyers from picking one of the others?

The Excite 7 employs some of the same design cues used in the Excite Pro, Excite Pure, and Excite Write. Specifically this is a plastic body with a bumpy textured rear. At first glance, the tablet doesn’t have any particular feature that stands out or scream for attention. If there were a way to make a 7-inch tablet look “basic” this would be it.

There’s quite a bezel around the screen, more than 3/4 of an inch on the top and bottom. While the sides offer slightly less worthless space, the overall feeling is one of a matted picture. Indeed, the tablet is quite pocketable and easy to hold in one hand, yet we feel like they could have shaved something off each end.

Although the Excite 7 features some very rounded corners, it’s display edge can prove to be a minor pain. It’s a little more squared off than we would have liked but it’s not going to cut you or anything. Extended gaming or reading might be when you notice it; however, it’s nothing to be afraid of.

It’s hard to describe the tablet without noticing that it feels a little bit hollow in the rear. We’re not sure if it’s empty pockets of space or just the case but you’ll understand what we mean should you spend time with one.

The Toshiba Excite 7 is designed to be held in a portrait mode as evidenced by the placement of the speaker and branding. After spending most of our Android time in landscape mode, it’s a little awkward to stand it upright.

Please don’t misinterpret all of these hardware knocks as reasons not to consider the Excite 7. None of them are necessarily a reason to pass on the tablet. What’s more, these subtleties are only obvious to those who have experience with a previous tablet. If you’re new to the tablet game you’ll likely not notice these finer details. Good luck, however, in overlooking the bezel.

The Toshiba Excite 7 features a 1.6GHz (quad-core) Rockchip processor, 1GB RAM, and 8GB of storage. Indeed, there’s a microSD expansion card slot on the top edge. Also present along the uppermost ridge is the microUSB port, volume rockers, and headphone jack. The power buttons is placed to right side, near the top. Buttons are quite responsive and feel terrific; we never had to go “searching” for anything.

The frontside of the tablet houses a .3-megapixel camera while the back offers a 3-megapixel shooter. Neither of these were necessarily great in our tests however we never expect much from a tablet’s cameras.

Additional specifications include GPS, accelerometer, Bluetooth 4.0, Wi-Fi (802.11 b/g/n), and a battery that promises 14 hours of usage.

The 7-inch display is an average experience with its 1024×600 resolution. Colors sometimes appear washed out or dull and you’ll occasionally detect pixels in images or apps.

Colors are slightly dull and the 1,024×600 resolution is evident in visibly pixelated small text and images. Reading is where we most noticed the resolution but, again, we were holding this up to other tablets.  You could definitely do worse for your money but know that this is not going to show off high-end graphics.

The touch screen does have the occasional lag and swipes can sometimes go unnoticed. On the other hand, the tablet detected inadvertent touches when holding with one hand. We got the feeling like there was a few pixels worth of screen secretly hiding under the bezel.

You will not want to buy this tablet to play games. If that’s what you’re planning to do with a 7-inch device then you’d be better served going with a Nexus 7. Running a few apps in the background would rarely cause any problems but we found ourselves closing apps just to boost the performance.

Switching to landscape mode for games would muffle the sound. Seeing as how the speaker are both on the same end we sometimes found ourselves struggling to play and listen to dialogue at the same time. There are some SRS WOW enhancements to improve the overall quality but that’s more obvious with headphones.

In terms of battery life, the Excite 7 was able to get through the day and then some. Standby time was generally average and we found that we only needed to charge the tablet a few times a week. Sadly, we feel like we shortened its usage time because the brightness was all the way up. With all that said, we were incredibly pleased to see Toshiba opt for a microUSB charging port instead of that proprietary stuff they’ve used in the past.

The Excite 7 ships with Android 4.2.2 Jelly Bean, a nearly stock experience at that. There are a few Toshiba apps and services loaded on the tablet but nothing that feels like they’re hammering on an agenda.

There are no carrier apps or service loaded into the tablet and we like that Toshiba left out some of the more extraneous and lesser-used stuff from older models.

If history is an indicator we should expect Toshiba to keep pace with others and push out 4.3 or later in a timely manner.

When it comes to buying a 7-inch tablet it often comes down to how a device stacks up a Nexus 7. Given the price point comes in $50 less we should make allowances in the hardware. Then again, we now get into an increasingly crowded space of companies vying for your your money. It’s also here where we have Amazon’s Kindle Fire HD.

When it comes to a Google-certified tablet with stock Android, Toshiba’s Excite 7 is a good buy for the money. It’s not great, mind you, but it’s better than those knock-off and no-name brands that you’ll find in odd retail locations. We would have liked to see the price drop to $150 for an 8GB model; it would be much easier to endorse. With that said, this makes a decent tablet for your parents or children, either of which might not have experience with another device.

The Toshiba Excite 7 shows its shortcomings most when you stack it up against other, sexier devices. Is it boring and uninspired? Yeah, maybe. Would it be worth saving a little bit more and going with a Nexus 7? Isn’t it always? We venture say, however, that mom and dad wouldn’t be upset with you if you brought one home for them.