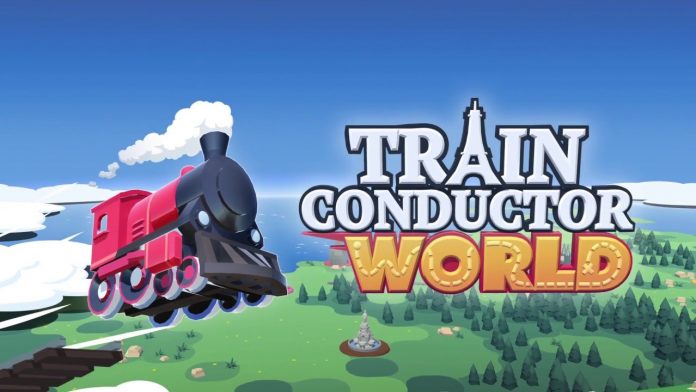 Train Conductor World is a fast-paced puzzle game that tasks you with navigating trains to their destination while avoiding crashes. It is a simple concept that can get very challenging in later levels with increasing speed and complexity.

Train Conductor World is a simple concept, guiding trains from one track to the next while keeping them from crashing. You simply drag them to their corresponding track, and away they go. It’s not especially deep in the gameplay department, but it is very addicting and fun to pick up and play. It starts out a bit too heavy on the tutorials, but once you get into the game proper it picks up and gets really fun. The main game is the train organizing, but there’s also some puzzle-like track placement that allows you to unlock new locations and expand the map, which is based on real locations (mostly European locations).

The game looks great and runs smoothly, with great train models and crash physics that most phones should have no problem running. The developers have thoughtfully put a framerate and performance limiter in the options menu to help it run better on older or less powerful hardware. The game volume tends to be on the high side by default, but thankfully there’s a slider to adjust. The music is fun as well, but nothing special to listen to.

Train Conductor World does contain ads and microtransactions, of course. The ads are usually not intrusive, but occasionally will pop up and interrupt gameplay. You can also view an ad to get a free redo if you crash the trains. The microtransactions are also not intrusive, and everything in the game can be unlocked by playing, except for cosmetic train skins. They seem reasonable, for the most part, but the value still isn’t excellent as the options are just for more tracks and boxes, no additional game content or levels.

I really like Train Conductor World a lot. Usually, games on mobile aren’t my favorite time killer but Train Conductor World is just the kind of challenging, pick up and play style game that great mobile games have. It’s addicting and fun, simple with some depth, and has great replayability. Definitely a recommended game for fans of trains or challenges.