After a few minutes of playing UFO Flight, there’s a bit of nostalgia that began to creep in. At first I wasn’t sure what it was, but I soon remembered my old rival: Flappy Bird. There’s no denying that UFO Flight, albeit probably unintentional, steals some gameplay from the old classic. Unfortunately, the same cannot be said about the addictive and entertaining gameplay.

To put it bluntly, there is no setup. For such a basic game, it simply doesn’t require it. There’s a big ‘Play’ button next to the leaderboard/Google Play Games button and a mute button, which actually stays on the screen even when you’re not at the main menu. The tutorial, which always shows when you open the game, tells you which sides of the screen to tap on to duck or jump. It’s very basic, and while you could argue that it’s all what’s necessary, it took me a couple of runs to realize that I could double-tap to jump even higher.

Do you remember how, in Flappy Bird, you had to avoid the pipes and fly in-between them? To sum the game up, replace the bird with a UFO, and the pipes with obstacles such as birds, bees and a few vicious blocks of LEGO. Jump, duck and double-jump to make your way past these. One of the highlights was that I could have a decent game with no lag and adverts while playing. This, however, was not enough to make up for the repetitive obstacles that sometimes glitch, leaving you stuck between two obstacles and inevitably making you lose the round. The user interface was rather nasty, as buttons were oddly placed with half an advert showing at the end of the round. And the graphics? They could’ve been better. But hey, at least there’s a highscore for you to beat.

Probably not. Unless you don’t mind a few glitches and lame graphics, you’ve probably got better things to do. If you have a child, they probably don’t care too much about what they play and might enjoy the obstacles. Excuse the birds and the bees pun.

And not so much…

While it’s not a bad game, some elements create a stronger negative impression that did not leave me begging for more, namely the combined lame graphics and not-so-great user interface. The gameplay simply weighs less than the negatives. 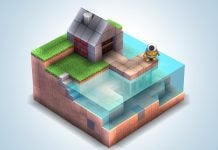