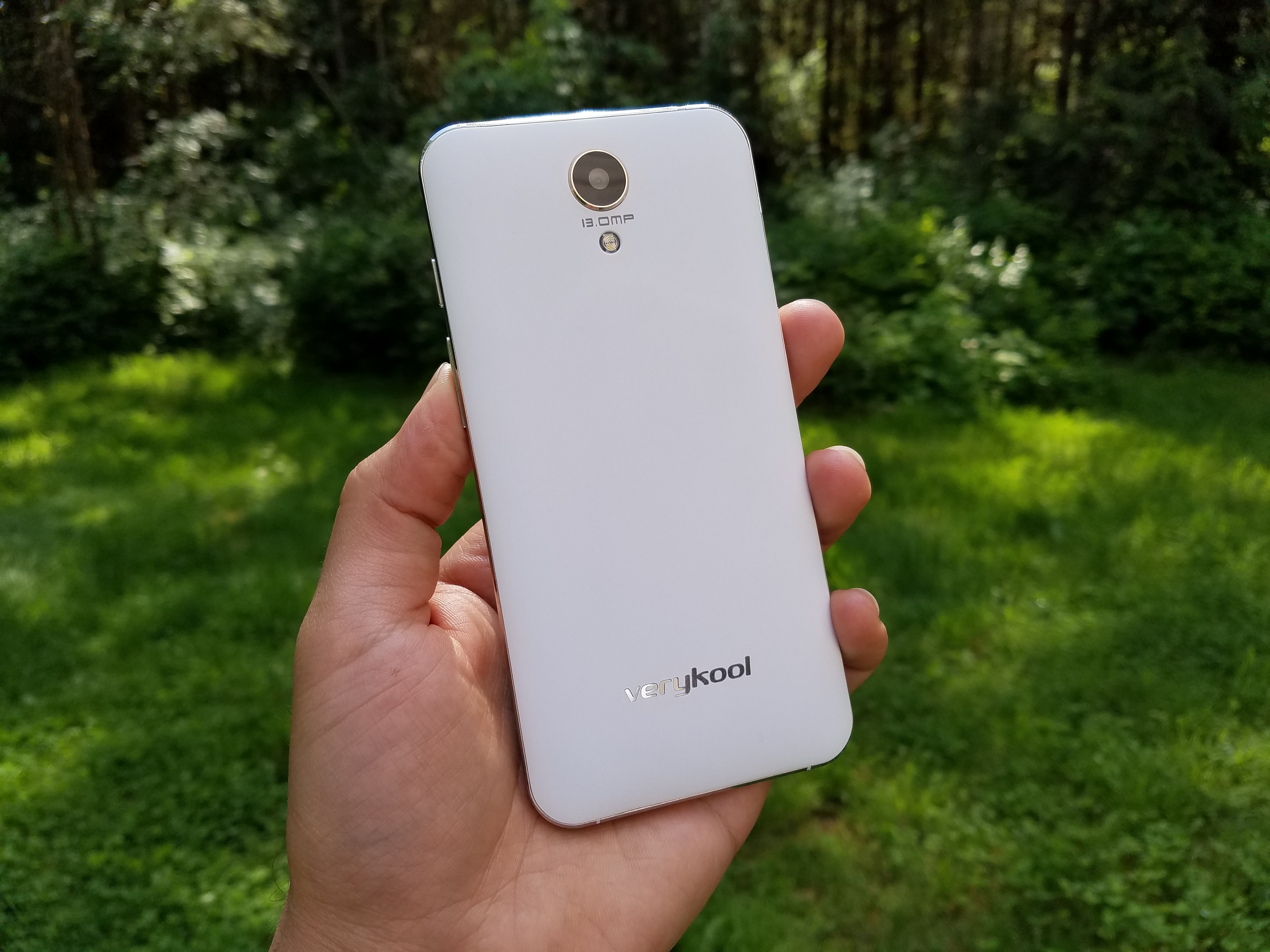 If you haven’t caught wind of verykool yet, it’s an affordable phone maker that you should be keeping an eye on. The company has been around for a while now, which means that its phone-building skills are now to very compelling levels. Earlier in the year, I reviewed the verykool Maverick SL5550 and came out fairly impressed.

Now there’s a new kid on the block – the compact Spark LTE SL5011. This 5″ phone brings pushes value to a new height, with fine-tuned refinements and aesthetics that even premium smartphone users will gawk at. Let’s check out how the Spark LTE ranks in the grand scheme of affordable unlocked phones.

I’ll cut to the chase; verykool nailed the Spark LTE’s design. It’s a beauty. The second you unpack it, you’ll be blown away by the kind of build that the bargain price could get you.

The device is flanked by a premium metal frame, that has a smooth, reflective matte finish. Shiny chamfers are then trimmed out on each edge. You’d typically find this kind of detail on smartphones 3x the price. It makes me happy that the Spark’s metal brings the same eye-candy and premium feel that my flagship daily driver does (making me question how much I spent).

The power button and volume rocker share the same material, and they’re nicely tactile and firm to the press.

Only, I wish that the power button was under the volume rocker; it’s placed too high, in my opinion. But that’s a minor gripe on a 5″ phone. Also, a fingerprint scanner is no where to be found on the Spark.

One of my complaints on the Maverick was the cheap-feeling, glossy back cover. I’m glad that verykool listened; the Spark has a much nicer matte cover.

Despite having a smooth finish, it’s a lot less slippery than the glossy cover. I also think that, together with the shiny metal frame, the presentation of my white/gold model looks super classy. The Spark also comes in black/silver.

However, I must mention that shortly after unpacking the unit, I noticed these faint dark smudges on the back cover. But they disappeared after some use. I’m thinking that it’s some residue from the finish out of its manufacturing, so I’d recommend verykool to condition it before packing the phone up. Another minor gripe is the camera hump; it sticks out like on the Galaxy S6. This is OK, but the camera lens cover isn’t recessed. So I’m seeing hairline scratches appear on it.

The bottom is simply and symmetrically laid out. There’s a microUSB port at the center and two audio grills on either side (for the microphone and external speaker). Then there’s two plastic strips for antennas. On the top you’ll just find the 3.5mm headphone jack and more antenna lines.

The front of the Spark has fairly average sized bezels (by today’s standards). The glass has subtle 2.5D curves at the edges. Though, it doesn’t curve directly into the metal frame; there’s a thin plastic lining between the glass and the frame.

This phone interestingly goes with capacitive buttons instead of on-screen (like the Maverick). A nice addition is a tiny LED flash on the top left, so you can continue to take selfies even in the dark.

Let’s take a quick look at what the Spark LTE’s is packing: 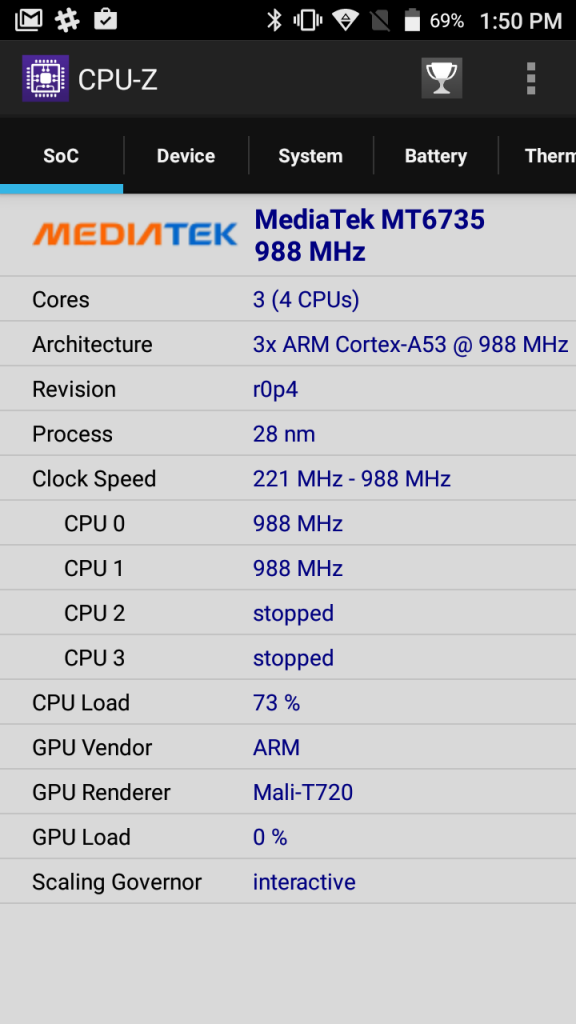 Despite the premium exterior, the specs bring us back to the reality that we’re looking at a budget smartphone. The quad-core MediaTek MT6735P processor is capable enough, but 1GB of RAM is just too low these days. To me, that’s the biggest letdown of this phone, and it shows in the performance.

While the Spark can be snappy, occasionally, there are delays in operations (i.e. opening/switching apps). Don’t get me wrong, it’s in no way an unusable experience. But I feel like an extra gig of RAM could’ve gone a long way. You don’t want the user to look at their buddy’s phone and notice that it doesn’t hang as much.

On the storage side of things, I’m glad that there’s 16GB and not 8GB. And you can bump that up by 64GB with a microSD card. The SIM tray that you eject from the side nicely accepts two cards, from either side. You can either tack on a microSD card or a second SIM card.

Considering the size and price of the Spark, a 2,200mAh capacity battery is in the ballpark that I’d expect. It performed modestly in my experience, but don’t expect superb battery life. It should get the job done (get you through the day) unless you’re a heavier user.

I was satisfied with the Maverick’s display when I reviewed it. I appreciated that verykool was using a competent IPS LCD screen; I’ve seen some terrible displays on budget phones. Fortunately, the Spark shares the same sentiment.

Its 5″ screen shows decent colors and good viewing angles. It can also get sufficiently bright to view outside. No, it won’t compete with more brilliant displays from top-end manufacturers, but its definitely great for the price. Some may scoff at the 720p resolution, but I think it’s sufficient on a 5″ panel (~ 294 ppi).

The Spark packs 13MP rear sensor. On the surface, that sounds great, but we have to be mindful that it’s not all about megapixels. Its f/2.2 aperture lens and 1.12µm pixel size implies modest performance. On the front, we also have a high megapixel 8MP shooter.

Verykool’s camera interface works sufficiently. The capture speed is average, which is fine with me; I’ve seen some slow cameras even from pricier smartphones. The buttons are laid out intuitively. Along the top you have toggles for HDR, flash, and camera switching between the back and front. There’s also a shutter activating gesture (peace sign with your hand) that you can toggle.

You’ll also see various modes along the left. Some of these are recognizable, like panorama and face effects, but others are verykool’s own specialty. Live Photo Mode is a gif-like capture (or moving set of pics), Motion Track Mode keeps an object focused during movement, and Multi-angle View Mode lets you capture angles of a subject and slide about it.

My only gripe with the software is the shutter button. I complained on my Maverick review that you have to hit the shutter button dead center or it won’t take, leading to frequent misses. Unfortunately, it’s the same on the Spark. But you can capture with the volume buttons to sidestep the virtual button. 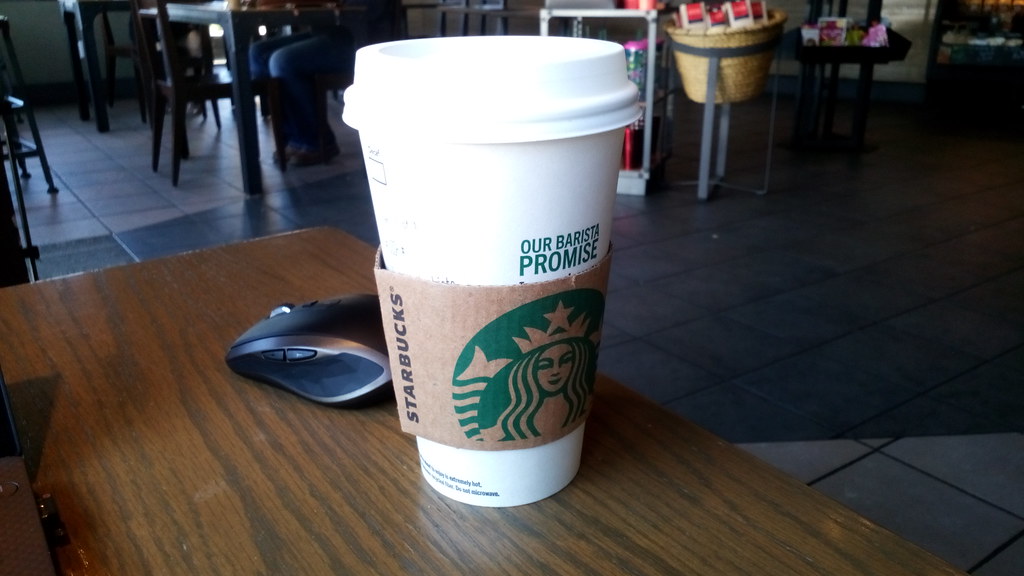 The reproduction is just OK, to my eyes. It’s not hard for dynamic ranges to get the best of the camera and blow out the lighting. HDR only helps a little bit. Also, the images are too fuzzy for a 13MP camera. You can pull off some decent shots in good lightning conditions, but if you look closely, they’ll all have noticeable blur.

It’s a good thing that verykool keeps the custom software to a minimum. You won’t get a completely stock Android experience, but very close. Verykool throws in some of its own apps (i.e. gallery, browser, calendar). I do wish manufacturers would not bother with that and just use Google’s solutions. It’s a wasted effort. Verykool also includes its own app with additional features, if you like that kind of thing.

We’re looking at an Android 5.1 build (Lollipop), so it’s not the most current, but acceptable. The software doesn’t use Google’s launcher, so while you’ll get Material Design’s look, the animations/transitions aren’t all there (i.e. the pop up app drawer. Though, folders do pop up the stock way).

I think that the Spark LTE is a great evolution for verykool. It’s fortunate that I got to try the Maverick, because I can see how the brand is progressing. It’s doing a great job refining those rough edges and increasing value.

Although, there’s still more work to do. My biggest gripe with the meager 1GB of RAM. That must change. The camera performance also has plenty of room for improvement. While other aspects of the phone are aggressively closing the gap between pricier phones, the camera is still significantly behind.

But with all that said, the fact is that the Spark LTE runs at only $179 retail, and that’s a bangin’ value. You get a lot of phone for that price.