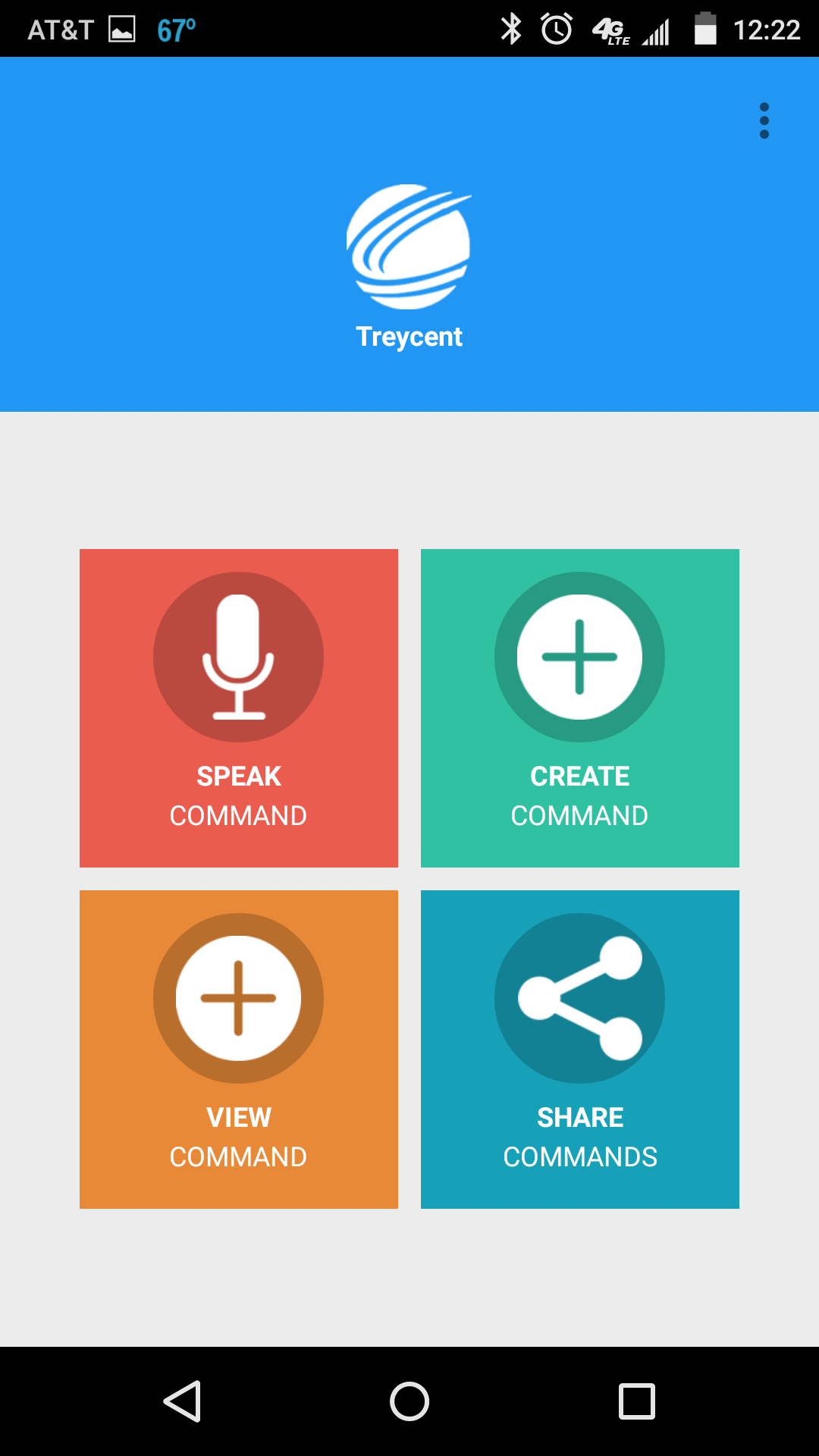 One of the most appealing features of android now days is voice controls. Google has been at the forefront of voice commands by being simple and intuitive. One of the drawbacks to voice commands is lack of custom voice commands.  Treycent has come up with a solution with an application called Via Voice. the application allows the user to set up custom voice commands to access pictures. This alleviates an issue that plagues many users by having quick access to pictures without having to search the gallery. The interface is simple allowing you to type in a command or speak the command and attach a photo with very little effort. Via Voice also works with your android wear device allowing you to show pictures without reaching for you phone. The application has had a fair share of updates adding capabilities such as posting to Twitter. Just say you command followed by post to Twitter.

Via Voice has a straight forward setup asking to create an account attached to your email. Once you are signed you are ready to set up you custom voice commands. Commands are created using spoken word or manually typing in the command. The photo you choose is attached to a web link allowing the app to pull the photo online with your command. The user can also type the command in loud settings where voice is not recognized. You can also share your voice command with friends through several avenues allowing them to access the photo with voice. The application on the phone works every time. On both the Galaxy S5 and Moto X (2014) I had to choose a photo from Google Photos, Dropbox, or Facebook. So in simple terms the photos must have a link to them somewhere, any photo not synced would not work with the app. This makes sense considering the voice control is attached to a URL. The program also has a website that works in much the same way as on the phone. I was able to type or say a command and the picture was shown in a new tab. The voice control is accurate and I had very little issues as far as operations. On the off chance the voice recognition failed I was able to type the command to perform the action. The issue was mainly in places with an abundant amount of sound which is to be expected with any voice control.

The android wear capabilities with this app show promise but come up short in real world settings. The concept is very intriguing and makes showing a photo to you friends effortless when it works. The watch aspect is a work in process. I have tested this out in various situations with several failures. This could be a flaw in android wear or the app. Android wear is by all accounts not perfect and has had its fair share of issues so to pin this on the app is unfair. One of the most agitating aspects is accessing the app on the watch when it is not active. Having to scroll down to start and select the app is painful and pretty much defeats the purpose of convenience. I would suggest wear mini launcher for this app or any others on your watch. Once the program is open the access is much more convenient with a simple tap. Another noticeable shortfall is that on my Moto 360 the voice search seemed to activate at random. With the LG g watch I did not have that issue but the process itself suffered a considerable lag. I stress these issues could be because of android wear itself or the hardware.

To sum my long experience with Via Voice up it is a very neat feature to have. What would make this a go to app for me is the watch features. To have my watch pull photos to show on the go would be a very valuable tool. As of now though the app is regulated to my phone and is more a novelty than a must have. The concept has promise to make wear devices even more useful and shaves some time off searching your phone in this fast paced mobile world. The execution is lost with the watch by being unreliable and defeats the purpose of a wearable by having to use my phone in many instances. The promise is that even when the watch side was finicky the app was always up showing the correct picture on the phone. The developer has put a lot of time and effort in creating this application and I encourage anyone to give it a try. Custom commands for easy access of photos you want to share with friends and family is really convenient and hopefully the wear side can be ironed out. Via Voice is free on Google Play as well as web access at Treycent.com.