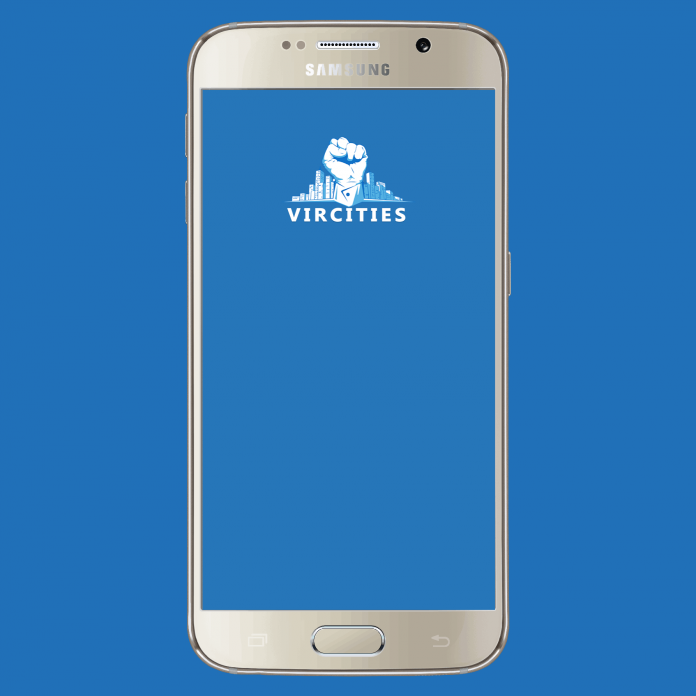 Mobile games have always been my antidote to boredom for as long as I can remember. I remember sitting in math class, playing Phoenix on my TI-83 calculator. Let’s be real, what teacher is going to punish you for “using” your calculator in math class? This was the perfect cover and the real reason why I didn’t learn anything in algebra.

Let me introduce you to VirCities, an economic and political simulator for mobile platforms. It is a complex game that gives you the freedom to make all the decisions you would make as a citizen in a fictional society.

This is one of the most complex mobile games I have ever played. VirCities is a virtual world run completely by the citizens. The first thing you’ll do is to choose what city you want to be a citizen in. The cities have different languages so it is imperative to choose English, if you only know how to speak English. There is always the option of changing cities later but it will cost you. 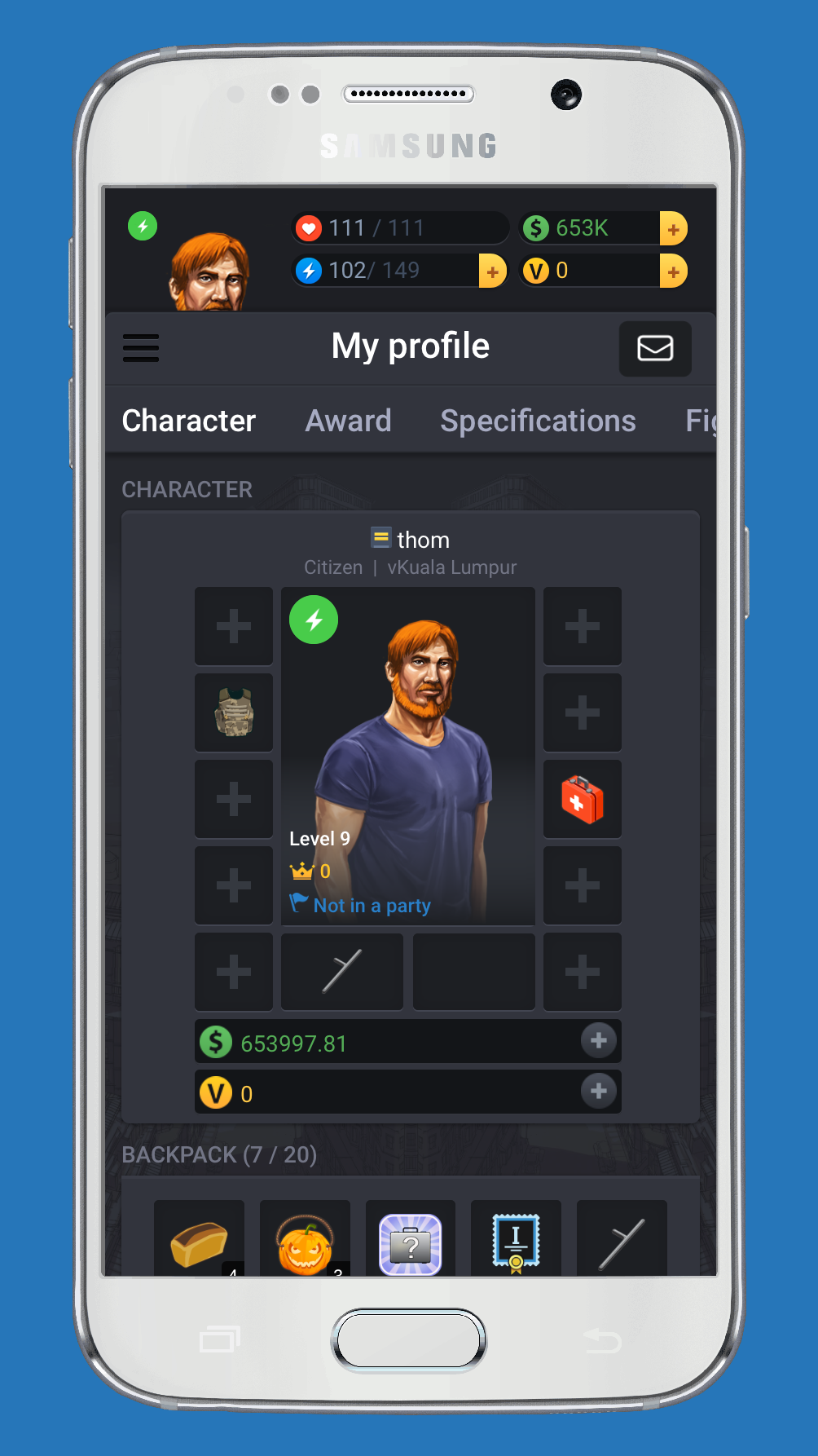 There are limited things that you can do when you first start the game. The main focus in the earlier stages of the game will be to level up your character and make money. This will be primarily done through finding a job. The options are fisherman, scientist, builder, farmer, worker, cook, miner, and lumberjack. I chose scientist, which is fitting because that is the profession I chose in real life. 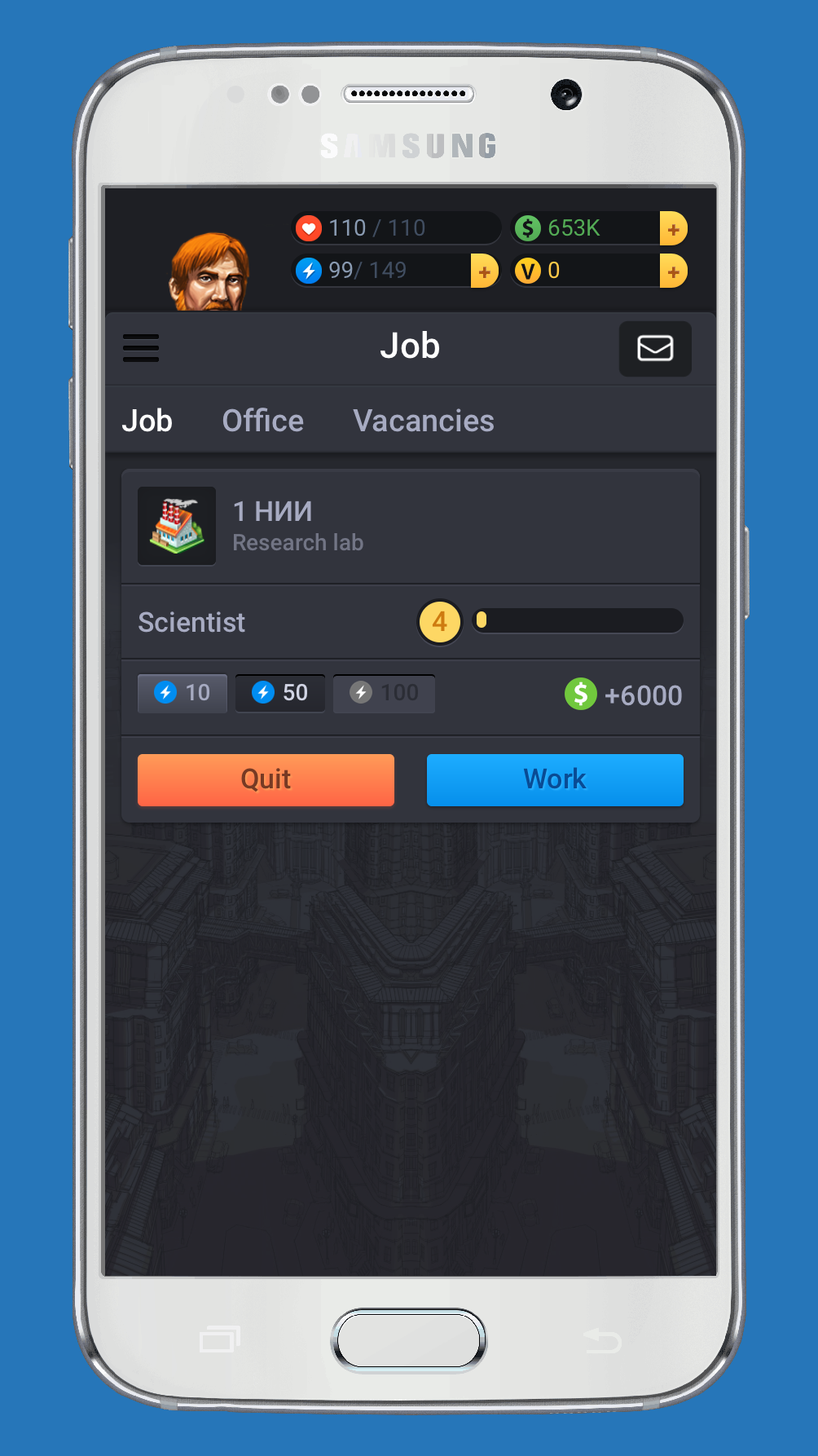 It will cost you energy to work and you will be rewarded with money and experience. You can increase your skill set by working more, which will increase your salary. Your salary is also dictated by the economy. For example, during a war, the highest paying jobs will be in the weapons factories.

Another way to make money is to fight off criminals in your city. This part of the game brought back nostalgic memories of playing Mafia Wars six years ago. The mechanics are very similar in that you spend energy to fight and will win or lose based on the strength of your character. You can work out in a stadium to increase attributes or equip your character with weapons. 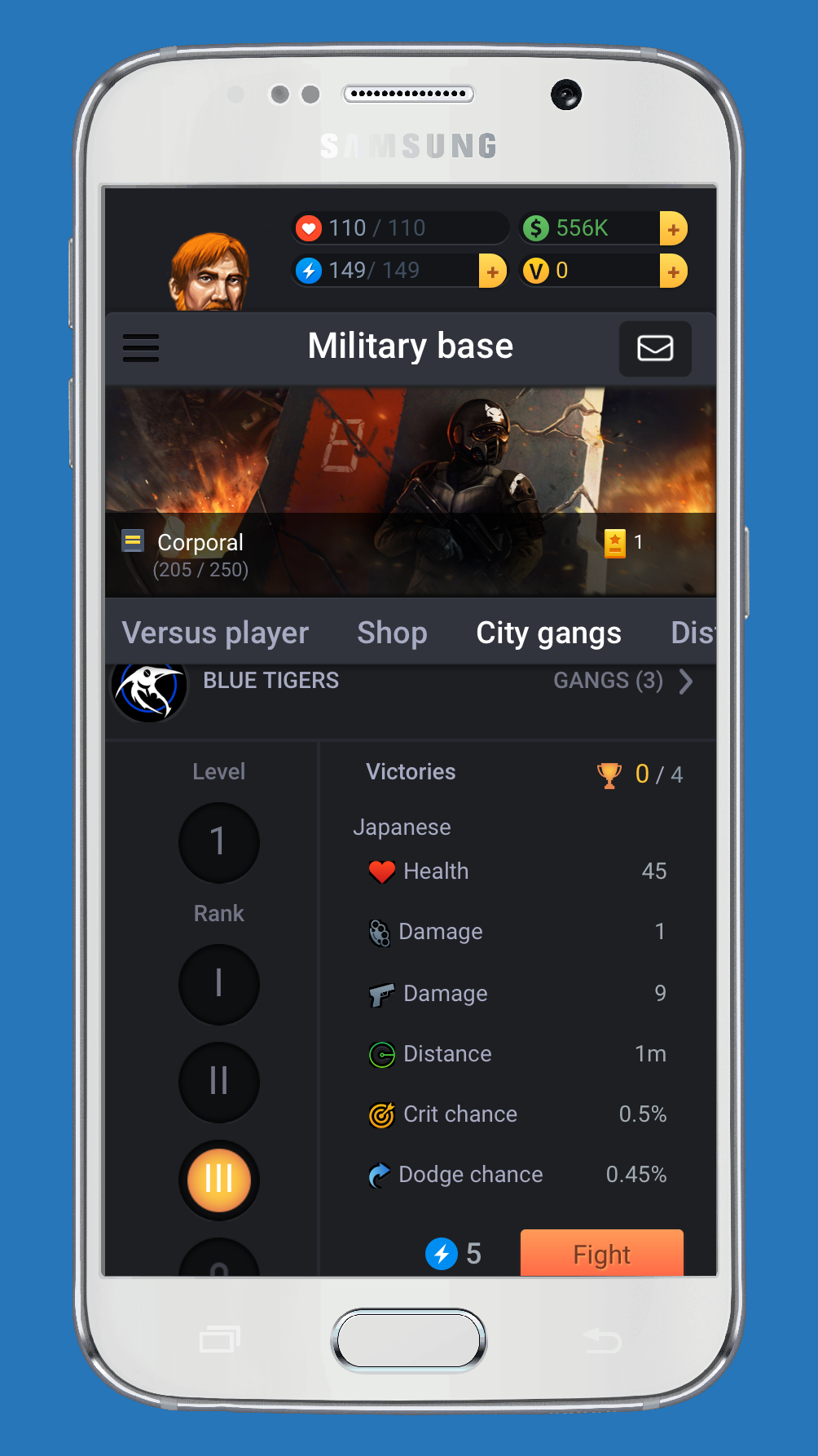 As you progress throughout the game, there are a variety of activities you can participate in. This is where the complexity of the game comes in. You can open businesses, fight neighboring cities, join political parties, and open a newspaper. Trading centers are available to trade goods to other players to make a profit. The developers designed this game for the hardcore players who want to be able to control every facet of the game. The concept of the game is very interesting. I like that the players control every decision in the game, including how the city is run. However, my biggest criticism is that they made this game too complicated to even begin playing. Usually a game will have a tutorial or introduction phase. The developers decided to opt out of a tutorial because they wanted to keep a minimal text interface. I spent a majority of time in the beginning of the game, clicking aimlessly trying to figure out what I was supposed to do.

The developers decided instead to write a guide, which is actually quite helpful. This leads to my second issue with the game. I chose the English mode because I only know how to speak English. However, many parts of the game are in different languages. The chat room and news section of the game have many posts that are in Russian. There were various sections in the guide which were in different languages or just had a blank page. 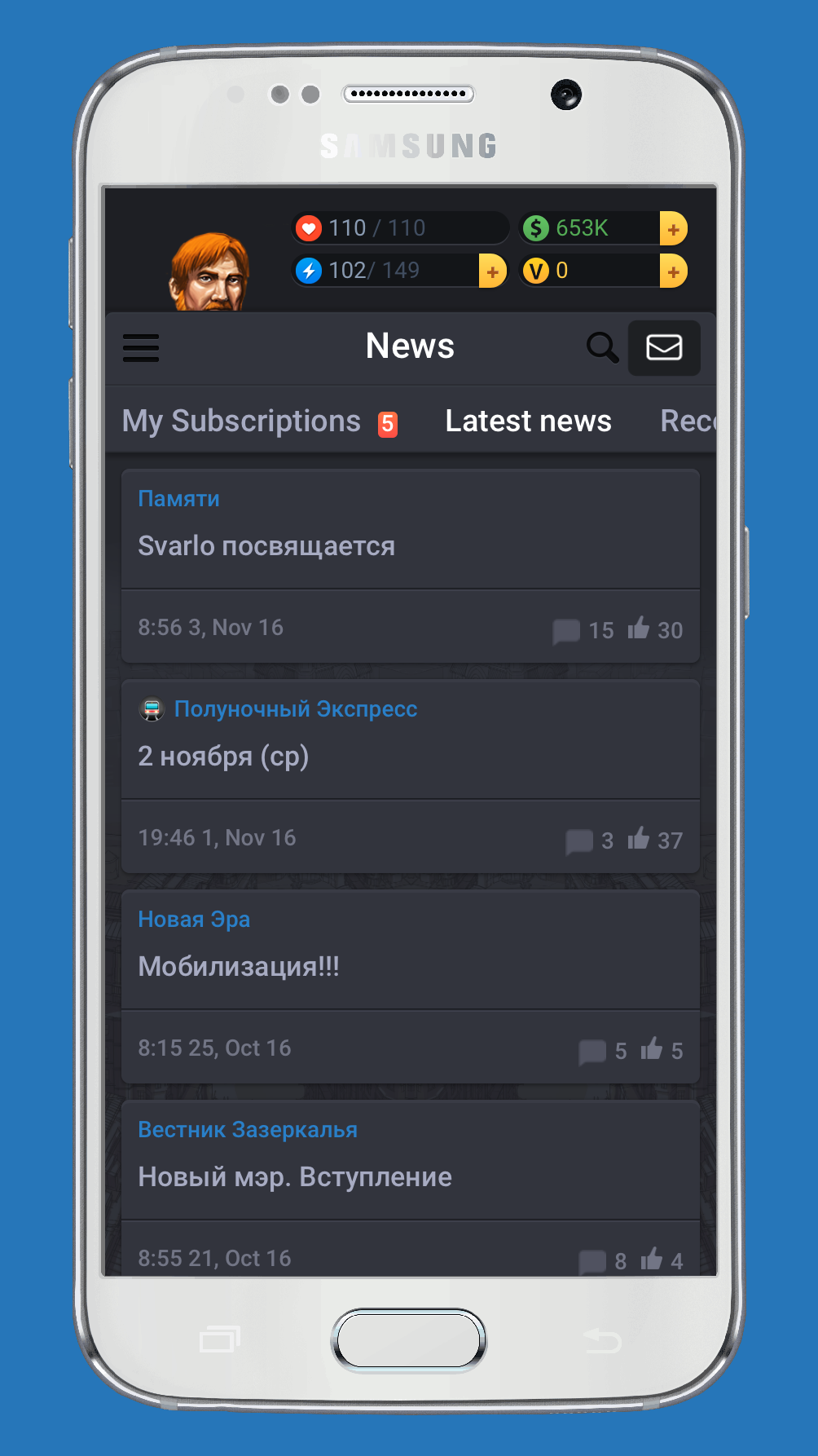 Despite all the issues, I had a pretty fun time playing this game once I got familiar with it. This is a game that I would not get bored very quickly because there are an abundance of things to do. The high replay value of this game makes it worthwhile to play. The game needs to be refined to make it easier for new users to play. It took me an hour of reading the guide and researching what to do to figure out how to play the game. The majority of players are not willing to spend that amount of time and will uninstall due to frustration.

Mobile games will continue to be very popular because it is such a good way to kill time. VirCities is an economic and political simulator for mobile platforms. The game lets you control a citizen who can make all the decisions you make in real life. You can choose a job, open a business, or write for the newspaper.

If you need to relieve some pent-up rage, you can go fight off street criminals and make your city safer. This game has the potential to be a great game, but the developers need to fix the language issues and introduce a tutorial to benefit the new player. This game is perfect for users who are tired of endless runners, or games that offer no real gameplay options.