Modern smartphones are created to be able to perform so many different tasks, from being able to check the internet (the largest repository of knowledge on the planet) to playing console quality games. With so much built into them, it can be easy to forget their original purpose, be able to understand our voices and words and then transmit them elsewhere. Well, today we are taking a moment to go back to our phone roots and appreciate the great ability that our smartphones and phones can do, understand sound. Even better, let’s appreciate that our phones can not only understand it but save it for later listening.

I mean, you never know when you are going to need to record a lecture in class because you are too busy staring at that cute girl that sits right in front of you. Morgan, I think we will call her Morgan. Anyway, I digress. Today we have a great new app that specializes in voice recording and does a great job. (Key drum roll!) Introducing Voice Recorder HD

The interface of Voice Recorder HD can be best described as modern and sleek. Designed with blacks, grays and some splashes of red, it is quite the looker and doesn’t try to distract you from its actual purpose. It seems that most apps nowadays try to impress users by throwing every color under the rainbow at them, when only one or two are really needed. Anyway, Voice Recorder HD not only maintains a great color scheme but they also do not try to add so many buttons and distracting elements to their interface and instead opted to only include the needed buttons. 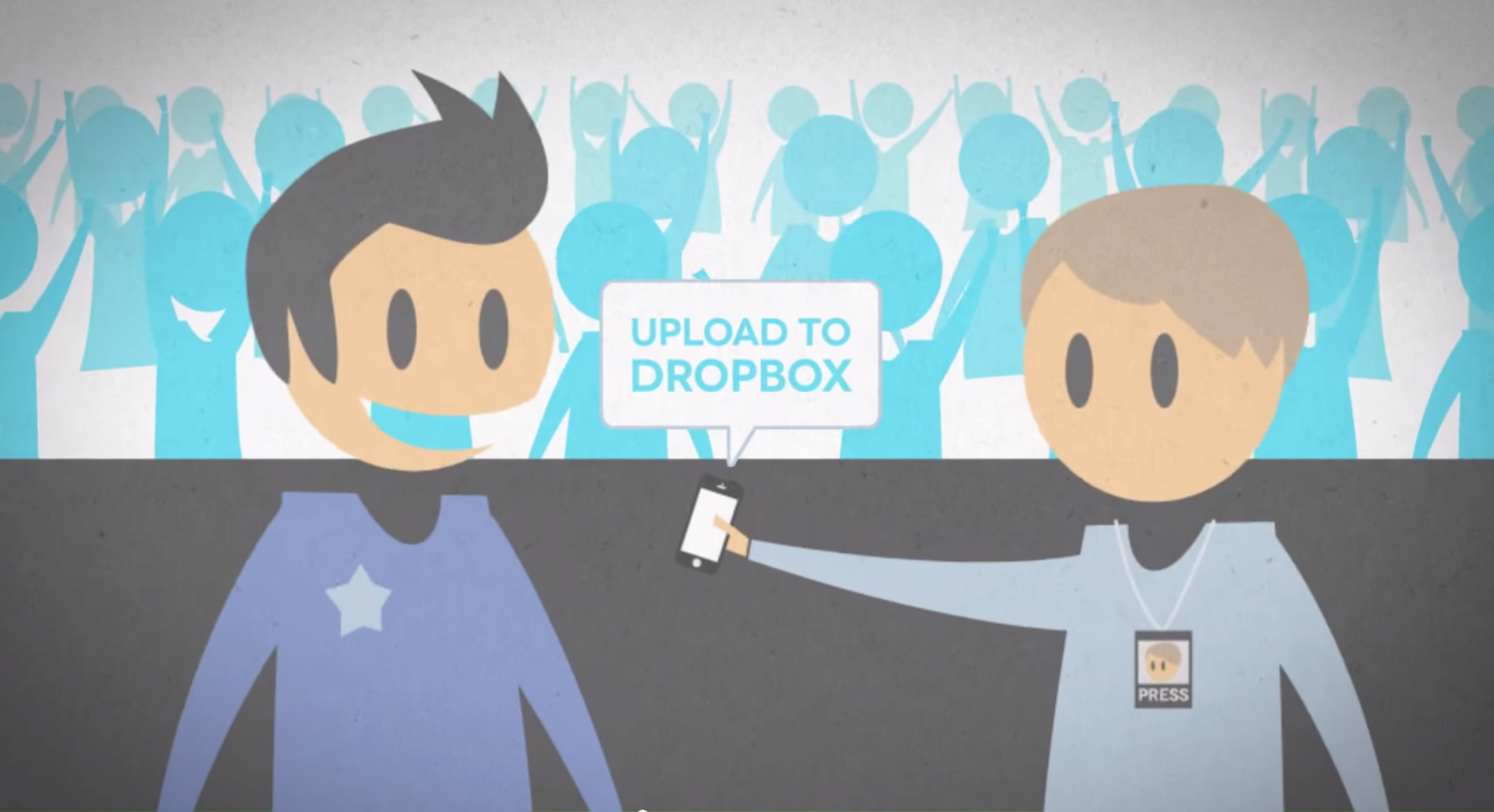 When you first open up the app, all you are going to see is the name of the app and a setting logo on the topmost bar, a Recorder and Voice Memo tab, a graphical image of a microphone that dominates the most of the screen, and pause and stop buttons on the bottom.

Click on the Voice Memos tab and you will be taken to the only other page of Voice Recorder HD. This section is going to appear empty until you actually record some audio, but once you do all of them will be listed on this page in order of recording. On the bottom, you will find buttons that will allow you to rewind the recording or forward it, whichever one suits your fancy at the moment.

Not satisfied with the current settings? Then you can click on the setting page on the top and from there you can change some of the options on Voice Recorder HD. From the General tab, you can change how you want your voice memos to be uploaded (which we will address later on) and the amount of time that can be rewinded or forwinded. Other options that can be changed are the recording quality and Dropbox syncing.

Now that we have addressed the way Voice Recorder HD looks, let’s delve a bit deeper into all the cool features that the app provides. The number one feature (and most obvious) is the ability to record sound. Now, while that by itself is not a world changing feature, it’s the way that Voice Recorder does so and then organizes it that makes it such a great app.

[row][double_paragraph][blockquote author=”Juan”]Voice Recorder HD is a great tool for anyone that finds themselves in need of recording audio on a daily basis. From recording that killer conversion with a famous celebrity to your baby’s first words, Voice Recorder has you covered. [/blockquote] [/double_paragraph][double_paragraph]They understand that not everyone has the latest smartphone that comes pre-equipped with over 32 GB of internal storage and can afford to just use storage space willy-nilly. No, they know that there are those that treasure their storage space more than I treasure my chocolate truffles. So they decided to allow users to be able to change the quality of the recordings from low, medium and high. They rate low as being “smartphone quality” and high as “CD quality”. The amount of storage that will be taken up will depend on which one of these settings you decide to choose from. Keep in mind though that with a lower setting you might be saving space but you will also lose quality in the process. We tested all the settings and found the medium settings to be a good balance between sound quality and data spaces. After you finish recording your voice, the file will be moved over to the Voice Memo section for you later enjoyment. [/double_paragraph] [/row]

Voice Recorder HD also has a nifty feature that you many other similar apps do not have, the ability to automatically pause itself when you receive a phone call and resume recording after your call has ended. Great little feature that at first glace might not seem like a very big deal but you are going to be glad you have it when you are recording an epic monologue for your next acting session and your Mom calls right in the middle of it. Now you can kindly tell her you are busy and quickly resume to what you were doing. 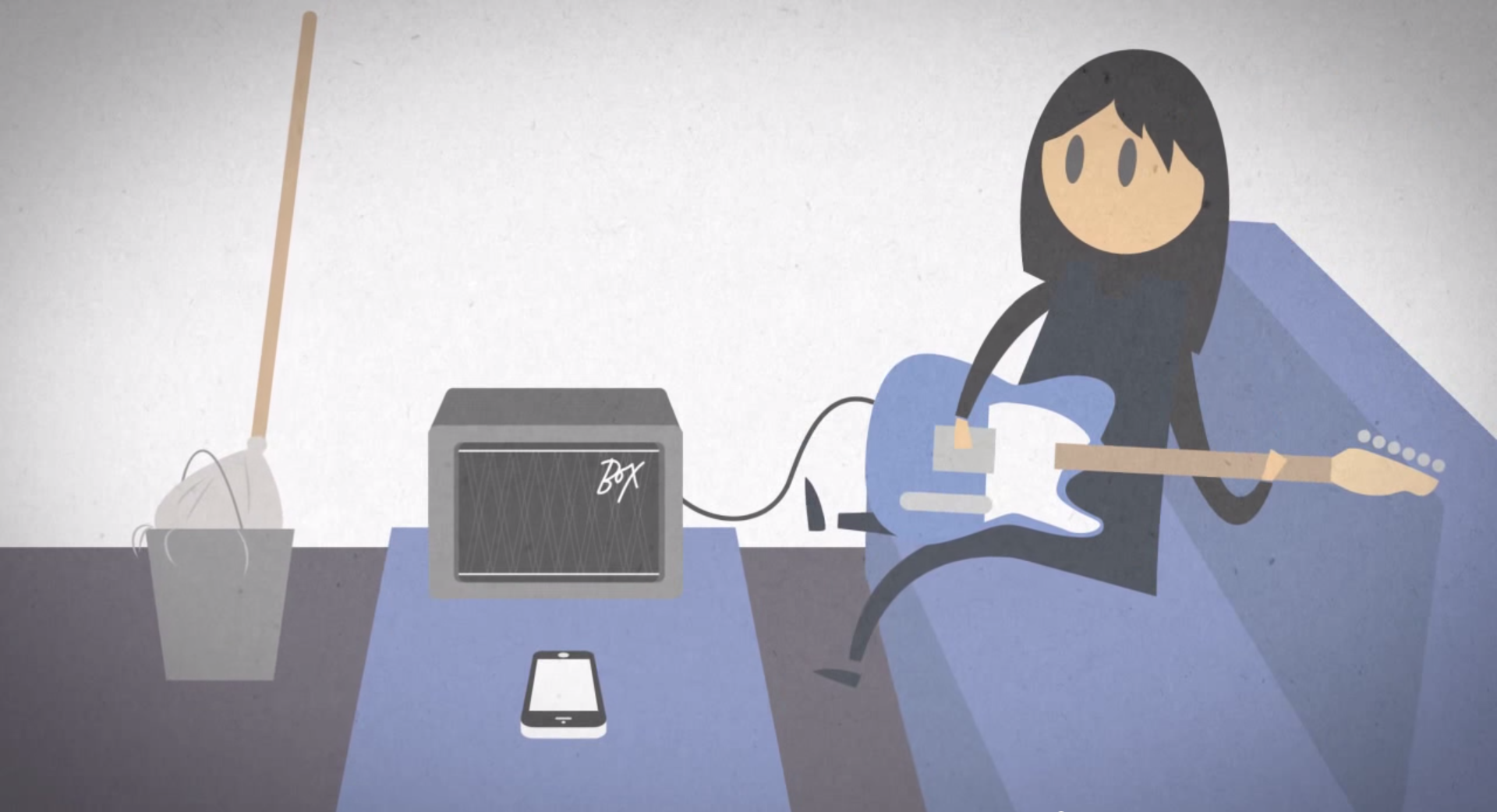 One quick thing that wish to mention is the ability of Voice Recorder HD to allow you to sync your Dropbox account to the app. This way, if you don’t have a large amount of storage on your phone, you can instead record your audio and then send it to the cloud. This allows you to record audio in High quality without having to worry about running out of space (At least space on your phone).

We really enjoyed using Voice Recorder HD and would recommend it in a heartbeat for anyone that is in need of such an app or wishes to replace their current recording application. One feature that we would really like to see in a future update though would be the ability to be able to sync our recordings with our Google Drive accounts. While I am sure that there are many of you that use Dropbox, there are also a great many that use Google Drive exclusively (One of those being me.) Make sure to download Voice Recorder HD using the link below and let us know what you think in the comment sections below!