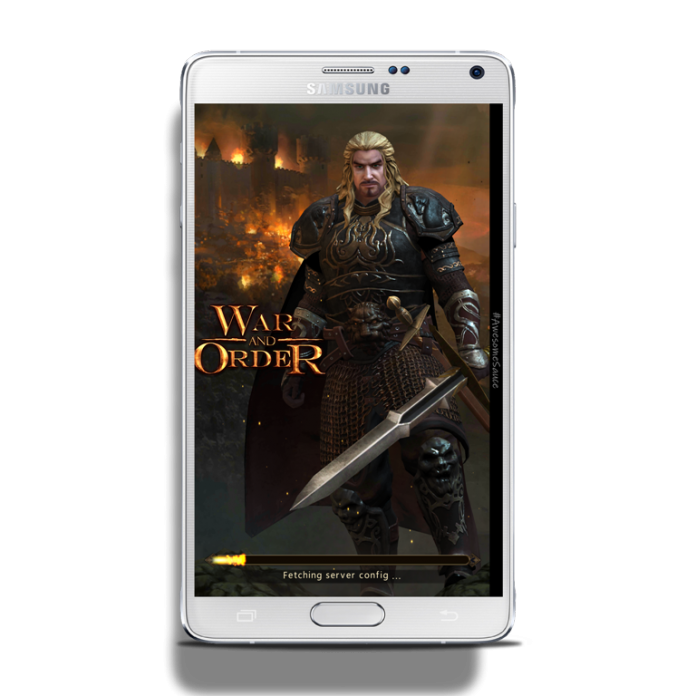 In this exciting civilization builder, you will raise your empire with an army of orcs, elves, and more, in the quest to have the largest empire.

War and Order is a game that honestly made me forget to check Facebook. I found it to be fun and different from other civilization building games (because when you get down to it that’s what all these types of games are). But it’s how this one is done that makes it more enjoyable than others I’ve played.

To be fair, the last one I could muster up to play for more than a day was Kabam’s The Hobbit, which I found dreadful after a while, so maybe I’ve prejudged others too soon. What makes this one different? Let’s find out.

The first thing people hate about playing these games is the building timers. Argh, I gotta wait 15 hours for a level two farm? Perhaps a bit exaggerated, but you know the feeling. I mean, the developer has to make money, but how do you do that and still please your players?

Well, the timers under seven minutes are free. What? Free? Yes, free. You don’t have to spend your precious gems to hurry up and finish your constructions, meaning that you can move your levels for farms and others to level six just like “that.”

Since this is an alliance-based game, you can ask your fellow members to help by clicking an icon that pops up and they can help you shave off a minute per person. This may not make a big difference on hour-long deals, but if you have a 15-minute timer and seven members help, that’s 7 minutes gone. Good deal in my book.

Another thing that makes this game better is it’s more based around teamwork. Your alliance contributes to a common pot in order to improve the entire alliance. So, for instance, by contributing wood to certain alliance technologies, the entire group can receive boosts to their sawmills.

Most games alliances are worthless when it comes to making groups, as they are only good for interacting socially. War and Order, though, introduces another innovative feature: rallying the troops. You can raise soldiers not only from your alliance, but for people who are outside of it to go and fight battles.

There are a lot of things that this game has in common with other civilization games but these are a few that really stand out for me with this game and what makes it more enjoyable. It could be argued that it’s really no different and that would be for you to judge after you’ve played.

Just to touch on this for a moment, there are many different packages of things you can get to upgrade your experience. The main currency to move some timers along is gems. You get them through various rewards just by playing, but you can also mine them in-game. Just find your closest gem mine and send troops out to get them. This goes for all your resources as well.

There is also a merchant ship that allows you to sell some of your resources for shells, which in turn allows you to buy various things from him, like building speed boosts. While this isn’t much, it does allow you to upgrade your experience without pulling money out of your wallet.

These types of games can be frustrating in a time of instant gratification. We want things and we want them now. So most people do get angry with these games because they don’t want to wait and they don’t want to pay, but we have to realize that the developer has put lots of time into these games and deserves to get paid.

I think the people at Camel Games have taken a positive step to make these games enjoyable for everyone who wants to play, whether it’s people who shell out the cash or people who refuse to ever consider it. Either way, I think you will enjoy it.

Download and install War and Order from the Google Play Store.

1 of 17
Note: Select outbound links may include affiliate tracking codes and AndroidGuys may receive compensation for purchases. Read our policy. As an Amazon Associate we earn from qualifying purchases.