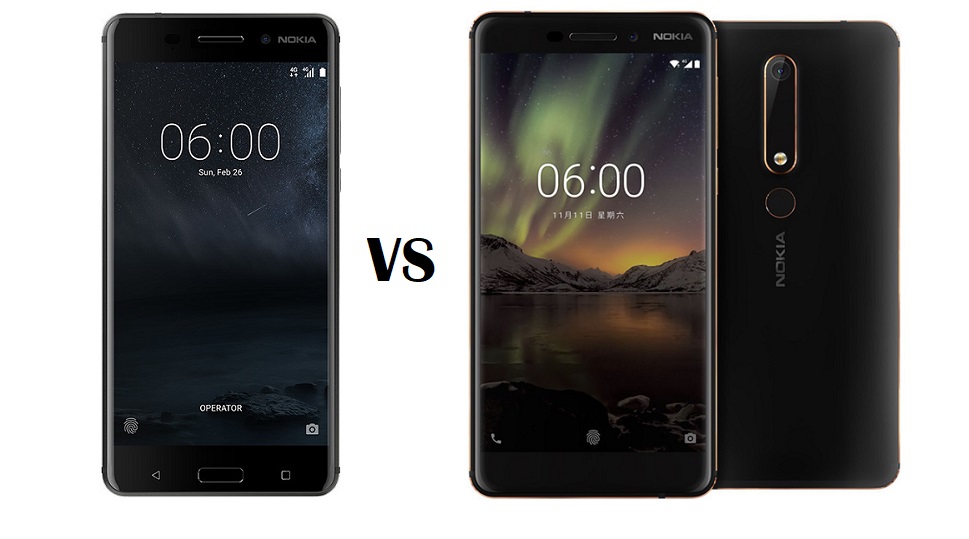 A year has passed since HMD unveiled Nokia’s first comeback smartphone in China, the Nokia 6, so this week the Finnish company has taken the wraps off an updated version of the phone destined to be sold in the same region.

The second generation Nokia 6 brings only a few improvements over its predecessor and in what follows we’re going to take a look at what sets it apart from the original version. 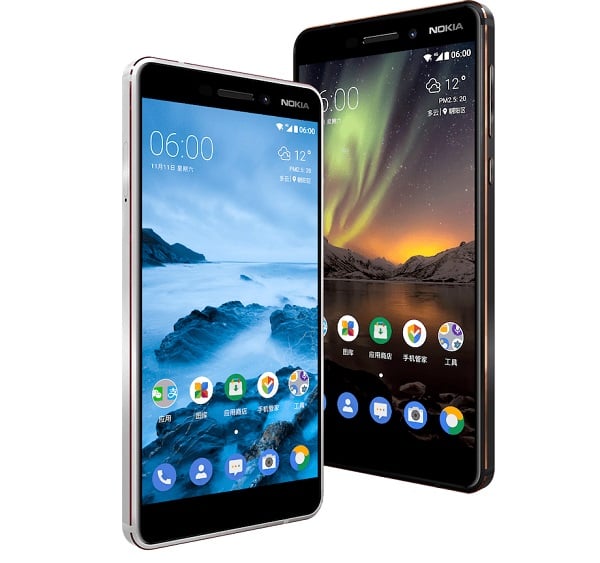 At a glance, the Nokia 6 (2018) looks quite akin the original model, although a few key aspects have changed. The phone still comes featuring a 5.5-inch IPS fullHD display and is based on similar aluminum unibody design.

However, unlike last year’s model, the second-gen Nokia 6 has shed the physical home button located under the display, so the fingerprint scanner now resides on the phone’s back. Despite this change, the top and bottom bezels remain quite chunky and the phones still feature the less modern 16:9 aspect ratio.

On the back, the centered vertical camera is now surrounded by a sleek colored rim. This year, Nokia is offering the Nokia 6 in two stylish versions: black with copper highlights and white with rose gold accents. The original Nokia 6 was sold in Matte Black, Tempered Blue, Silver, and Copper, as well as an Arte Black Limited Edition version. 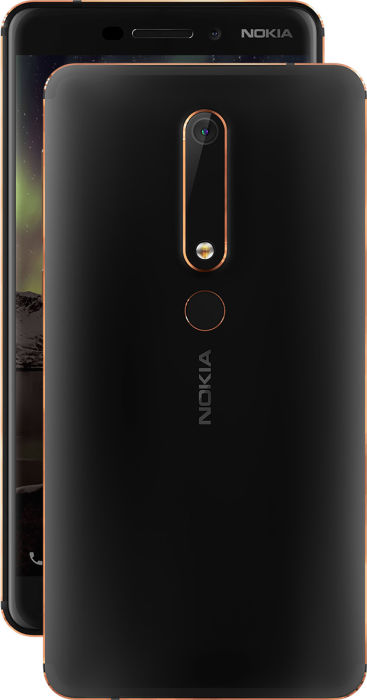 If last year’s Nokia 6 relied on a Snapdragon 430 (low-end 1.4GHz octa-core chip), the Nokia 6 (2018) makes the transition to solid mid-range territory by employing the help of a Snapdragon 630 (2.2GHz octa-core processor) – the same processor that powers mid-range phones such as the HTC U11 Life, Moto X4 or the ASUS Zenfone 4. 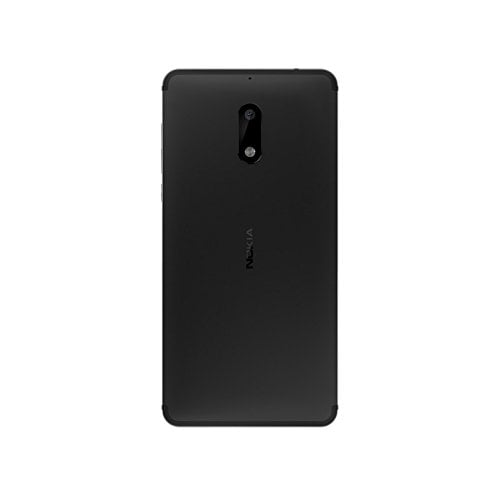 The Nokia 6 2018, on the other hand, includes 4GB of RAM by default with either 32GB or 64GB of internal storage. Both models include a microSD card slot for memory expansion up to 256GB.

Battery capacity hasn’t been upgraded this year, so both models rely on a 3,000 mAh powerhouse to keep lights on. 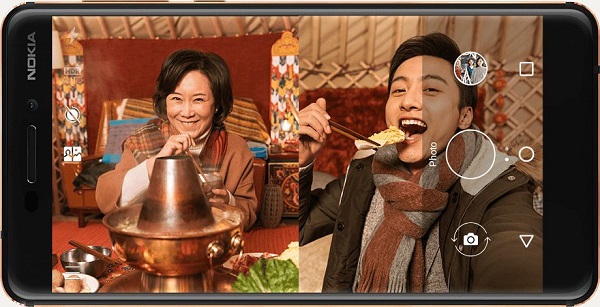 But the second-gen Nokia 6 now includes an additional microphone to support Nokia’s OZO Audio’s spatial audio capture, a feature HMD also offers on the Nokia 8 flagship. On the downside, the phone lost the second speaker in the process. 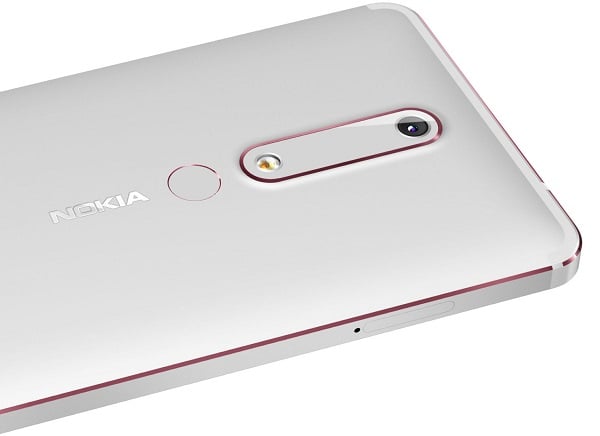 Another feature borrowed from the Nokia 8 is the Dual-Sight mode or bothie mode. This allows the phone to simultaneously film what is in front of the device, while also recording selfie videos. Useful? It’s up to you decide, but it sounds like it would be fun to try at least once. 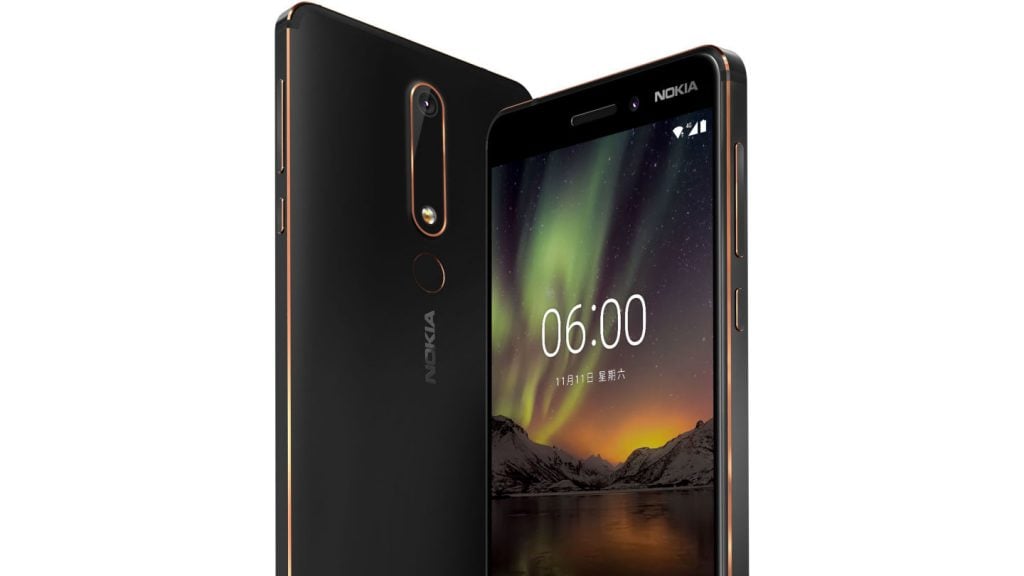 With the Nokia 6 2018, the company decided to ditch the micro-USB port in favor of the newer USB Type-C. The good news, however, is that the 3.5mm headphone jack is still on board the new model.

What’s truly disappointing about this new phone is that it launched with Android 7.1.1 Nougat out the box – the same software version the original Nokia 6 came with almost a year ago. Obviously, HMD said the phone will get the Oreo update soon, but that’s beside the point. Why are so few new phones launching with Oreo as default operating system when Google’s latest Android version has been out for months? We will probably never know…

Like its predecessor, the Nokia 6 2018 will be a China exclusive device at launch. The 64GB version is expected to land in retail with a price of approximately $260 attached to it, while the 32GB model will be sold for around $230.

Currently, the original Nokia 6 is available in the US for $229.99 on Amazon, while the Arte Black version with 4GB of RAM is no longer on sale (it was priced at $299). So it seems this year, Nokia has priced the phone more competitively.

Even the Nokia 6 2018 will initially go on sale only in China, we expect it to land in the States, as well at some point in the future.