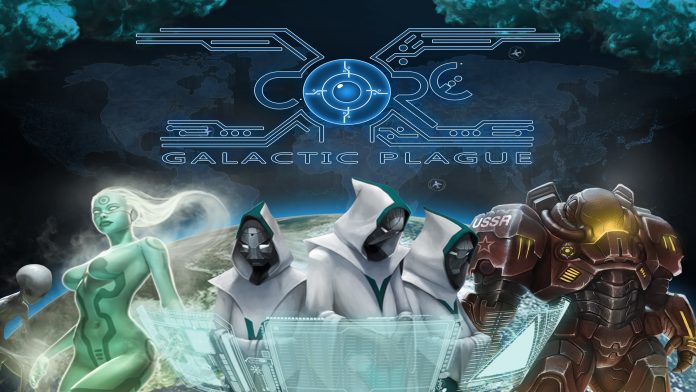 X-CORE. Galactic Plague. is an extremely familiar feeling “pandemic” game created by a Russian indie team. X-CORE takes the many virus and bacterium popular with the game type and recasts them into a variety of alien species looking to kill or enslave the planet. 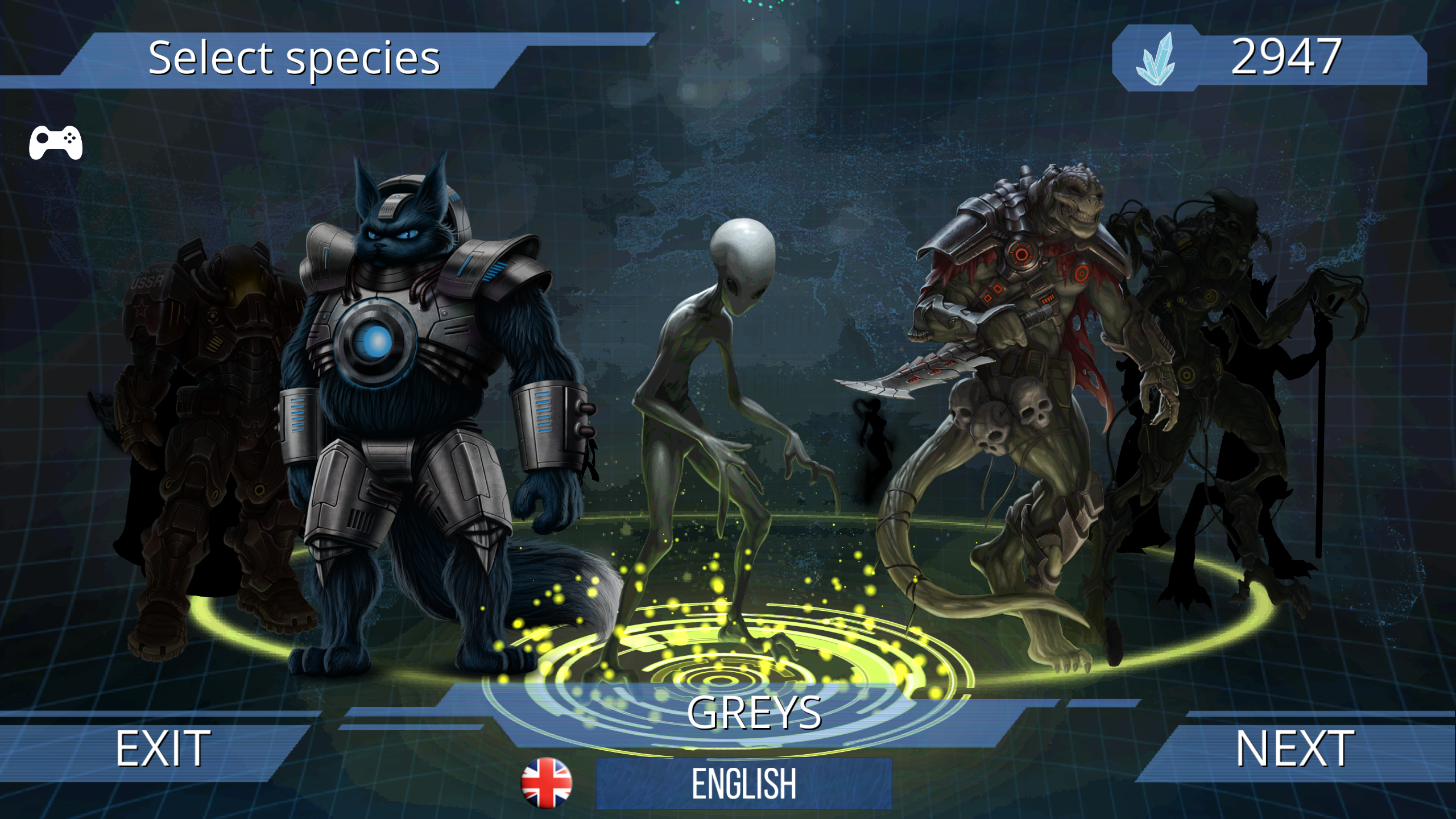 You can find X-Core. Galactic Plague. for free in the Google Play Store. After download and installation are complete, you are ready to begin playing. Upon launching the game, you will cycle through a few load screens before finding yourself in the middle of a mildly confusing game set up. The lack of a main menu means you are either in a game or in a setup menu to begin a new one. This is my first real problem with the game. The lack of menu or explanations makes it so there is no clearly defined way to continue a saved game, no stats or perk charts to strategize with, and no menu to adjust settings. 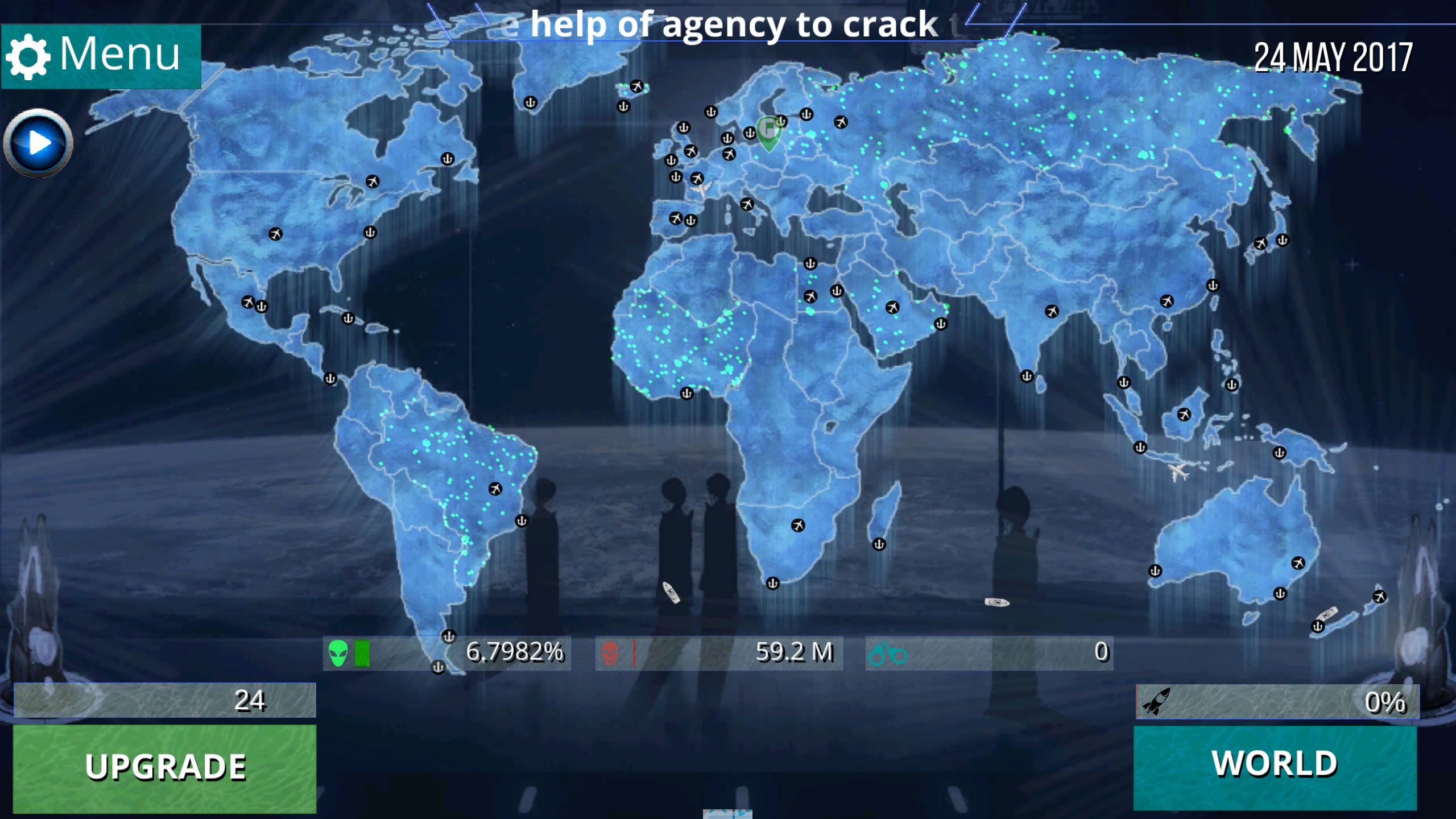 The gameplay found in X-Core. Galatic Plague. is extremely simple, repetitive, and not very well explained. Every player will start out as the “Greys,” a well-balanced race with no leaning towards mobility, power, or influence. Should the player navigate them to victory on the normal difficulty or higher, they will unlock the “Reptiles.” The reptiles have very low mobility, low influence, and a lot of power. There are seven other races for the player to unlock throughout the game in the same way, “beat the game with X on a normal difficulty or better.” The only time we see a move away from this is when the app is looking to sell you two of the alien races via in-app purchases. This lack of diversity makes subsequent playthroughs feel “familiar” and the game quickly lost my attention. 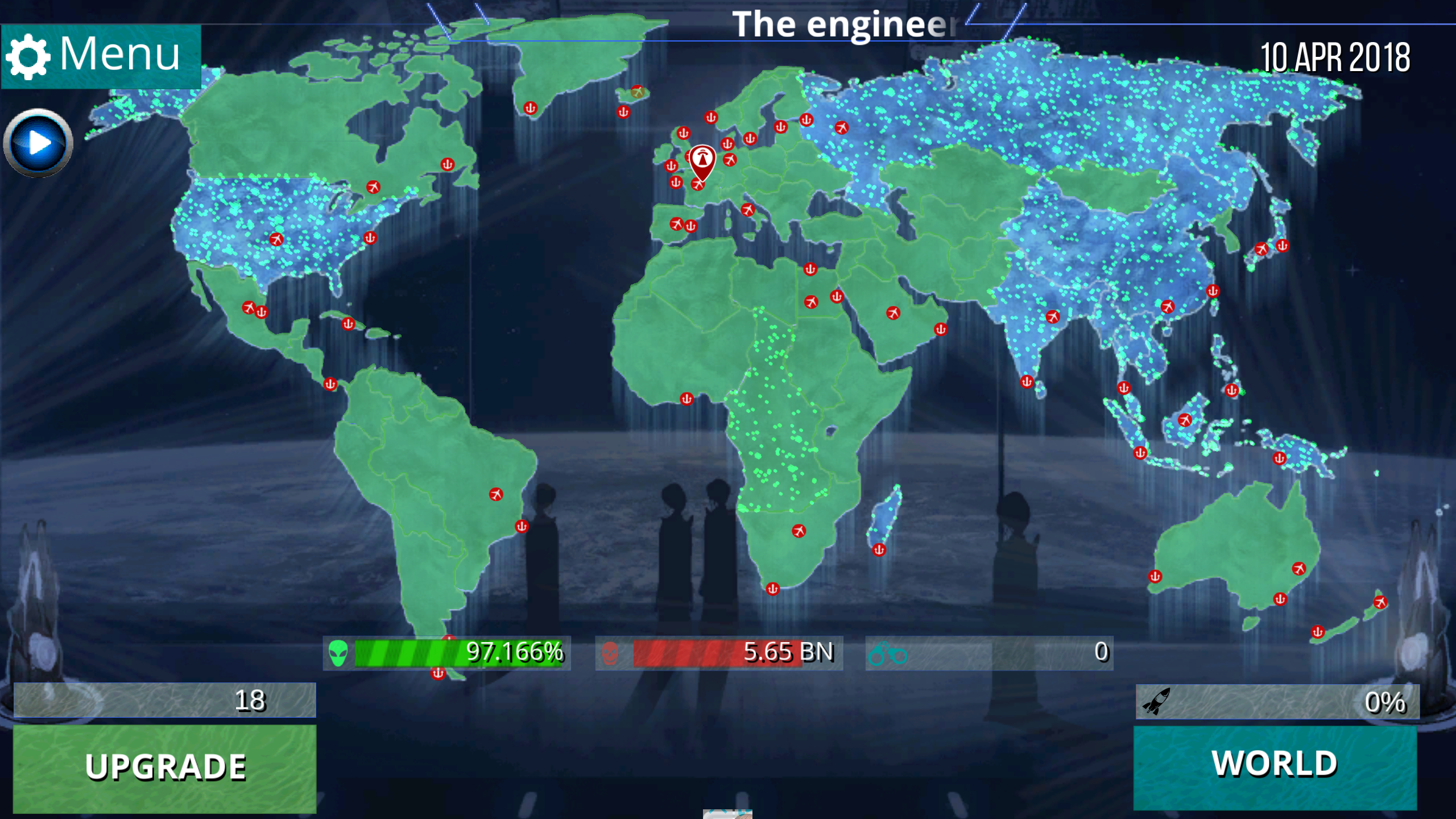 X-Core. Galatic Plague.’s gameplay is extremely similar and yet basic compared to many other pandemic games. You start your alien invasion in a country of your choosing. After that initial invasion, you begin to accumulate Skill Points (SP) which you can use to upgrade your alien force. There are five areas you can spend your accumulated SP:

These five categories contribute heavily to your success, but going all out in any one will likely cause your game to end in defeat. 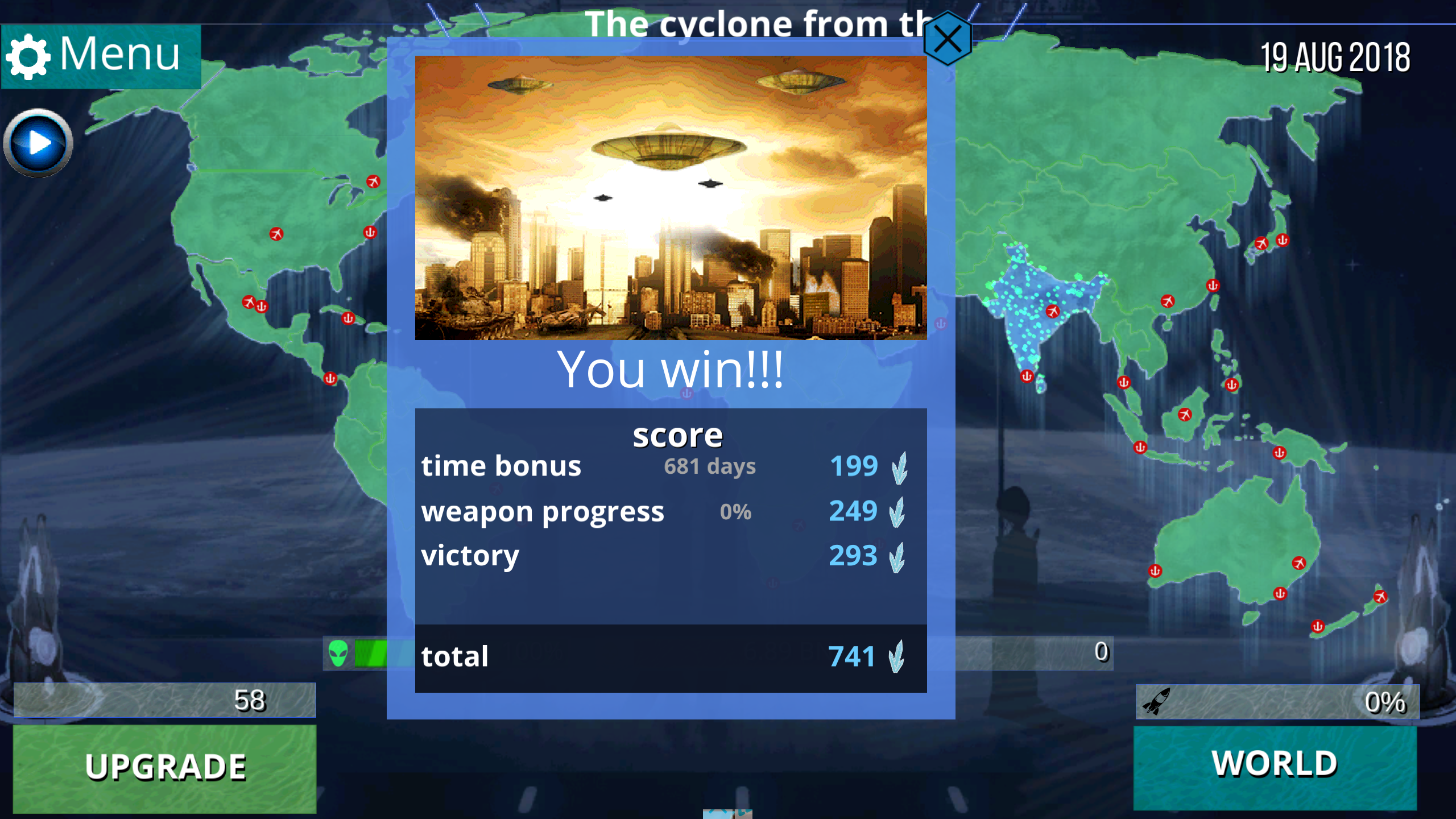 X-Core. Galactic Plague. is a simple game that is fun for three to five playthroughs after you have figured out the basics (which are not explained to you). After this threshold, the game quickly becomes repetitive, and even switching amongst the unlockable races available to the player does nothing to make the game feel fresh. The fact that the game is free does add some value to picking up the app for the afternoon, but I would not suggest investing any money in the in-app purchases.