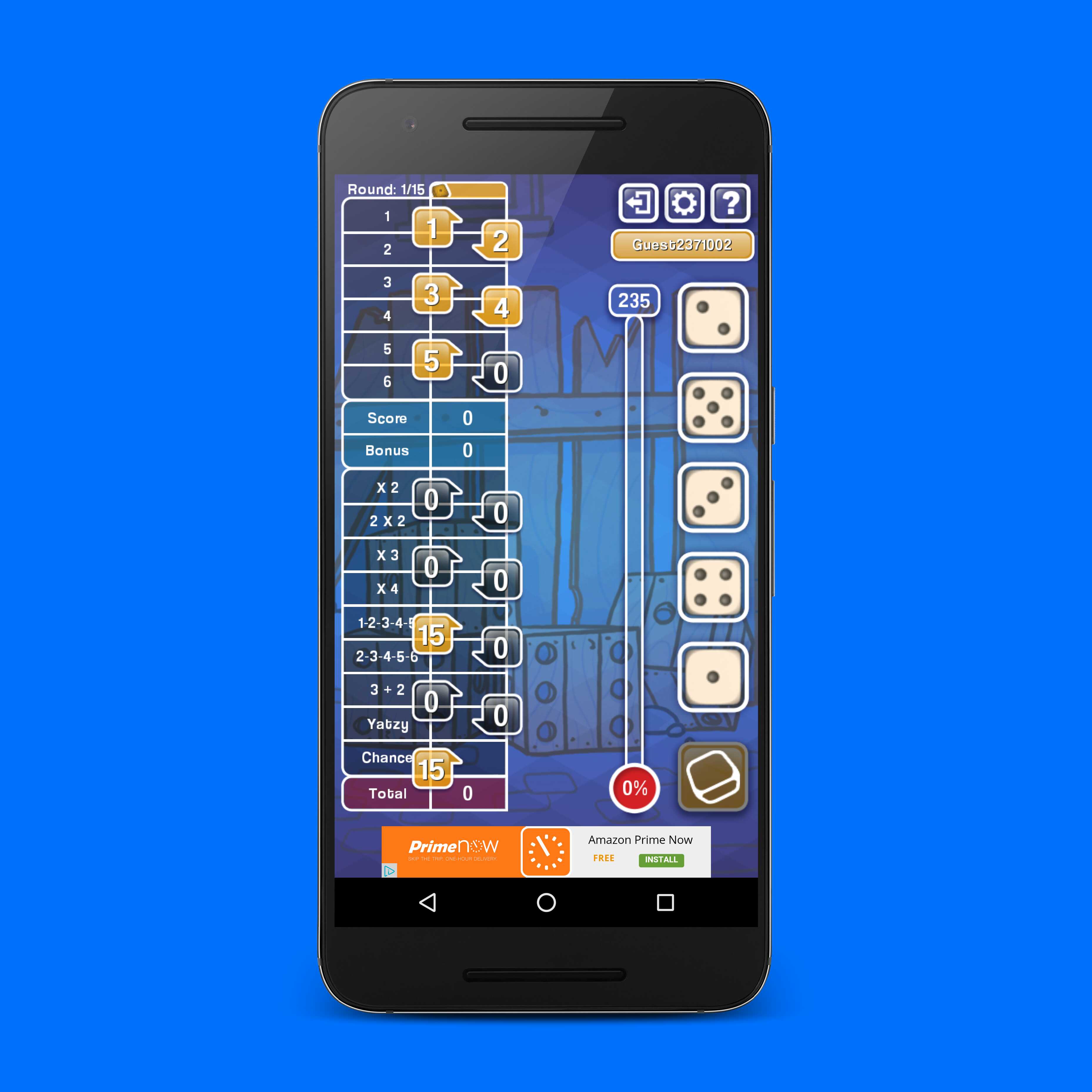 Yatzy Ultimate has a relatively simple, if slightly counter-intuitive setup. It does not support Google Account login (hence counter-intuitive) or Google Play, but it allows you to create and account with either Facebook or Game.IO. If you don’t feel like creating yet another game account, you can always play as a guest, and you will retain your credits persistently. There is also a handy tutorial/training mode right at the home screen, if you don’t feel like using your credits right away.

Having played Yahtzee extensively with my mother as a child, this app triggered a giant tsunami wave of nostalgia. It plays exactly as I remember, minus the pen-and-paper scoring and the irreplaceable feel of pouring the dice out of the shaker. If you haven’t played Yatzy, this app probably isn’t for you. If you’re curious about the rules, this is probably a good page with which to start. Yatzy Ultimate offers three different variations of the game to play: Yatzy, Maxi-Yazty, and American Yatzy.  The variations offer different rules and scoring, though, they all essentially play the same way.

Yatzy is relatively generous with their credits, starting you out with 5000 right off the bat. You’re able to bet as many as 750 credits and as few as 100 per game in the basic single-player stage, and you can buy additional credits via in-app purchases ($0.99 for 2,000, and up to $19.99 for 500,000). In addition to changing how much you can bet each round, you are also able to increase the score threshold you need to reach in order to win; thereby increasing the payout if you reach it.

There are currently seven different stages of betting, each one requiring significantly more than the last to qualify to enter. I am fundamentally wary of a game relies on random number generation (RNG), for a number of reasons:

1) No number is every truly random.

2) As such, the game could theoretically alter your results, and

Those things being stated, I feel that Yatzy Ultimate does a good job of making sure that your results feel fair, and not like you’re being robbed of your credits. Sound and visual design are okay, not phenomenal. The graphics look a little grainy on my Nexus 6P, which is a simple enough fix that I hope is remedied soon.

Yatzy Ultimate is a perfectly acceptable recreation of the classic dice game. To me the game will always be known as Yahtzee, but the spirit of the game is captured well, and is actually easier than playing the physical game due to built-in scoring and dice rolling. The game is free and you never need to purchase micro-transactions to advance, though the ads occasionally grate nerves.