Most people use some form of ad blocker to remove ads from a site that impede the user experience, but no doubt allow ads... 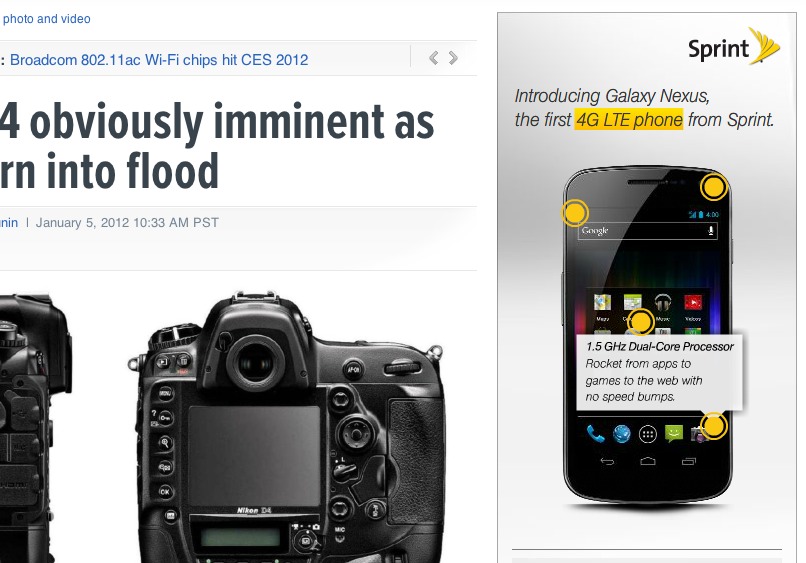 If you're hot into the rumor bin, then you'll love this one. In an ad that likely wasn't supposed to be seen yet with information...

Oracle Trying to get 50% of Android’s ad Revenues

We first talked about the lawsuit between Google and Oracle a while back, to refresh your memory, Oracle after acquiring Sun Micro filed suit against Google saying that the search giant infringed on their Java property a total of seven times. Back in Android's beginning, Google decided to write their own Java machine, Dalvik to avoid licensing fees. Indeed one of the reasons that Oracle bought Sun Micro was that they could bleed Google of some large amounts, as stated by past Sun employees who were part of the process of sale to Oracle. Now the latest salvo in the ongoing court case has been fired at Google. The target? 50% of their ad revenues on the Android mobile platform.

Mobile advertising platform, Millennial Media released some interesting market analysis today, showing that Android has surpassed the iPhone on their ad network in terms of ad impressions and overall revenue. This info can be taken as as indicator as to the continued growth of the Android OS, always good news for people like us!

Ever get depressed that you don't play much sports these days with all this technological revolution and web 2.0 stuff? Hoccer has the best...