You might think that Android is a pretty big player in the mobile space, but do you know how big? It's huge,...

Just $20, this online training bundle will teach you to code your own Twitter-like...

More than a decade under its belt, "social media" is bigger and more powerful than it has ever been. And while there's...

Are you an armchair technology critic, leaving passive criticism in the comments section of new apps and devices? It's easy to imagine as the consumer... 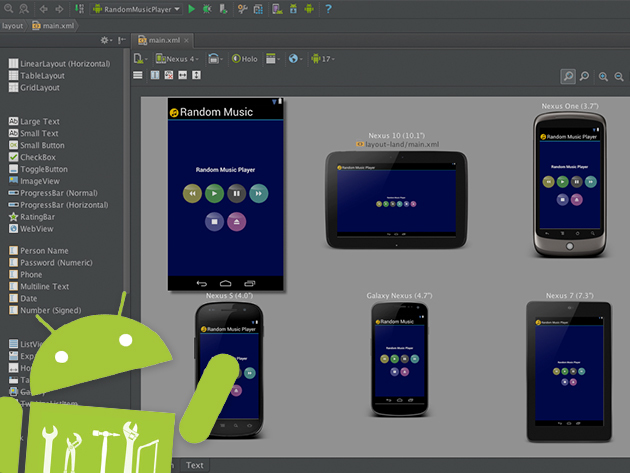 [Deal] Get the Android development experience you want for only $19

There are plenty of ways out there that someone can learn how to start coding and developing their own applications. We here at AndroidGuys...

As if you might have expected anything else, Google I/O 2013 has sold out in a matter of minutes. How many minutes this...

TigaByte has just announced the launch of a new software tool, called HyperNext Android Creator (HAC). Essentially, it will enable developers to build apps for the Android Market without the need for learning Java or dealing with the complicated Android SDK. HAC brings the ability to create apps screen-by-screen, much like Google's App Inventor. It's mostly aimed at beginner developers.

ScoreLoop Encouraging IOS Devs to Make the Move to Android

Is it just me, or does it feel like that perhaps the industry is finally taking notice that Android is here to stay?  The...

There's been a pretty big stink this week about how Google's new anti-piracy system isn't all that great and is, in fact, easy to circumvent. We haven't posted the steps in how to bypass the licensing tool here on AndroidGuys as we don't see any real value in it. Piracy just isn't cool.

The device dashboard over at the official Android Developers site has been updated after months of inactivity.  With the Motorola Droid recently getting bumped...

Remember back a few weeks, when HTC issued a C&D to LevelUpStudio to remove Beautiful Widgets, because it was too similar to their Sense...

A recent job posting listed on Logitech's website indicates a need for a "super-star engineer" to help develop a breakthrough product which combines "an...

Motorola's commitment to Android is becoming clearer by the week.Â  It seems like every time we turn around, they are up to something else...

Majority of Android Developers Aren’t Coming from Within Google

With the recent launch of iTunes App Store and the buzz about Android Developer Challenge,Ben Lorica at O'Reilly Radar did an interesting study based...