Barnes and Noble and Samsung team up for another e-reader, the Galaxy Tab A...

If you're in the market for an e-reader that can do more than just about any other on the market, Samsung and Barnes and...

Everyone loves a deal. If you’re in the market for a new tablet, Barnes and Noble may be a seller worth exploring. Entering early... 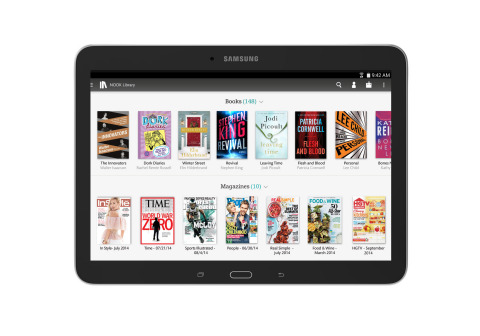 Earlier this year Barnes & Noble released the Samsung Galaxy Tab 4 Nook 7.0, a collaboration effort with Samsung to provide the functionality of...

We've previously heard rumors about a Samsung Galaxy Tab/Nook hybrid in the works, and it may finally be time for it to come true....

Barnes & Noble has turned to Samsung for its latest version of the Nook experience, reports the two companies. Arriving in August, the Samsung... 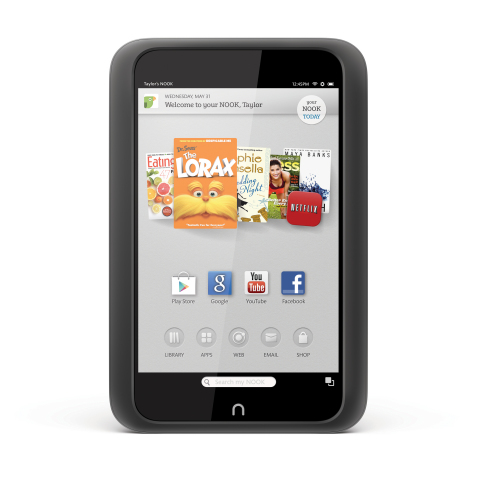 Barnes & Noble offering Nook HD for only $79 on Black Friday

Barnes & Noble officially announced their Black Friday deals today and chief among them is the Nook HD for $79.99. No, it's not the...

Barnes & Noble announced on Friday that the Nook HD and Nook HD+ will now feature the Google Play Store. Yes, the eReader that...

Barnes & Noble early this morning introduced a pair of new tablet/ereaders in the Nook HD and Nook HD+. Expected to ship in late...

There's some debate over the benefits between e-ink based e-readers and their tablet-fused brethren. Between readability for extended periods, battery life, multipurpose apps, compatibility...

Barnes and Nobles will be launching a cheaper 8GB version of the Nook Tablet in Wal-Mart stores across the country this week. Apart from...

B&N readying yet another Nook for spring

A New York Times article from late last week tells us that Barnes & Noble is putting the final touches on yet another Nook...

Barnes & Noble has begun shipping their latest product, the Nook Tablet, one day ahead of schedule.  While it might not seem like much...

The B&N products gain another 200 retail locations for consumers.

Can Barnes & Noble counter the Kindle Fire with a refreshed Nook Color?

Barnes & Noble, the world's largest bookseller, has announced some new apps and colorful content for its Nook Color tablet. If you remember, back in April, Barnes and Noble released a software update to the Nook Color, which gave it access to games and apps, and now they're adding even more content to their Nook store.
12Page 1 of 2