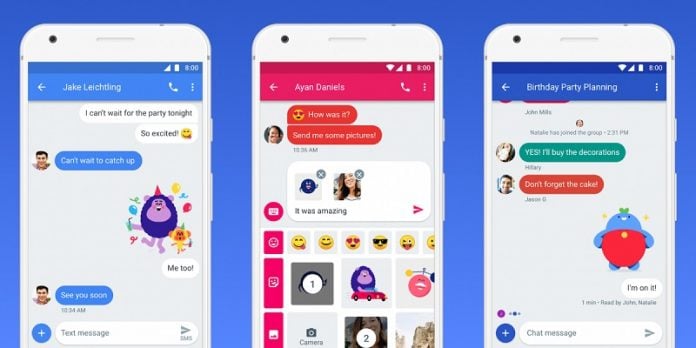 There are so many different messaging platforms these days, it’s sometimes to keep up with the latest announcements. WhatsApp, Facebook Messenger, Instagram – these are just a few examples.

But there’s one messaging platform that still works on every single phone out there and that’s SMS/text messaging. Unfortunately, many of the default SMS apps that are pre-loaded on phones are often not that good. The good news is that there are plenty of alternatives out there starting with Google’s own Android Messages service.

The app comes pre-loaded on Pixel devices and several other phones, but if yours doesn’t come with it on board, you can easily download it on your device. The service is clean, simple to use and RCS-compliant. What’s more, it includes some features you might not be using just yet — and you definitely should.

1. Add a subject to your text

When you’re writing an SMS message, you don’t usually get a lot of options. Well in Android Messages you do have some extra functions available.

For example, you can add a Subject to your text and mark it as Urgent. To do so, write your message and instead of pressing Send, long-press on it. This will have the effect of bringing up the Subject option on top of the text box.

Opting to add a Subject will make the text behave as an MMS, although the recipient should see it as a normal text.

Someone bothering you? With Android Messages, you can easily block someone. And there are two ways to go about that.

Either you can long press on the conversation and then tap on the Block button that looks like a circle with a strike-through that appears on top.

Or you can open up the conversation, tap on the three-dot menu in the top right corner and tap on People & Options. Choose “Block & report spam”.

In both cases, a pop-up will show up stating the following:

“You won’t receive calls or text from X. This conversation will be archived”.

You can also choose to report the number, in which case “the spammer’s last message (up to 10) and their number go to Google. Their last SMS may go to your carrier.”

Android Messages lets you easily share photos and search for stickers when you’re having a conversation. But there are more options hidden in there which you might want to explore like for example:

4. Switch to Dark Mode with a single tap

Following Android 9.0 Pie release, Google has also been busy updating some of its Android system apps including Google Phone and Android Messages.

In Messages the search giant has introduced a new Dark Mode that changes the app’s overall color scheme to black. It’s quite simple to switch to the new theme.

If SMS is still your main form of communication with others, you’ll message list will probably get clutted fast. Android Messages gives you the option to clean up your inbox without actually getting rid of your messages for good.

So instead of sending them into perpetual oblivion, you can simply archive them and make them disappear from view.

To do so, long press a conversation and then tap on archive button that appears in the top-right corner. Once you’ve archived a few conversations, you can tap on the three-dot menu in the top right and tap on Archived to view or restore them.

6. Text from the web

If you ever used WhatsApp for Web, Android Messages for web works in similar fashion. You will need to go to messages.android.com on your computer. Here you’ll see a big QR Code on the right side of the page.

Open up your Android Messages on your phone and tap the three-dot icon in the top right. Tap on Messages for Web and next on Scan QR code. Point the camera at the QR code on the other device. In a second or two, the two should be linked up. And you’ll notice all your conversations will start showing up in the left column of your browser window.

Android Messages will soon get an extended search feature which will make it easier for users to search through old conversations.

You’ll only have to tap the search icon and select a specific contact to see your messaging history with them including one-on-one conversations, but also the photos, videos and links you’ve shared in-between.

The feature should start rolling out to users as soon as this week.