Google launched Android Oreo 8.0, the latest and the most secure version of the Android Operating System to the public last August and it has been six months since the launch and not many OEMs have pushed the latest update to their devices.

However, it doesn’t mean that you have to wait for the official update to hit your device to get your hands on the exciting new features of the Android Oreo update.

Thanks to the app developers of Android, there are a already a ton of apps and tweaks available using which can offer Oreo features. Here’s how to get them, right now, on your current Android device.

One of the major changes made to the latest version of Android in terms of the user interface is the design modifications of the default home launcher including notification dots, adaptive icons and adding a collection of wallpapers exclusive to Android Oreo.

It is fairly simple to get your hands on these new updates, all you have to do is to just download and install the Google Wallpapers app from the Google Play Store and then install the Android Oreo launcher apk port from here.

If you have not installed any apk files before on your device, then you have to first enable installing from unknown sources option under the security menu in your settings app before installing the Oreo Launcher apk.

The Google wallpapers app will have all the Android Oreo wallpaper collection apart from other wallpapers. You can just open the app and then select the image you like to set it as your wallpaper or you can directly select the app from your phone’s wallpaper picker settings.

The ability to snooze the notifications sent by some apps installed on your phone for a particular amount of time might probably be one of the best Android Oreo features as it gives you granular controls over app notifications.

This feature is most useful when you are watching a movie on your phone or playing a game and you don’t want the apps installed on your to phone to interrupt you for some time.

Fortunately, you don’t have to wait for Android Oreo to hit your device to enjoy this new feature, as there is an app called Notif log notification history which lets you do this right now even if you are in older versions of Android. First install the app from the Google Play Store link here and then open the app.

Now give the app access to read and view your notifications and then enable the Floatie feature from the options menu of the app.

The app will now add a separate notification panel to your status bar and once your drag it down you will see all the notifications you have received from various apps installed on your device.

This feature works exactly like that of Android Oreo except for the interface which looks slightly different.

As an attempt to save battery and your mobile data, Google introduced nifty little Android Oreo features like WiFi assistant.

The usage of the feature is simple and what it does is that it will automatically turn on your WiFi as soon as you reach a location where you have previously connected to a saved WiFi network.

You can mimic the same WiFi assistant functionality of Android Oreo with the help of an useful app called Smart WiFi toggler.

The app not only automatically enables your WiFi as soon as you enter your location, it even turns it off as soon as you leave a specified location thus saving battery and mobile data. You can even set it to turn on and off for specified intervals of time.

This one might probably be the best feature of Android Oreo where you can watch YouTube videos as a small floating window even after you leave the app helping you to multi task or use other apps while watching your favorite videos in YouTube. However, you can now get this feature with the help of an app called Float Tube Video Player.

The app is a wrapper for YouTube and you can just open it, select the video you want and click on the floating icon on the video and it will continue to play inside a floating window even after you leave the app. The app even lets you play your local videos in the floating mode.

Android Oreo finally allows the user to add custom shortcuts to the lockscreen by replacing the default dialer and the camera app shortcuts. You can now add a shortcut to your favourite app to the lock screen to easily access it.

To make use of this feature in your non Android Oreo device, just install the custom lock screen app from Microsoft called Next Lock Screen.

The app, eventhough does not look like the lockscreen in Android Oreo and completely replaces your lockscreen UI, still allows you to add custom shortcuts to your favourite apps, settings or even your contacts. 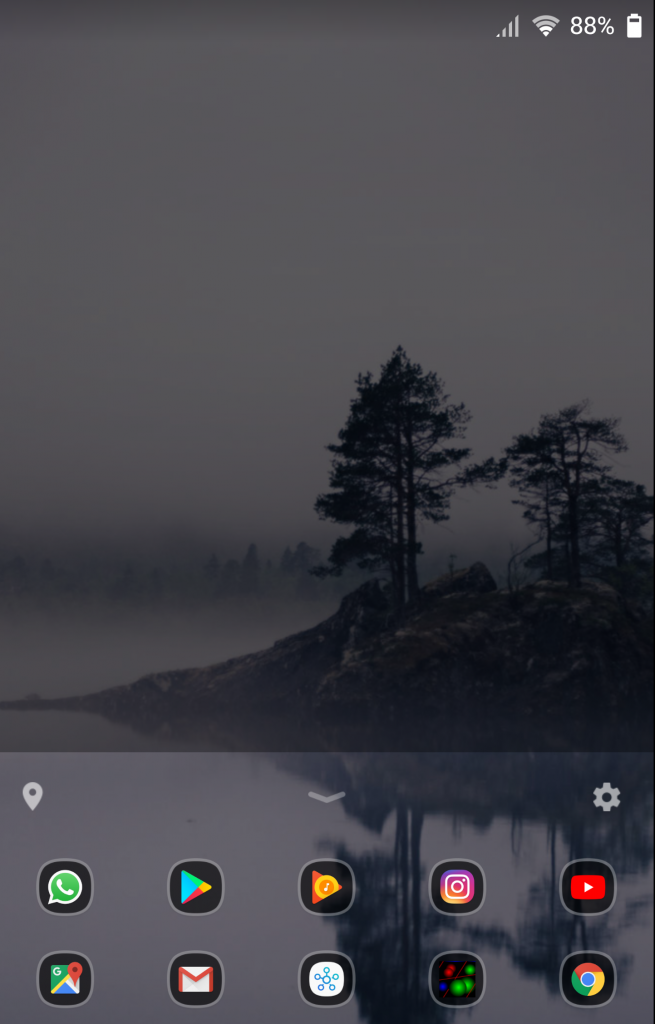 Well, this is how you can get the taste of Android Oreo without actually having it on your Android device.

However there are still a lot of behind the screen improvements and security updates that come with the Android Oreo update for which you have to wait till your phone manufacturer rolls it out to your device. Until then, have fun with these latest Oreo features on your Android phone.