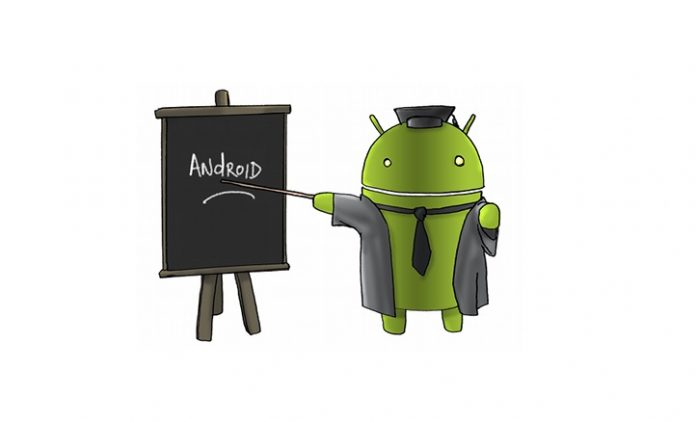 If you’re like me, you love trying out new apps. I have a passion for photography, so I’m always on the lookout for new camera or photo editing apps. That’s why I tend to install a lot of apps on my device, which in turn means I run out of space on my home screen pretty fast.

The solution? You can create app folders which in turn help you organize your apps by categories. This way if you love to download both games and photo editing apps, you can make sure they won’t get mixed up. It’s quite hard to try and locate a single app when the whole screen is filled with them, especially since you can’t quite remember the name of a specific app. But if you create a few folders and assign them the proper names, it becomes much easier to the apps you’re looking for. 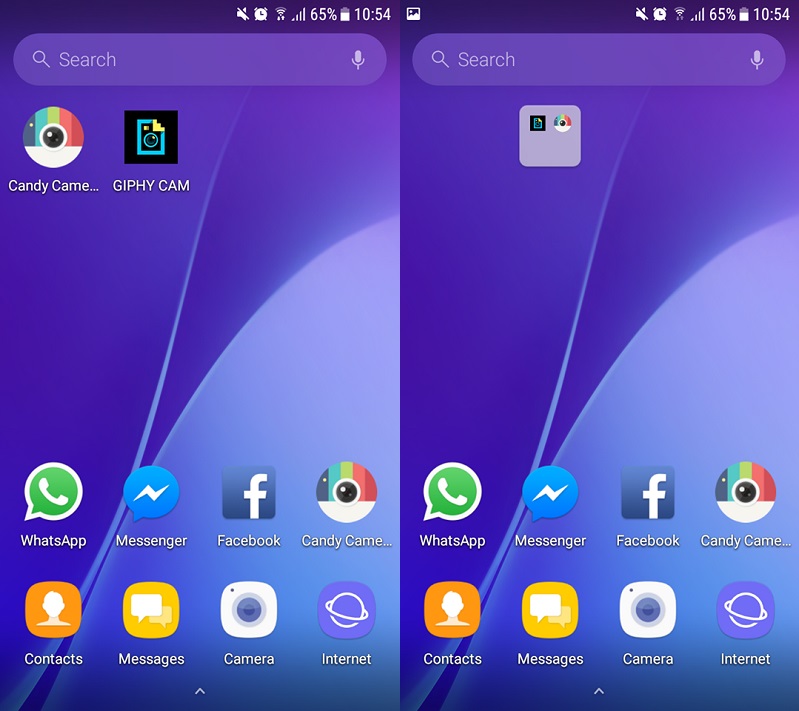 To create a folder simply long press on an app. Press and hold your finger on the app until you feel a slight vibration. Now drag this app onto another app (from the same category). This action will automatically prompt a folder to appear.

Keep in mind that you can’t drag folders onto apps, nor can you drag home screen widgets into apps.

Note: On older versions of Android like KitKat, you had to tap and hold an application. A “Create folder” option would then pop up and you had to drag the app to it and then let it go. 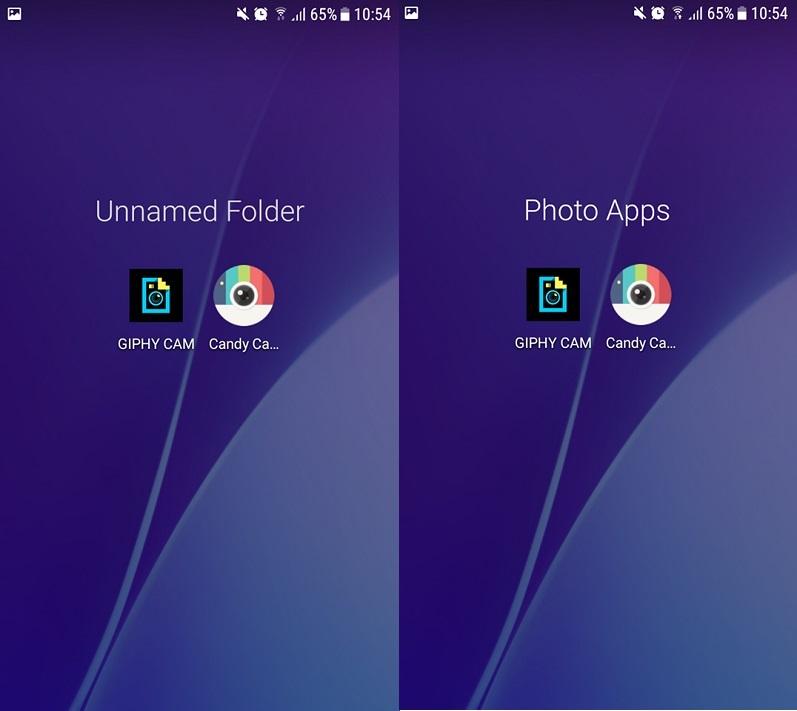 Once your folder has appeared tap on it. It will say “Unnamed Folder”. Tap it and name your collection of apps and then hit Done. Now you’ll see the name displayed on your home screen. 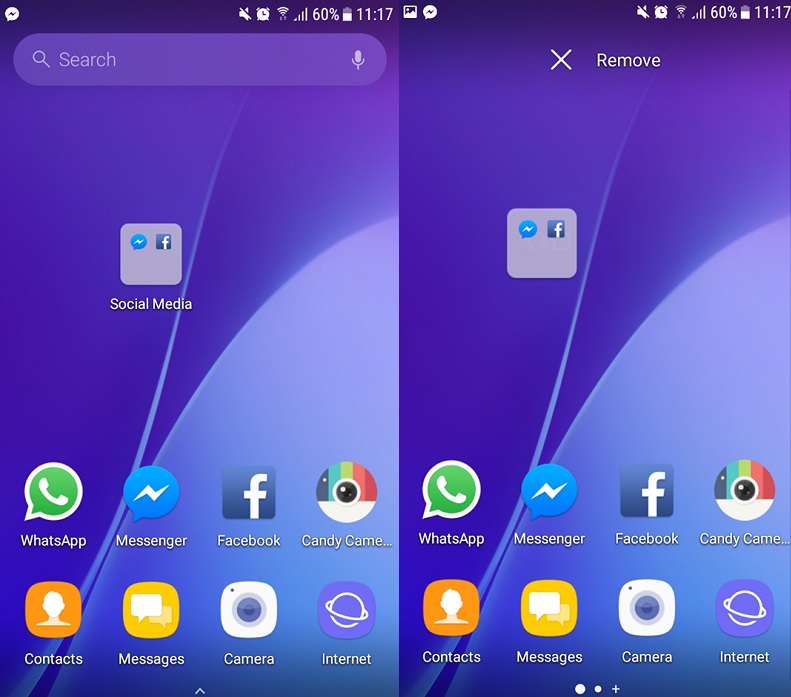 If you are no longer using the apps in the folder and you want to get rid of them, you can easily delete the folder. Simply long tap on it until the Remove option pops up on top. Then just drag the folder there. The folder will be gone, but that doesn’t mean the apps have been uninstalled from your device. You will have to do that later (from Settings or by long pressing an app icon).