You might not know this, but Android has some nifty and unique features hidden in a secret menu called Developer options. But even if these options are built for the convenience of developers who need additional functions to test apps they are writing, it doesn’t mean the regular user can’t benefit from trying them out.

Also, it wouldn’t hurt to know a bit about these hidden Developer options. Especially since some can actually help you improve your overall Android experience. Here are five you might want to try out on your phone. But first…

How to enable Developer options on your phone 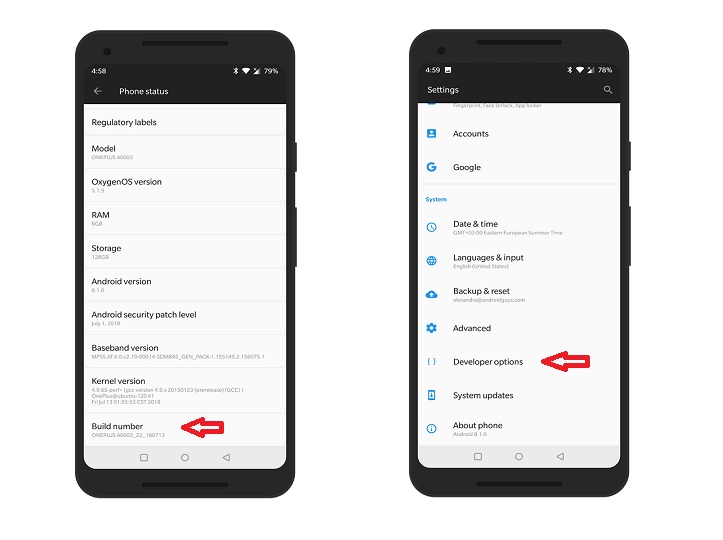 In the upper right corner, you’ll notice there’s an on/off toggle, in case you ever want to deactivate the Developer options.

Below you’ll be presented with a very long list of features. And here are five options you might want to try out for yourself. 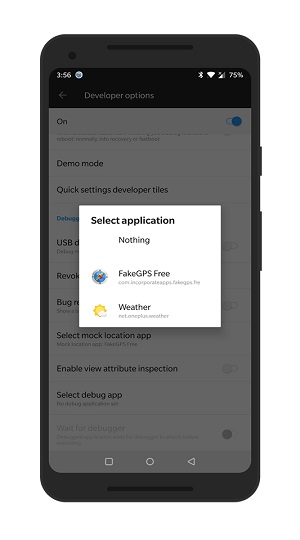 Ever wanted to install an app that wasn’t available in your area? Or perhaps you didn’t want your friends to know where you are. Fortunately, there’s an easy way to fake your location from Developers options.

Scroll down until you encounter Select mock location (under Debugging). But for it to actually work, you’ll need to have one of those GPS spoofing apps like FakeGPS Free. Get one, launch it and set up the necessary permissions.

When you’re done, go back to Developer options and tap on Select mock location and choose your app. Then open up the app once again and select your new location. 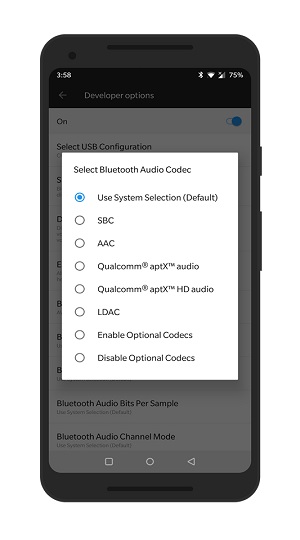 Google added support for Hi-Fi audio codecs in Android Oreo. This means that when used with a Bluetooth device that supports codes, your phone can switch to the corresponding codecs to stream audio in better quality.

But what happens when a device supports multiple audio codecs? Well, there’s a Developer option that lets you choose codecs manually. It’s called Bluetooth Audio Codec (under Networking). While System Selection is the default option, it’s incredibly easy to change to other codec options (see above).

Force any app into split-screen mode 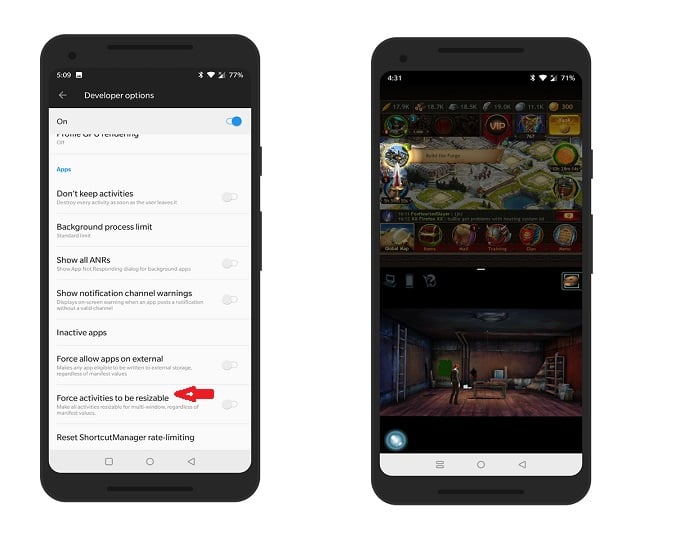 Google started offering split-screen for apps with Android Nougat. However, some apps don’t work in split-screen. Fortunately, you can force them to open in split-screen by enabling Force activities to be resizable in Developer options. You’ll find it under Apps. Then reboot your phone and voila! Just keep in mind that some apps might crash, as they haven’t been optimized for this mode.

Boost the quality of graphics in advanced games 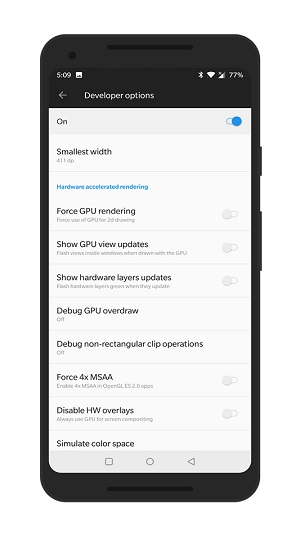 If you’re using a high-end Android device and you want to see how far it can go, you can try enabling 4x MSAA in OpenGL ES 2.0 apps.

As a result, you will be able to enjoy smoother, better-looking graphics in some advanced games and apps. But consider this: the extra processing power will put a toll on your battery, so it will drain a lot faster. 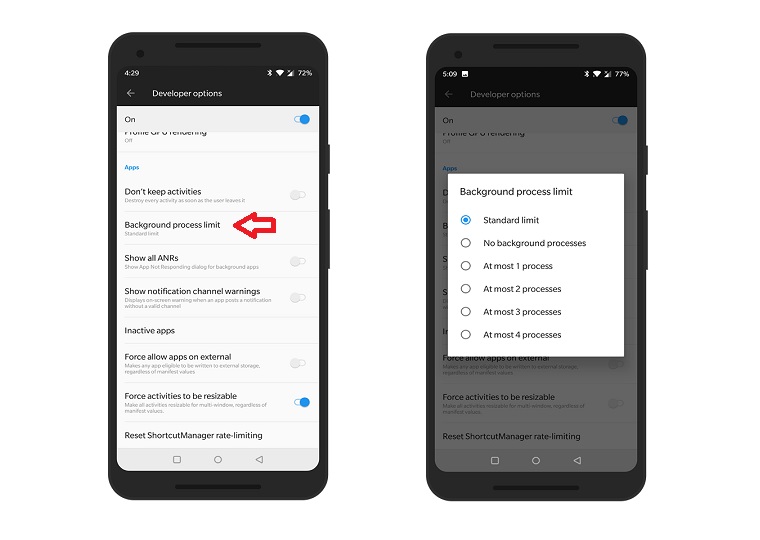 Want to see faster performance on your Android device? Find the Background process limit in Developer options and tap it to select which apps should remain running in the background. The maximum is four or you can choose to have no apps at all.

In case you opt for the latter option, all your apps will be terminated once closed. Which will have the effect of boosting your device’s performance.

How to speed up your Samsung Galaxy S9 or S9 Plus