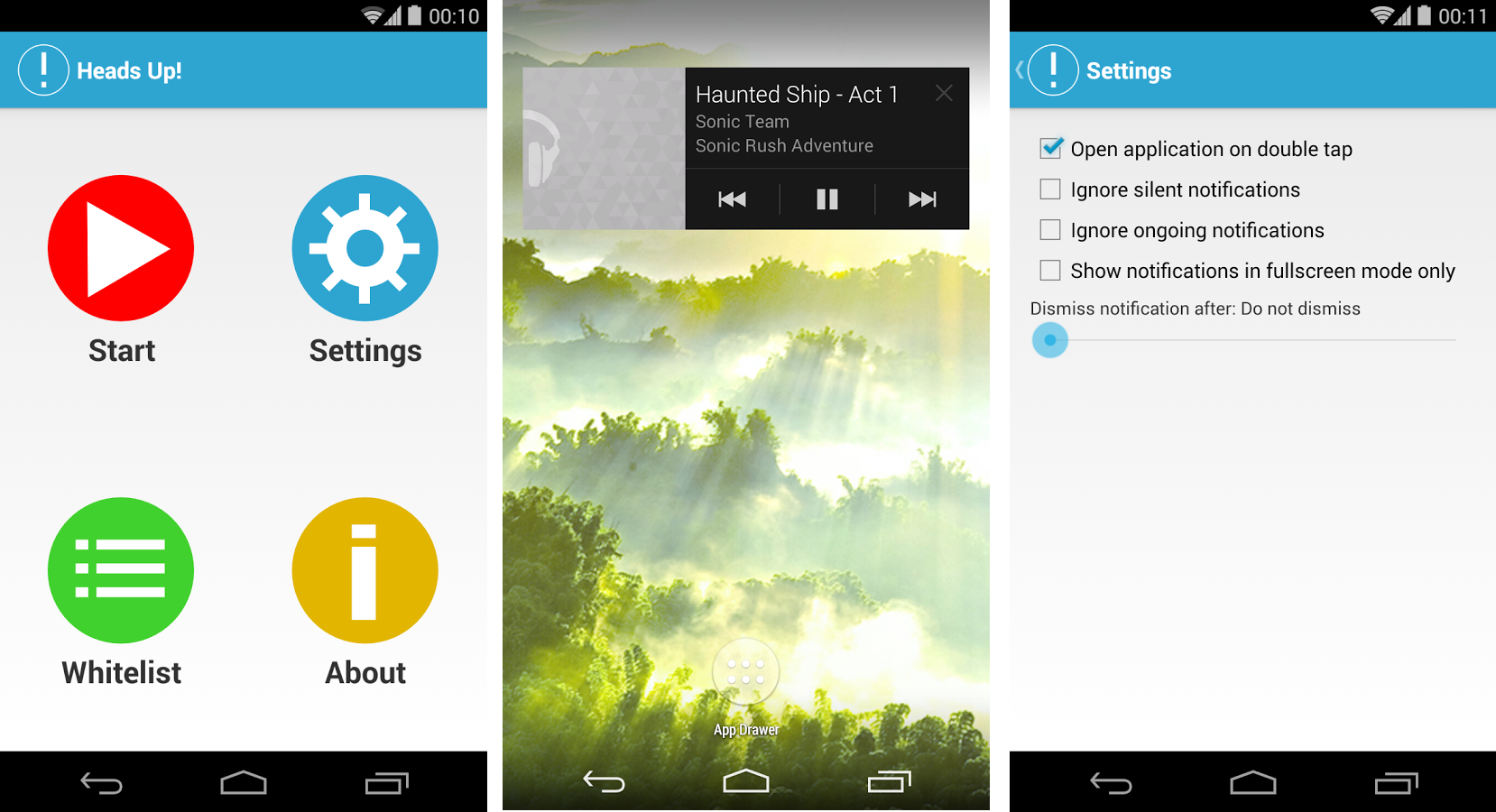 It’s quite obvious Google I/O is Google’s biggest event of the year and one of the biggest tech events in general. This year Google had lots to say, they announced a bunch of stuff, but Andorid “L” preview was one of the biggest, definitely. Developers are apparently working 24/7 in order to bring some of that “L” preview to users which don’t own a Nexus 5 or 7, in other words those who can’t install Android “L” developers preview or don’t want to bother doing that.

Android “L” keyboard landed in the Google Play Store yesterday and now we get “Heads up!” notifications the same way. This app is brought to you by a developer called “Woodblock without Co.” and was first announced on XDA, where you can still preview it and download it for free. If you don’t want that hastle, you can get it directly via Google Play Store, though it will cost you $1 to get it from there. This is a small price to pay, plus you’d be supporting the developer.

There are lots of options within the app, you can whitelist/blacklist apps and even set the app to show you heads up notification while you’re in fullscreen mode within a certain app. This application is really packed as we said, but don’t take our word for it, if you want some of that Android L goodness, follow the links and see for yourself!