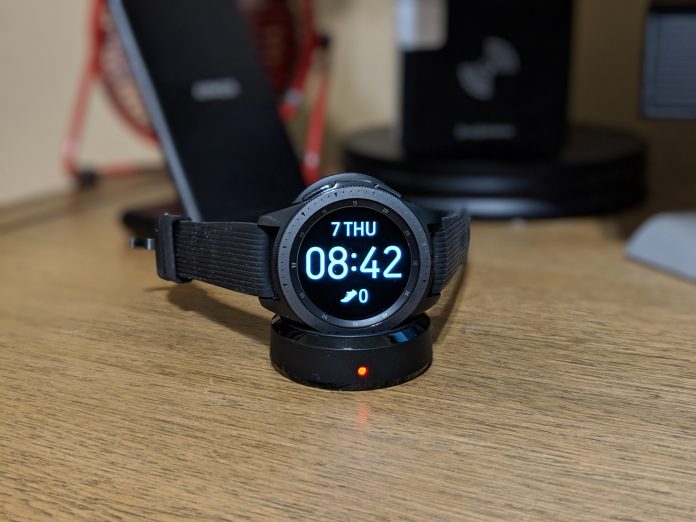 The Samsung Galaxy lineup has become one of the best options in mobile for your smartphones, tablets, and even watches. One of Samsung’s latest watches is aptly named the Samsung Galaxy Watch. So maybe you just picked one up, but you’re not really sure where to start? We’ve got you covered!

Here are the first five things to do with your new Samsung Galaxy Watch.

Sync to the Companion App

While the Samsung Galaxy Watch does have a version with full LTE, you will most likely be syncing this with the app.

Another great thing about having a smartwatch is the customizations. Samsung’s default offerings for watch faces is fairly robust and you can download even more. You can also set custom colors and widgets on each face.

You can also pay from your snazzy new Samsung Galaxy Watch via Samsung Pay. Just like your smartphone, you have the option to make wireless payments without your physical credit card. There is one caveat to the watch payments. It uses NFC to transfer the payment information instead of MST. Check this post for a better understanding of the difference.

Now with just holding down the top-right button on the Samsung Galaxy Watch you can launch Samsung Pay and use your preferred card at checkout.

Decide Which Apps You’ll Get Notifications

One of the best things about a smartwatch is notification triage. You can quickly sort through your app notifications without completely depending on your phone if you don’t need to. However, there may be apps that you find annoying or simply just don’t want to buzz your wrist. Thankfully, we can easily decide which apps are pushed to the Galaxy Watch.

Much like toggling apps on and off, you may have times that you don’t want to hear anything out of the Galaxy Watch. Like while you’re asleep for instance. Samsung has taken this into consideration and including a Do Not Disturb option, and another, called Good Night Mode.

This is an example of some classic Samsung software. I’m not sure why that both overlapping options are available, but choice, right?

Welcome to your Samsung Galaxy Watch! Obviously, there’s a multitude of other settings available, but we hope this list at least helps you hit some of the most important ones for you.