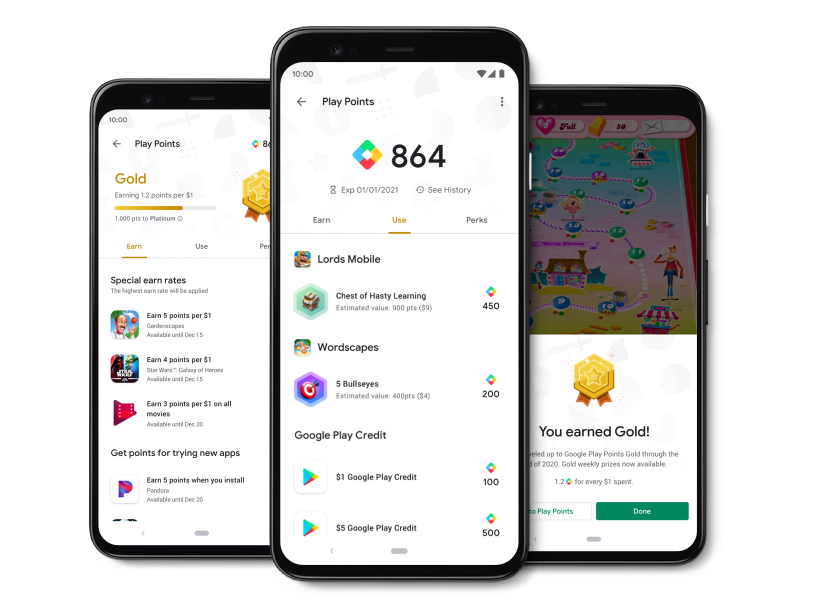 Google in November 2019 announced that US users would see a new feature in the Google Play Store which acts as a reward system of sorts. Called Google Play Points, it’s a way of giving customers a chance to earn credits on purchases they make in the Play Store.

Given that it’s new to the US there are likely plenty of questions about what is, how it works, and more. Here, we address those and other questions.

What are Google Play Points?

Google Play Points is rewards program where users earn points on anything they might buy through Google Play, including in-app purchases.

Points earned can be used for discounts, Google Play Credits, or special items and content in apps and games. What’s more, one can also use the points to support a cause.

Where are Google Play Points offered?

As of today Google Play Points are available to customers in the United States, Japan, and Korea. Other countries are expected to offer the program in due time.

How are Google Play Points calculated?

Google has four levels (Bronze, Silver, Gold, and Platinum) in which customers fall. Each has a set number of points which must be earned in order to qualify for and comes with additional benefits.

How do I earn Google Play Points?

Points are earned on ever dollar spent in the Play Store; each level comes with an gradually increasing rate at which they accumulate.

Google also offers users a chance to earn points for simply installing select apps and games. Note, that should you return a purchase you will lose the earned Google Play Points.

How do I check my Play Points?

From any Android phone, simply open the Google Play Store and look for the menu. In there you’ll find a dedicated “Play Points” section.

This is where you’ll find your points, level, and ways to earn and use points and perks. If interested, you can also check the expiration data and history.

What are the benefits of different levels?

Google provides weekly events where customers can earn additional points. Further, there are monthly events on movie rentals and books which earn more points. The higher your level, the better the rate at which you earn points.

The Silver, Gold, and Platinum levels also have weekly prizes available to users who fall under the them.

Where can I spend my Google Play Points?

There are a variety of ways customers can use their points, including in-app items such as special characters, gems, skins, and more. Select developers have partnered with Google to allow for coupons which can be used directly in apps and games. Among the early developers are Niantic, Rovio, and King.

Additionally, points can be used toward renting movies, buying books, or supporting causes like Doctors Without Borders USA.

Will my Google Play Points ever expire?

Points will expire one year after the last activity with points, either by earning or using them.

Will my Play Points level expire?

In a word, yes. Once you reach a new level, you stay there until the of the next calendar year. At the start of each calendar year, your level could change based on points earned in the previous year.