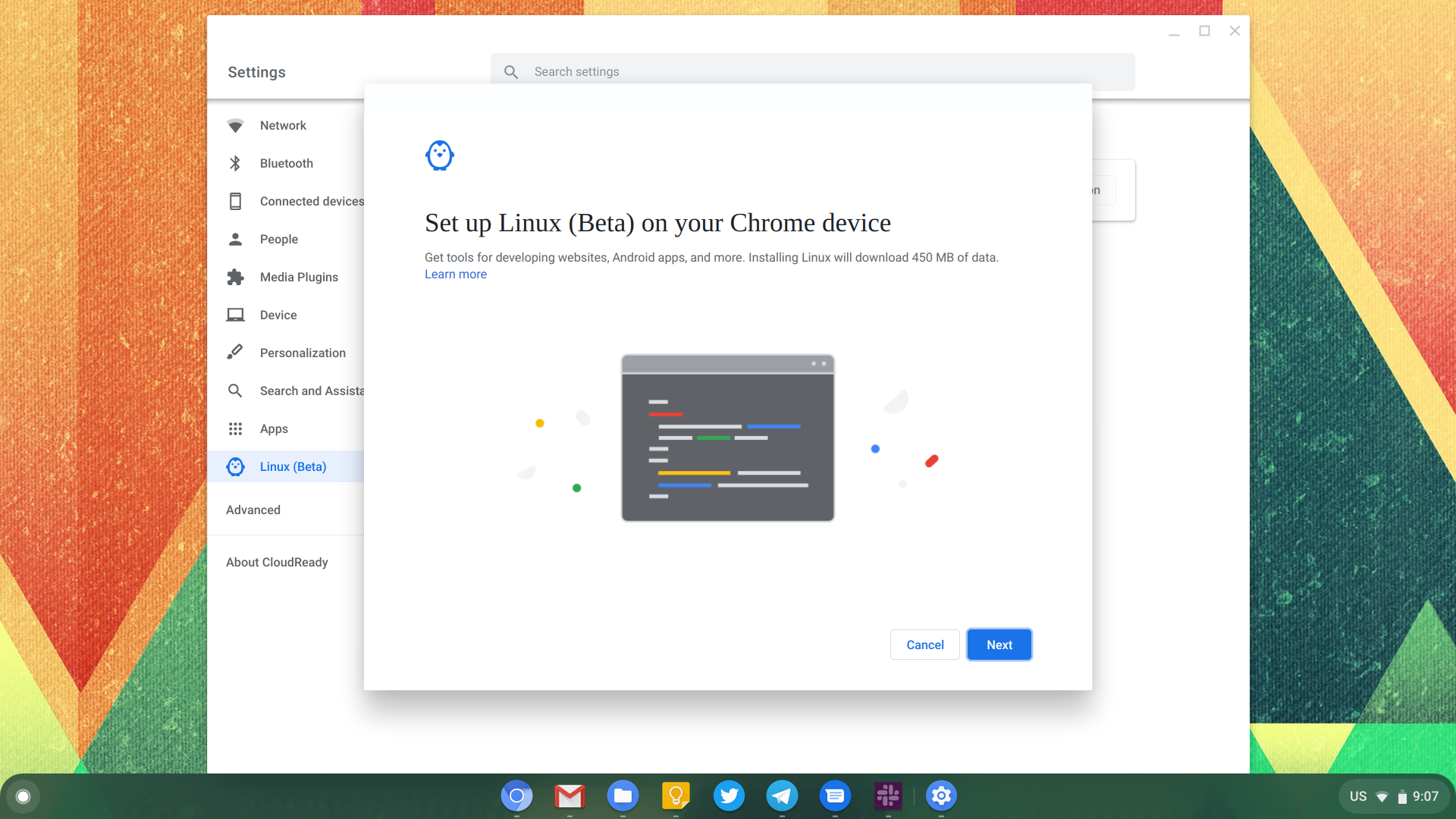 As many of you may know, Chrome OS has been a long-time project for Google. Since its introduction, it’s seen many iterations over the year. And while Android gets the big headlines for updates, Chrome OS can sometimes appear to be forgotten in the portfolio at times. That definitely changed recently with Google bringing Android apps and now support for full Linux applications.

Why do we need Linux apps?

Linux applications bring Chrome OS a more robust catalog of software than the traditional web-only roots to Chrome devices. It’s a bit of an ironic turn to see Chrome OS go from a glorified web browser to a jack of all trades running three app ecosystems.

Despite this, Linux adds some really great applications that you may want to add to your app drawer. We’d like to take the time to walk you through the steps to make sure you get there successfully.

How to install Linux apps

I hope that I don’t make it sound too daunting. With a few steps and setup pages, you will be ready to install Linux apps.

Congrats! You now have the ability to install thousands of apps built for Linux. There are a few things to keep in mind when delving into the Linux app ecosystem. First, you should check this list to see if your Chrome OS unit supports this Linux runtime.

Also, if using the command-line or online downloads, the apps need to be compatible with Debian Linux. For those unaware, Debian is one of the oldest and stable versions of Linux. It is the building block for many other variants such as Ubuntu and Pop_OS!. Any apps you Google for need to be available in .deb file format.

Think of these of .exe files from the Windows ecosystem. Once downloaded, you can double-click the file and you’ll be prompted by Chrome OS to install the .deb file. After a few seconds of behind the scenes package management, you should then get a notification of completion and if you’d like to launch the fresh new Linux app.

I think that’s it! Have fun exploring the amazing new options you have from awesome Linux app developers.