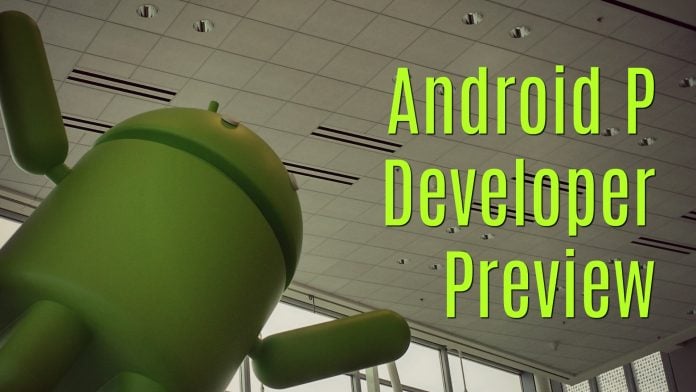 Unless you have been living under a rock, you may have noticed that Google I/O 2018 kicked off today. The keynote mentioned quite a few different updates, including new features coming to Android P.

These include an even-bigger focus on machine learning, along with an all-new navigation method. In addition to showing off these new features, Google actually opened the Android P beta program.

This means that you can now join the program and get it on your smartphone. In previous years, the Android beta software was only available on Pixel and Nexus devices. This is no longer the case, as a few OEM’s have partnered with Google.

How to get Android P Developer Preview

Each specific OEM has detailed instructions on you can get the Android P beta on your device now. However, the following instructions are for those who are rocking either the Pixel or Pixel 2.

If you have a compatible device, the easiest way to join the beta program is to head over to Google’s landing page. From here, you will need to sign into your Google account, and confirm that you are okay with using pre-release software.

Once you have registered, a notification will appear on your handset. By opening this, the Android P software will download and your device will update like normal.

Caution: Installing a system image on your phone removes all data from the handset. Back up your data first and proceed carefully. Worth noting, the manual route does not allow for automatic software updates.

After the software has been downloaded to your device, there’s something important to remember. This is very early software, and it should not be used with your “daily driver”.

With each beta software update, there are likely to be bugs that could affect your day-to-day usage. If you are willing to take the risk, then flash or download away and get Android P today.

If you run into any issues, be sure to sound off in the comments and let us know!