Android OS is currently the most popular operating system for mobile devices. There are over one million Android apps to choose from, but what if you want to use your mobile apps on your Windows PC. Why would I want that to run mobile apps on a PC?  Of course, the answer will depend on the person, but here are a few reasons that you might want to consider:

In this article, we are going to explore 2 methods of using android apps on your PC.

ARC Welder started off as a way for developers to port, test and publish their Android apps on Chrome OS. ARC stands for Android Runtime for Chrome. Of course you don’t need to be running Chrome OS to use Android apps, all you need is Chrome browser version 41 or newer. This is the only way to semi-natively run Android apps on Windows. What it does, is repackage your apps into a format your Chrome browser can read. The apps will then show up in Chrome as an extension.

There are some pretty severe limitations with the ARC Welder. You can only run one app at a time and not all apps will work- any app that requires Google Play Services will have problems. I tried installing The Simpson’s Tapped Out and it would start, but it had trouble staying connected to EA’s servers. I tried installing SimCity Buildit and it crashed before it could start. I did, however, have luck with Google Maps. I received a pop up informing me that I needed Google Play Services, but it worked none the less.

Other Android apps that have been confirmed to work are:

There are probably many more that will work as well, but you will have to try those out on your own. Let us know in the comments which ones work for you.

How to use ARC Welder

First, make sure that you are using Chrome browser version 41 or greater. To determine which version you are using, all you need to do is click on the 3 bar icon in the top right corner of Chrome and select “About Google Chrome”. Second install the ARC Welder Chrome extension here. This will add ARC Welder to your Chrome App Launcher. Launch ARC Welder and follow the instructions. Once you are set up, it is a simple matter of selecting your APK file for use with Chrome. ARC Welder will then ask you to select orientation, form factor / screen size, and whether or not to give it access to your clipboard. From there, you can launch your app.

Each time you run a new app, ARC Welder will delete your old one. If you want to keep all of your apps, then you’ll need to download it as a zip file, extract it, and drag the extracted folder onto your extensions page in Chrome. You’ll also need to select developer mode on the extensions page.

Overall, this is a great method to run apps without having to install an Android emulator on your PC.

Speaking of emulators, this is the second method that we’ll be covering. More specifically, we’ll be covering the emulator Bluestacks. While Bluestacks is not the only Android emulator, it was the first and it has over 90 million users to date.

Bluestacks installs and sets up much easier than ARC Welder. It installs like a regular Windows app and sets up like an Android tablet. If you’ve done either of these things in the past, it will be dead simple for you. 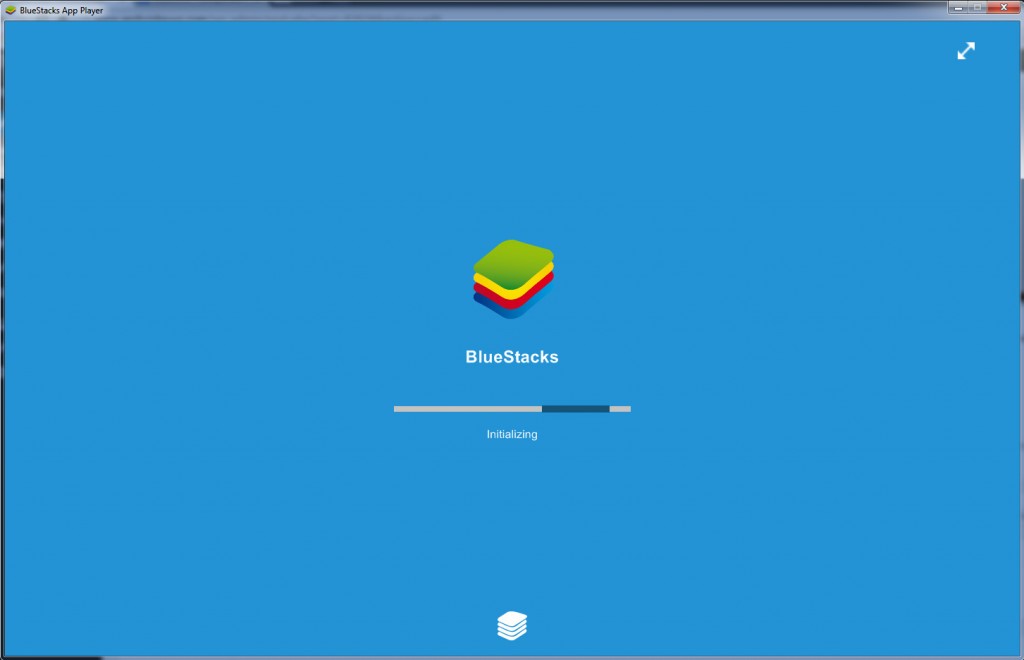 Bluestacks gives you access to Google Play and as such, you can install many of the apps that you can’t with ARC Welder. Bluestacks also associates with your APK files in Windows. You can sideload apps right from your computer without having to fiddle with the Bluestacks Android interface. 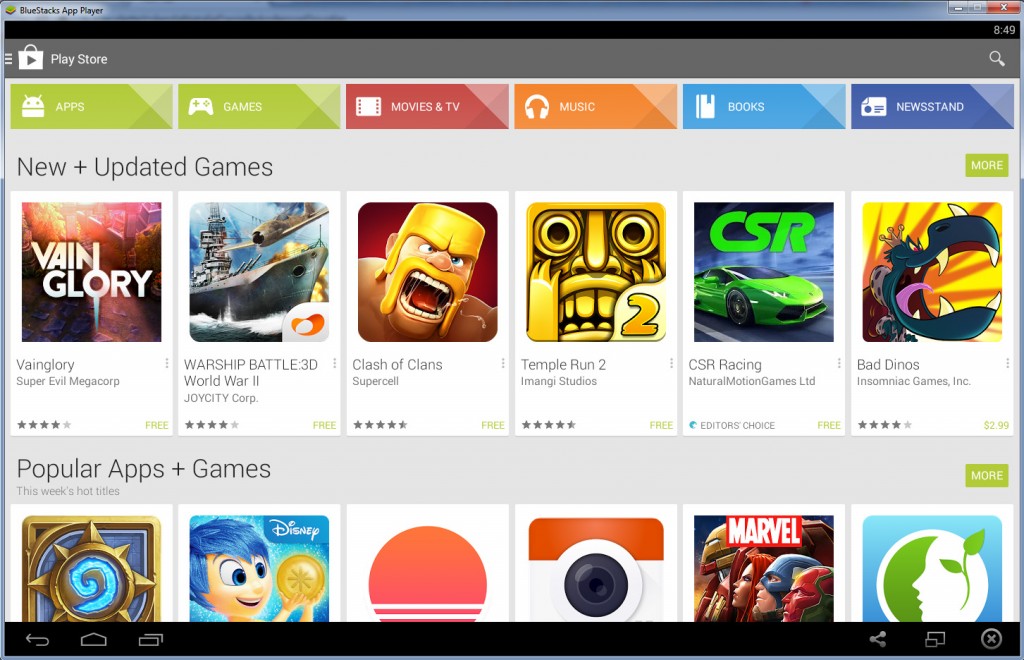 But, that’s not the only Windows interface customization. You can also create direct shortcuts to the Android apps on your desktop and there are even special keyboard customizations to make up for the lack of multi-touch in many desktop PCs. If you would like to try out Bluestacks on your PC, you can install it from here.

Both ARC Welder and Bluestacks are free to use, however, Bluestacks will require you to download certain sponsored apps every now and then to keep it free. If you prefer you, can pay $2/month to avoid installing the sponsored apps. 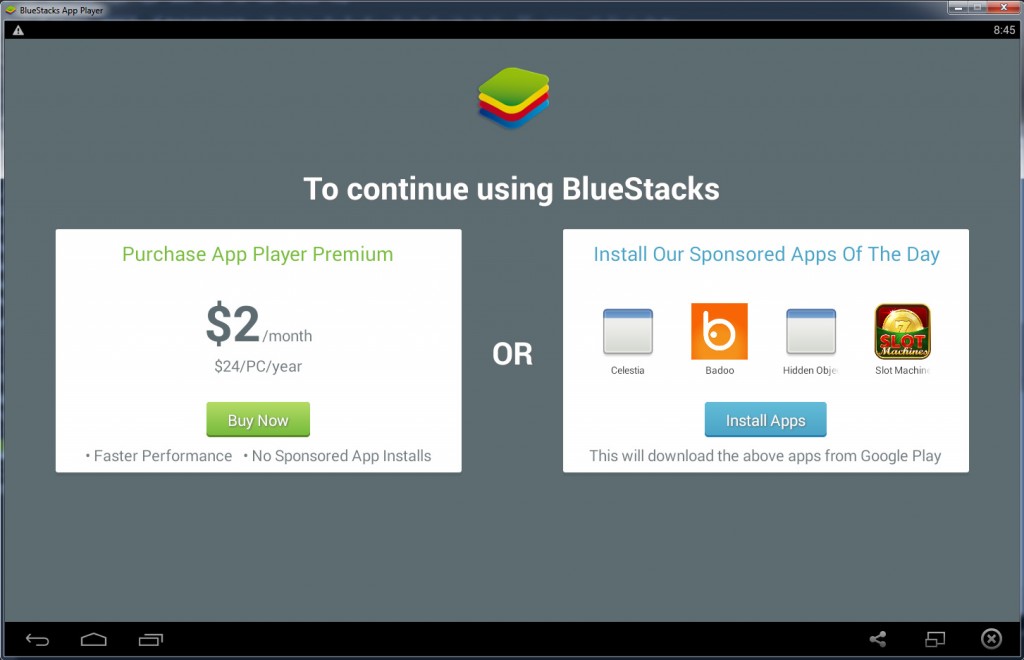 ARC Welder will afford you the ability to run Android apps on any platform that Chrome is available for, but in the end, Bluestacks’ dead simple setup and familiar interface along with more available apps, makes Bluestacks the preferred method of using Android apps on your Windows PC. What do you think? Have you used Bluestacks before? Let us know in the comments below.