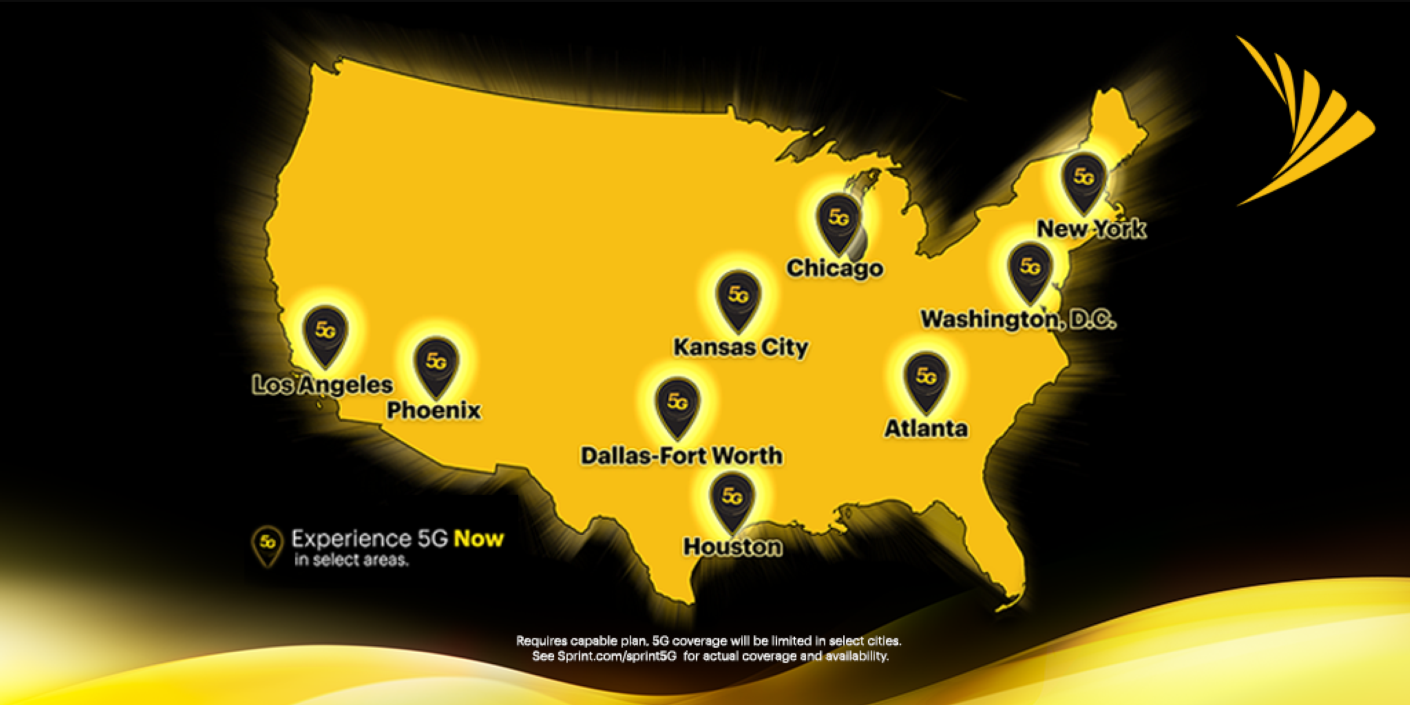 When it comes to mobile phones and wireless technology, some people like to look ahead to the next big thing. What’s looming on the horizon? As if we’re somehow not happy with what we have in our pocket, we spend time reading rumors, and speculation, looking at leaked photos.

One could argue that 5G is that next big thing, at least for smartphones. Sure, it’s still in its infancy, but the tech, its promises, and benefits won’t be going anywhere soon. Be prepared for a few years of wireless providers hitting you over the head with 5G.

Today there’s a lot of confusion around 5G. Which carrier offers it in which locations? What phones work with the service? What sort of technology is used? How do rate plans work?

In this piece we will clear up the first two questions: where is it, and which phones support it? Specifically, we’ll address Sprint, and periodically update the post as things evolve.

Where is Sprint 5G available?

As of today, Sprint offers 5G speeds in the following cities:

Sprint is banking on a merger with T-Mobile to bolster an enhanced 5G network, combining the footprint and technologies of the two. Between T-Mobile’s 600MHz spectrum and Sprint’s 2.5GHz spectrum, the plan is to have 8X the total capacity as compared to going it alone. The goal timeline is still years away, with plans to be done by 2024.

When it comes to smartphones with support for Sprint 5G, the carrier has three phones to choose from: Samsung Galaxy S10 5G, LG V50 ThinQ, and the OnePlus 7 Pro 5G. It also has a mobile hotspot device, the HTC 5G Hub.