We’re huge fans of changing the home screen around a bit and creating a new user experience for our Android. In fact, we love it so much that we have an ongoing series of Get This Look posts. In a nutshell we show you a new layout, app, widget, or icon set for your Android handset and tell you which apps you’ll need to mimic the feel.

Some of these are a little easier to create than others and many of them can be tweaked to no end. The following details are but the ingredients to which you can create your own delicious Android dish; your results will vary. Which is awesome! If nothing else, this is a great way to discover new apps, widgets, icons, and more!

We call this look “Miami Nice” because it calls to mind the color palette of the 80s. 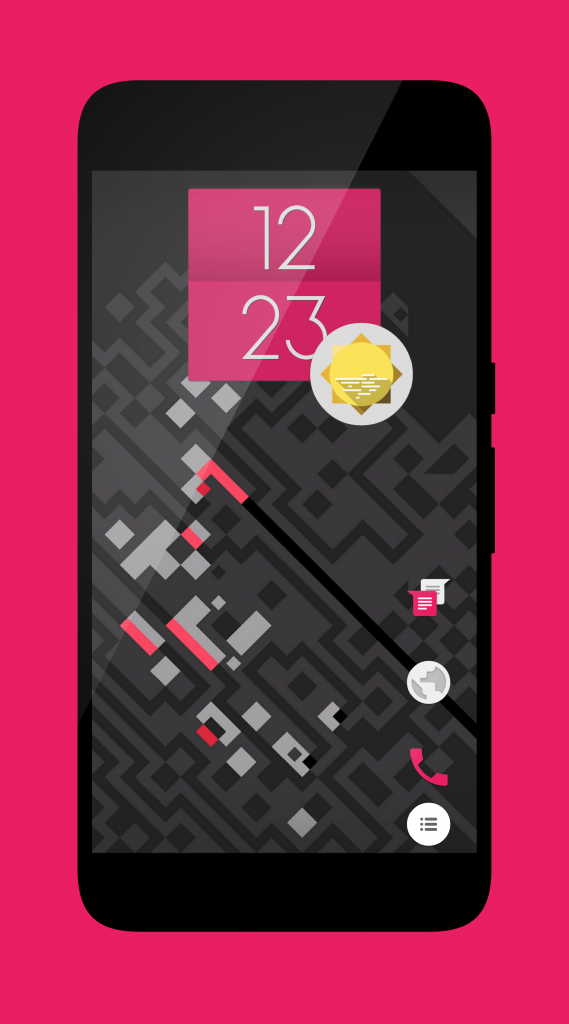 If you like to keep a semi-clean layout on your home screen, then you may enjoy this Android makeover. There’s not a ton of tinkering needed here and the launcher and widget apps provide tons of customization. Moreover, the wallpaper app has more choices to pick from than you’ll know what to do with. We venture to guess you’ll find something you love with the titles below.

You might put in a few bucks to get things rolling but you’ll be glad you did in the long run. Then again, if you’ve been doing the custom home screen stuff for a while, you may have already spent what you needed.

A couple of things to note for this specific design: We have the desktop grid at 12×4 icons and the widget is a 4×4 with scaling set to 100 percent. We moved the entire widget up inside of the box a smidge, too. Also, we opted to remove the notification bar and dock from displaying in the home screen.

The LollyDrop icons have default settings and appearance which closely replicate the original app shortcuts. But, because it’s such an awesome app, we were able to select alternatives based on a the white/grey/pink color palette. Dig in there a bit and you’ll find all sorts of great stuff.

You will find there are myriad possibilities with the apps here so do play around! In fact, this look was stolen from another one we found on reddit. Using the exact same apps and widgets, we came up with a similar, yet distinct alternate look. 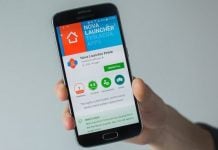 Google Photos Memories feature can be a blessing and a curse. Check out this tutorial to learn how to hide old pictures of loved ones you've lost or exes you'd rather not see again.

How to use an SD card for app storage on Chromebooks...

Android Auto app missing on your phone? Try this and you...

How to download free and open source apps with F-Droid