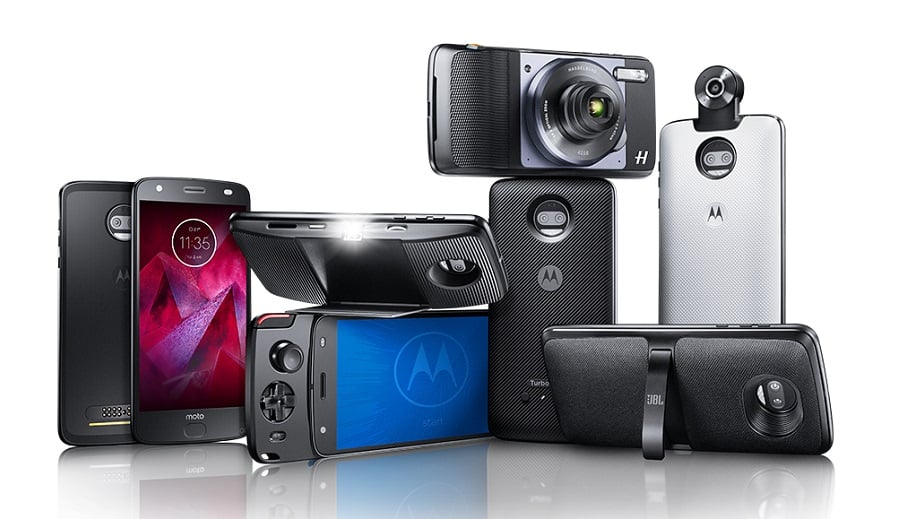 When Lenovo launched the Moto Z flagship in 2016, it also introduced Moto Mods – modular accessories that magnetically attach to the back of the phone to add extra functionality.

A few of them were available initially, but since then quite a few Moto Mods have made their way to the market. And there are compatible with all smartphones from the Moto Z family.

Below you’ll find the complete list of all the available Moto Mods accessory. But first…

Check out the phones compatible with Moto Mods: 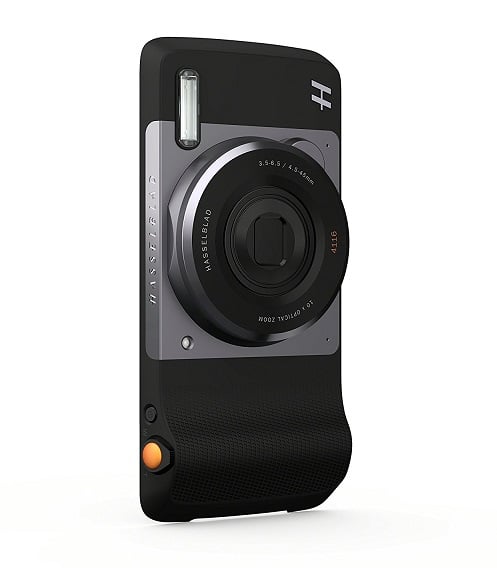 One of the more expensive Moto Mods, the Hasselblad True Zoom Camera turns your regular smartphone into a fully-fledged shooter. It brings 10x optical zoom, OIS for photos, EIS for video, Xenon flash and adds physical buttons too, to help you frame and shot. 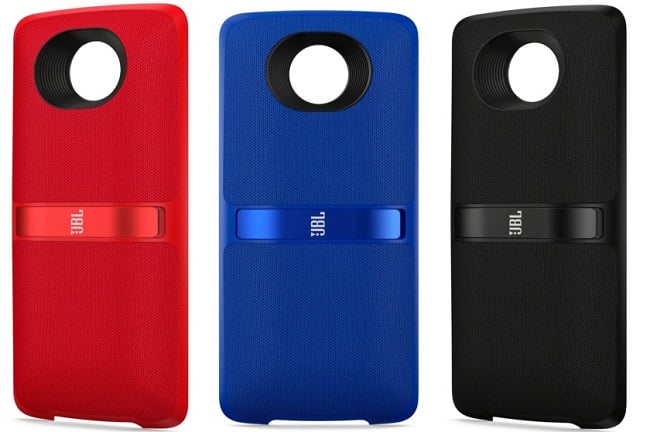 The JBL SoundBoost Moto Mods are designed to turn your phone into a wireless speaker. In 2017, Motorola unveiled the SoundBoost 2 which comes with an updated design and obviously, high-quality JBL audio.

The Mod has a built-in kickstand, so you can prop the phone up while you’re listening, as well as a built-in battery which can offer up to 10 hours of play time. It also boasts 2 speakers for stereo sound. The new version is offered in two additional colors – red and blue.

Get the original JBL SoundBoost for $79.99 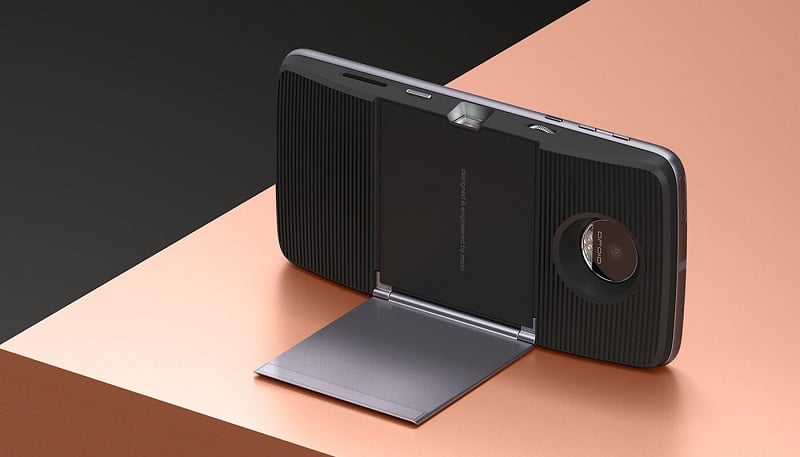 Like the name suggests, the Insta-Share Projector Mod allows users with a Moto Z to project smartphone content on a flat surface of their choice. The projection can be up to 70-inches in size and users can adjust the position of their device by using the built-in stand. What’s more, the projector also doubles as a battery pack thanks to the built-in 1,100 mAh battery. 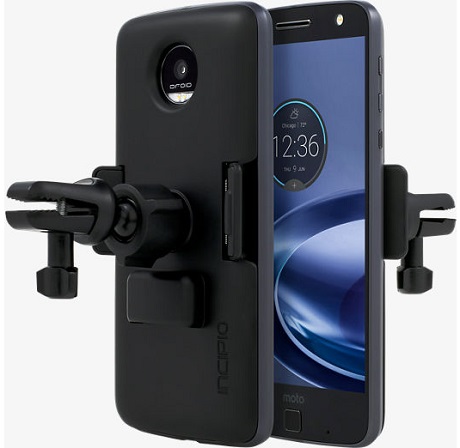 The Incipio Vehicle Dock is a Moto Mod with a more standard usage. Basically, you can use it to make sure you’ve secured your phone while driving. Once you snap the accessory to the back of your Moto Z, you can go ahead and securely attach it to one of the car’s air vents. 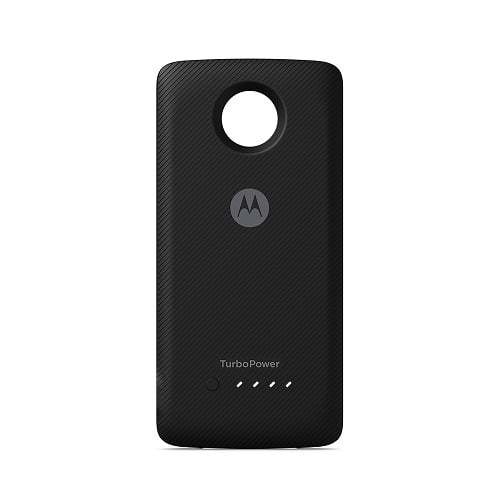 Need to make sure your Moto Z doesn’t run out of battery while you’re out and about? Consider getting the TurboPower Pack which adds an extra 3,490 mAh battery, so you can easily recharge your dying device, should the need arise. The pack can be used to charge up to 50% in only 20 minutes 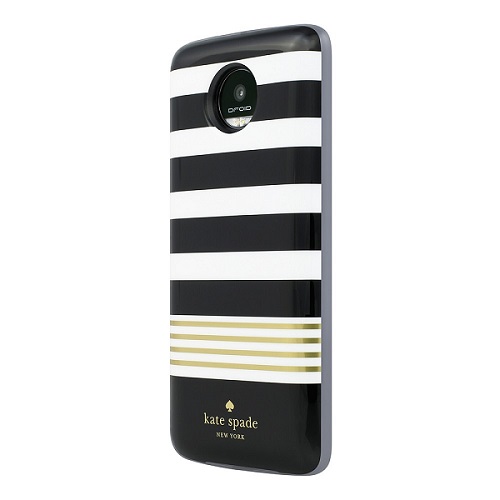 Do you prefer something a bit more stylish? Then the Kate Spade New York Power Pack Moto Mod might be exactly what you need. The accessory is no longer widely available (in many places it’s sold out), although you can still purchase it from Incipio, but at a higher price. It an additional 2,200 mAh of juice. 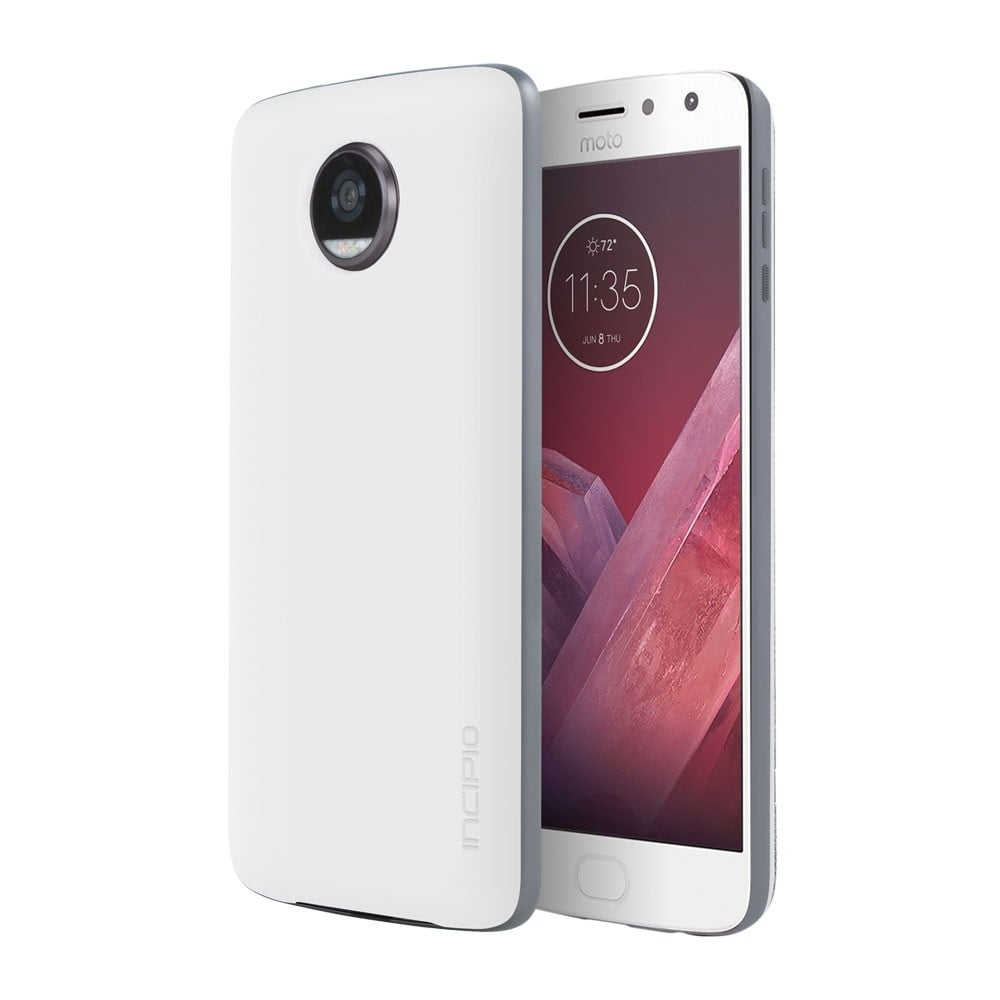 Speaking of Incipio, you can also purchase the offGRID Power Pack Moto Mod from the accessory maker. It’s touted to be able to offer up to 20 hours of additional power and is also Qi compatible. Thanks to the efficiency mode, users can experience 20% extra battery when the mode is turned on.

Note that a version of the offGRID Power Pack without wireless charging is also available.

Get the Incipio offGRID Power Pack (with wireless charging) at a discounted $67.49 (previously $89.99) 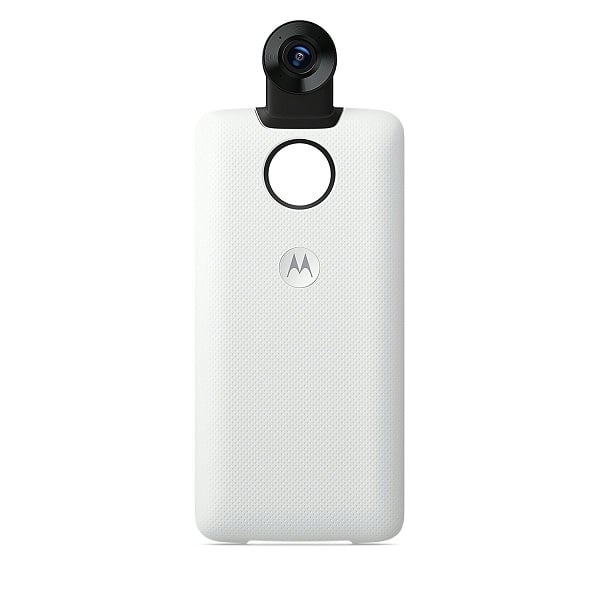 A Mod which adds a 360-degree camera capable of shooting 4K video to your Moto Z smartphone. It also enables users to do live streams in 360 degrees and allows for easy editing on the device. 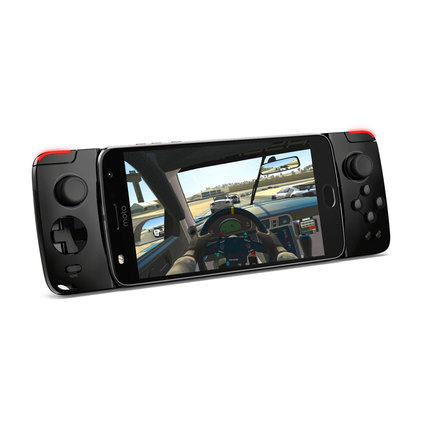 Perhaps one of the coolest Moto Mods out there, the GamePad turns your phone into a handheld gaming device. The accessory adds dual control sticks, a D-pad, and four physical buttons, along with shoulder buttons, so you can benefit from a genuine gaming experience. What’s more, the GamePad also includes a built-in 1,035 mAh battery that can sustain 8 hours of usage. 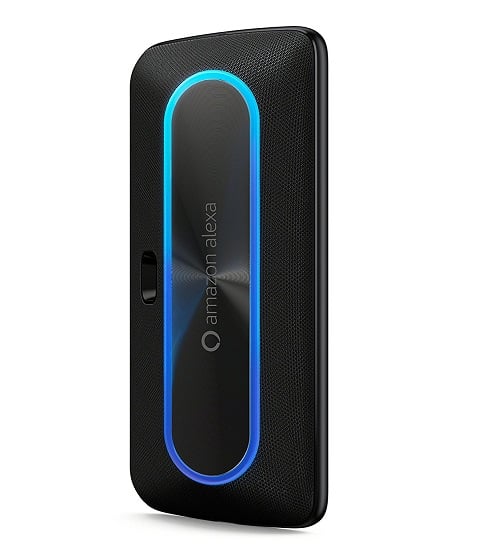 The Moto Z family might not come with a proprietary virtual assistant, but users who want a bit of AI activity on board of their device can activate the Google Assistant or they can snap a Moto Mod and bring Alexa to the party.

Once the Smart Speaker Mod is on, owners will be able to interact with the phone turned speaker by using verbal commands. The accessory also includes a battery that can offer up to 15 hours of life and an Echo-like blue LED light. 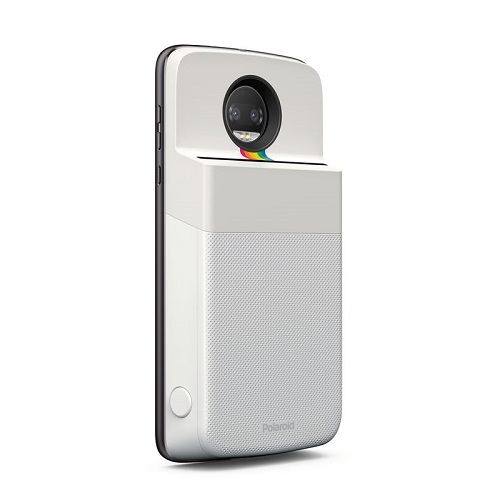 As the name indicates, the Polaroid Insta-Share Printer allows photography enthusiasts to use their Moto Z to snap and print 2×3-inch photos. The prints use Zero-Ink Paper and come with peel-off, adhesive backs.

Choose from your camera roll or social media photos, add filters and then print – all from your phone.

Get the Polaroid Insta-Share Printer for $199.99 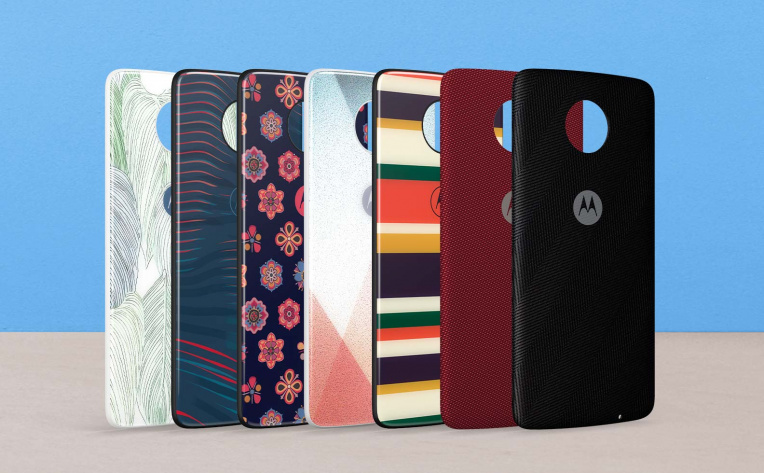 We saved the Moto Style Shell for last because Motorola recently announced a new Style Shell made of Gorilla Glass 5.

The company cooked up a few new designs, which to be honest, look quite sleek. So if you’re in need of protection for your Moto Z smartphone, look no further than the Moto Style Shell. The new designs are available for $30, which makes them a bit more expensive than the previous wooden / nylon counterparts which are sold for $19.99.

out of stock Moto Mods