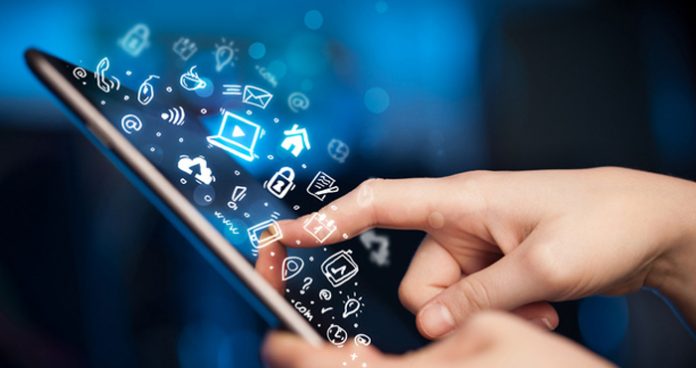 Here at AndroidGuys we try our best to inform you of smartphones and other tech you may not read about at bigger news sites. Just about everyone else is covering Samsung and Apple and other companies with huge marketing budgets. We understand why those things are important and we do our best to cover big brand names as well, but there is so much more going on in the mobile industry that you may not know about. Information is power and having all of the information at hand could potentially save you money.

Over a week ago I wrote about the big four carriers in the US and how they play games and over charge customers for services they do not need. Early adopters and mass data consumption users make up the majority of readers on tech blogs, but they don’t represent the general population. Many tech sites cater to those readers specifically, as do we, but we also try to cater to the average user. 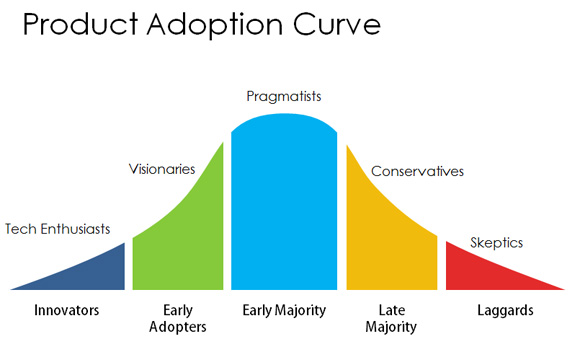 The average user only knows Verizon, AT&T, T-Mobile and Sprint as the major four carriers in the US. There are over 80 other wireless providers in the US that you probably don’t now about and there’s a reason for it.

I took an unscientific poll of 40 people at the dog park and at my place of occupation to see if they had ever heard of Project Fi, Ting, TextNow and The People’s Operator USA. Not a single person, ages ranging from 24-65 had heard of any of these companies. There’s a high chance that most of you who follow us on AndroidGuys know of at least Project Fi since you are up on all of the latest information.

Project Fi, Ting, TextNow, and the People’s Operator USA are all mobile virtual network operators, also known as MVNOs. MVNOs are cellular providers just like Verizon, AT&T, T-Mobile and Sprint, except they do not have their own infrastructure like cell phone towers to provide that data and cellular coverage. Instead the MVNOs lease service from those major four providers in order to resell it to consumers.

Naturally you would think by leasing the service that the MVNOs resell, it should be more expensive than the major four carriers.

The reality is the major four providers spend a extraordinary amount of money on advertising to lock in customers to their services by leasing options or two year contracts. Once locked in, these carriers can sell you add-on features like mobile insurance, road side assistance, accessories, TV services, home security, home internet and a whole host of other things that would take too much time to list.

In 2014 AT&T spent a whopping $3.3B on advertising giving it the second highest rank in the US on advertising dollars spent. The only company that outspent AT&T was Proctor & Gamble who is a major company behind hundreds of products you know like Tide, Vicks, Gillette, Bounty, Charmin, Tampax and so on. Real products that we need to make our lives better.

The people like you and me who are leasing $850 iPhones, with unlimited data plans, and $25 a month insurance plans for multiple devices are paying AT&T and the other big carriers to advertise to us endlessly. They get us to spend extraordinary amounts of money on services and hardware that most of us do not need.

They’ve convinced us we need unlimited data to stream thousands of hours of videos a month. According to Consumers reports, 80% of Americans get their wireless services from the big four even though they rank lowest in customer satisfaction.

The big four have also spent so much money on advertising that we have no idea other providers exist. It’s similar to what Mylan did with the epipen. Mylan marketed its life saving injection method so much that even doctors didn’t know generics existed. With a market share of 85%, Mylan could raise the price from $100 to $600 over the course of several years. 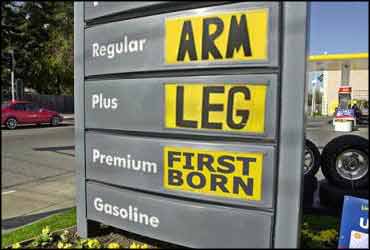 The big four own over 80% of the cellular market share which gives them a virtual oligopoly allowing them to price gouge us no differently than Mylan.

The irony is astounding. We are willing to pay for unlimited data at crazy high prices so we can BINGE-ON all of the videos we want, yet the media moans about a life saving pen that has to get approval from the FDA to prove it will saves lives.

And if you haven’t paid attention, you have Verizon who owns major media outlets like Engadget and Yahoo. Talk about a conflict of interest.

Anyways, let’s get back to what is really important.

So who are the MVNOs? 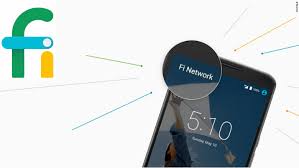 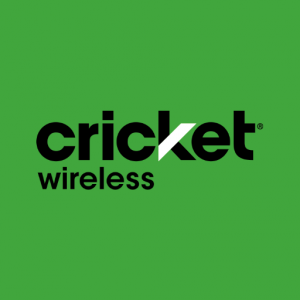 There is a long list of MVNOs in the US, 88 to be exact according to Wikipedia. These 88 MVNOs use the same cell phone towers that the big four use. Some use a combination of the big four towers like Project Fi (Google’s MVNO) which uses Sprint, T-Mobile and US Cellular towers. There is an assumption that the MVNOs offer lesser quality service, but that couldn’t be further from the truth.

Again using Project Fi as an example, if you were a T-Mobile customer there is no way you could access Sprint’s towers to use if you were out of range of a T-Mobile tower or vice versa. Project Fi’s service is arguably better than T-Mobile or Sprint’s coverage.

I used Project Fi myself earlier this year and loved it. You can read my full review of Project Fi here.

Almost all MVNOs allow you to bring your own device. The one thing you need to make sure of is network compatibility. In the case of TextNow who leases Sprint’s network, you need CDMA compatible phones. Conversely, Verizon only supports the phones it sells and will not provide SIM cards to phones they don’t sell like Google’s ultra popular Nexus 6P or the newly released Honor 8.

Many MVNOs offer prepaid plans that are month to month. No contracts, and no inflated monthly fees. If you decide to leave you aren’t on the hook for cancellation fees.

MVNOs offer limited and unlimited data plans without overages too

I’m going to use TextNow’s service (I’ve been using it for a month now) as an example. 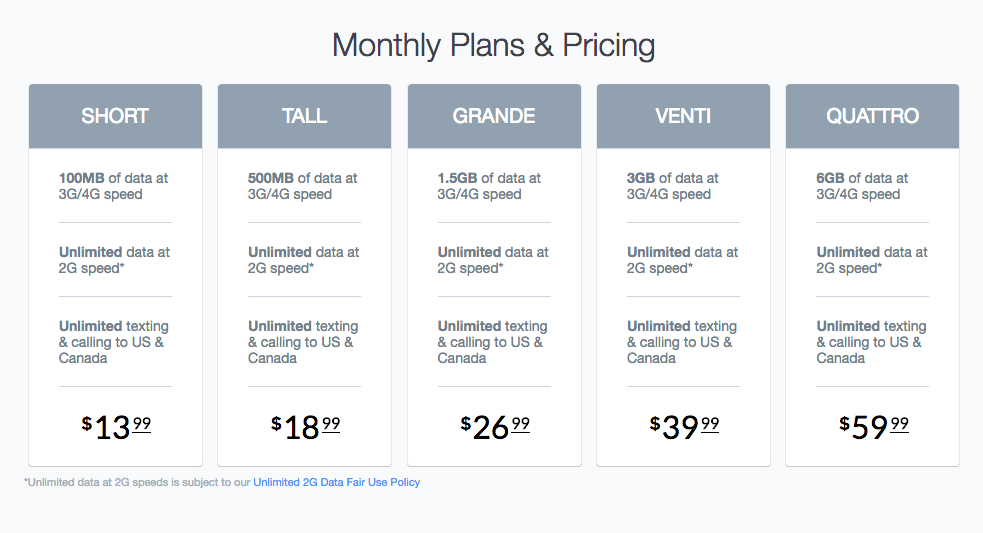 TextNow’s cheapest option starts at $13.99 for 100MB. If you own a smartphone, chances are you are going to need more data than that. But if that’s all your budget allows for, the option is there and you will not pay overage fees. You also get unlimited texts and calling within the US and to Canada. Or if you’re an average user, you can probably get away with the 1.5GB plan at just $26.99 a month with no hidden fees. They even offer a 30 day money-back guarantee, so if you port your number over and decide you don’t like it, just get your money back. It’s really that simple. There are no cancellation fees. Even if you used the service for six months, since it is month to month, you can leave at anytime.

Let’s use another example: Google’s Project Fi. For $20 you get unlimited calls and international texts. Data starts at $10 per GB, and whatever you don’t use is refunded to you. If you use 500MB, you will get a refund of $5 and that month’s total bill works out to $25. With Project Fi you also pay the same rate for data, $10 per GB in over 135 countries. That varies vastly from Verizon or AT&T who charge an arm and a leg for international data. AT&T charges $40 for 200MB outside of the US.

Every MVNO offers data and cellular coverage, but they all offer variations of it. It would take me ages to list each MVNO’s plans, but it is our goal to cover as many as possible in the near future with full reviews.

You can bring YOUR number with you

It is a US law that cell phone operators allow you to keep your phone number as long as you remain in the same locality. Your phone number is not owned by anyone other than you.

MVNOs could care less what OS and smartphone you use. The big four however do care because they are incentivized to by locking you into phones you cannot afford unless it was spread out over two years.

Look at the phones the big four carry. They are expensive flagships or budget devices that SUCK. They give you the option to spend $600-1000 on phones like the Jet Black iPhone 7 or budget devices with hardware that’s three years old. The big four don’t offer mid-range smartphones like the Honor 8, Nexus 5X, Moto X Pure and so on. There’s a purpose to everything they do, and that is to take as much of your money as humanly possible. 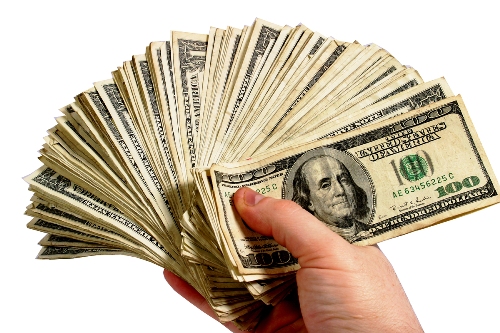 So know that you know what MVNOs are…

Do your research. Or you can come back to AndroidGuys over the next few months and we will have full reviews of several of these companies to inform you of the coverage, prices, phones and plans they offer. We are here to serve you and want to save you money. Over the next few weeks we have at least four MVNO reviews planed for publishing and we will have more once those are complete. We don’t have big budgets to employ lots of writers, but we tackle what we can when we can especially if it means saving you money.

The big four will always be here to give early adopters and mass data consumers what they want at crazy prices. However, MVNOs exist for the average user who doesn’t need to stream ungodly amounts of data on the latest smartphone they can trade in every two weeks.

You can literally save $1000s with a little research and effort. The big four play games and confuse you for a reason and that reason is your wallet.