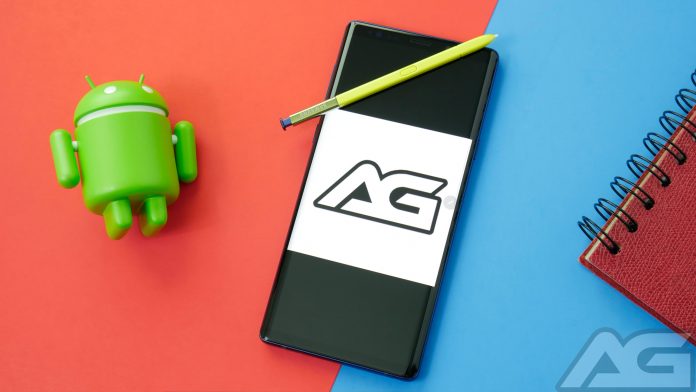 The S-Pen is what truly makes the Samsung Galaxy Note 9 stand out from all other phones on the market. Without the S-Pen it would just be like any other large screen flagship and cost quite a bit less. Therefore if you’re going to get a Galaxy Note phone it’s best to put the S-Pen to use. Check out these tips and tricks below to get the most out of your S-Pen.

We’d like to thank AT&T for providing this loaner unit. 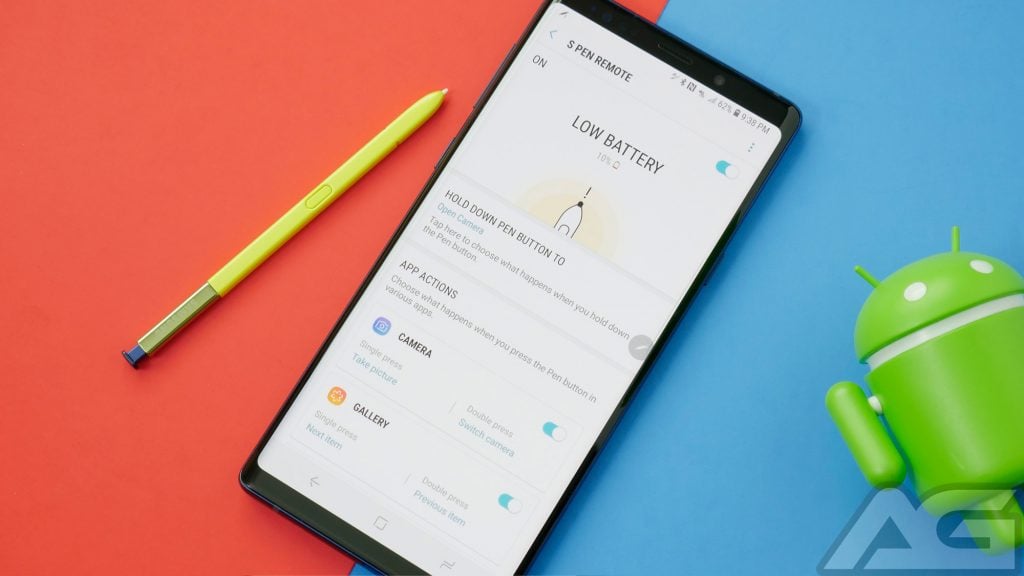 This year the S-Pen got its biggest update ever in the form of Bluetooth LE. With the addition of Bluetooth, it also learned some new tricks. One of these is App Actions which allow you to use the button to perform certain actions within select apps.

For instance, you can use a long press to launch an app, by default this is the camera. Once the camera is opened you can take a picture using the button and a double press switches between the front and rear camera. It can also be used to control media playback by playing/pausing with a single press and skipping tracks with a double press.

Samsung also allows you to customize shortcuts. For now, the app selection is rather limited but Samsung will open the SDK soon allowing it to support even more apps. 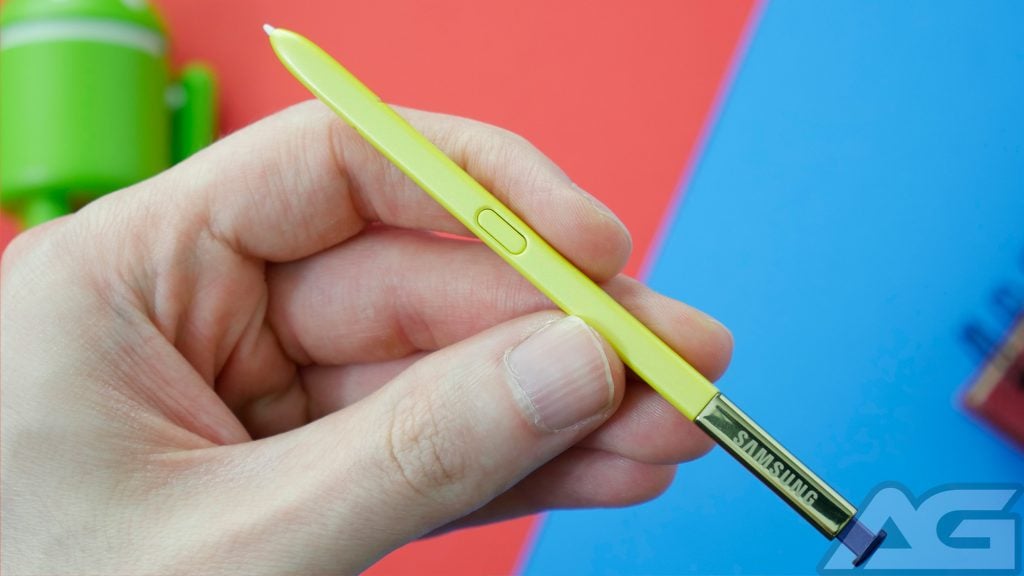 Another new trick the S-Pen gained from Bluetooth LE connectivity is the ability to unlock your phone. Unlocking your phone this way is not as secure as using biometrics, a PIN, or a password but it is convenient. Just be aware with this enabled anyone who removes the S-Pen can access your phone. 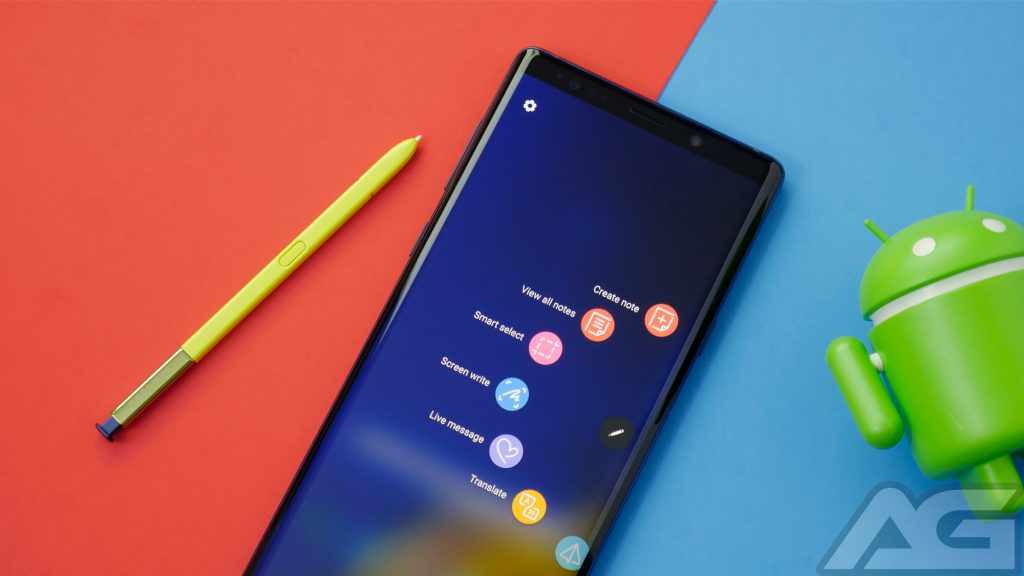 Most of us probably never dive deeper than the original shortcuts presented in the Air Menu. However, if you were to scroll down and click the plus button you would see there are several other apps you can add.

Whether or not those are worth adding is up to you, but they are some handy features for the S-Pen in there. While you’re in that menu the current shortcuts can also be edited, either by removing ones you don’t use or rearranging the default ones. Bixby Vision is one of those features hidden from the default Air Menu. In order to use Bixby Vision, you’ll have to first add it like we discussed above. After it has been added you can access it and all of its features from the Air Menu.

Thanks to Bixby Vision’s image recognition features it allows you to extract text from images to easily copy and paste it. As well as recognizing objects to perform a search or shop for the item online. If you happen to come across a QR code it can help you out there as well. 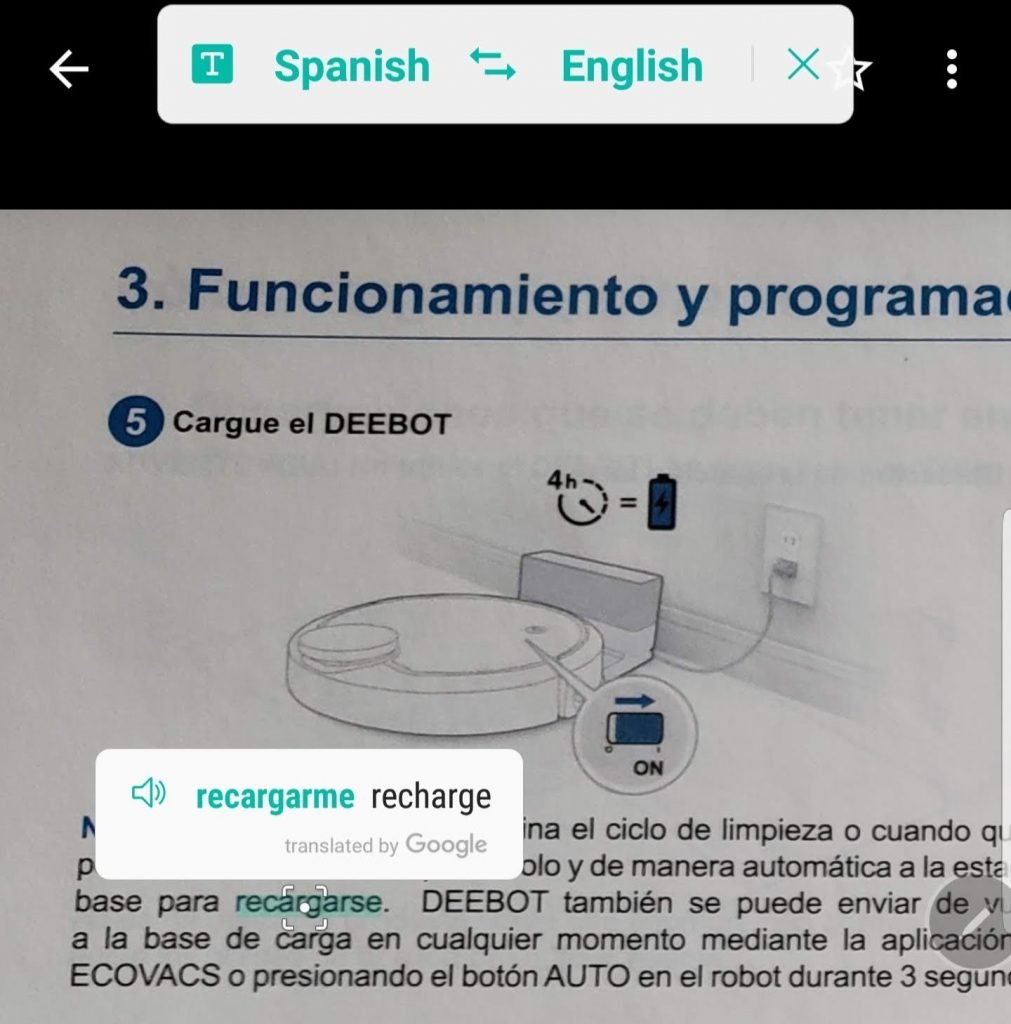 The translation option can really come in handy for all you travelers. Not only will it translate but if you tap the little speaker it will pronounce it as well. After you launch it from the Air Menu, all you have to do is hover your S-Pen over a word on the screen to get started. 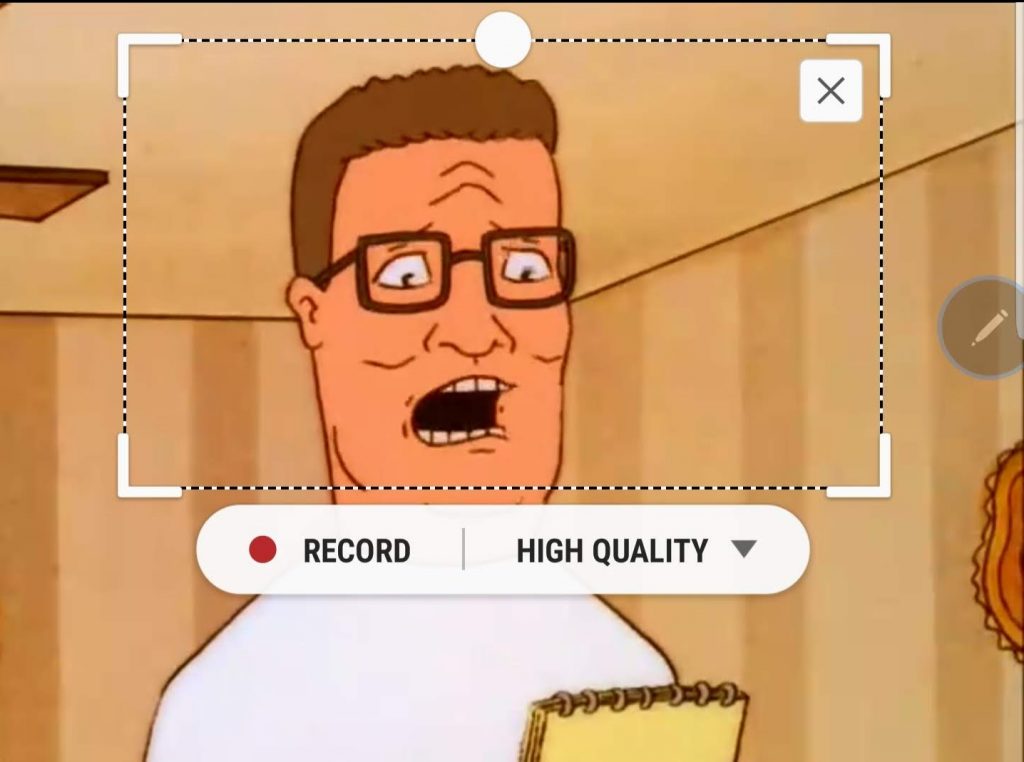 The internet loves gifs even if we cannot agree on how to pronounce it. Using the power of Smart Select from the Air Menu the Note 9 turns you into a gif making machine. Depending on how much you use this it could be a blessing or a curse to your friends.

After you launch Smart Select from the Air Menu, look in the upper right for the gif option. Once this has been chosen a square will appear on screen allowing you to resize, change the quality, and start and stop the recording. This is a lot of fun, but I’m sure my friends are quickly growing tired of my gif making. 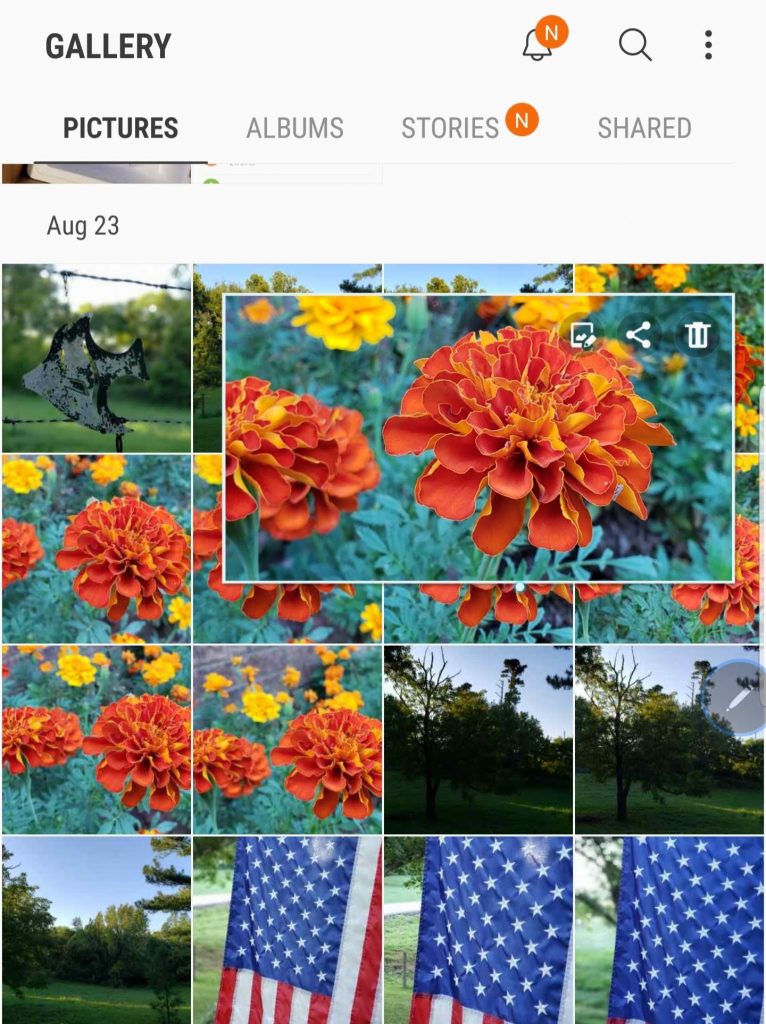 When navigating the stock Gallery app from Samsung the S-Pen can help you locate that perfect photo even quicker. By only hovering over the thumbnail it will show you a blown up version of the photo. This saves you from a lot of incessant clicking or swiping. What makes it even better, is with the zoomed in view it also provides you buttons to perform actions such as sharing or editing saving you even more clicks. 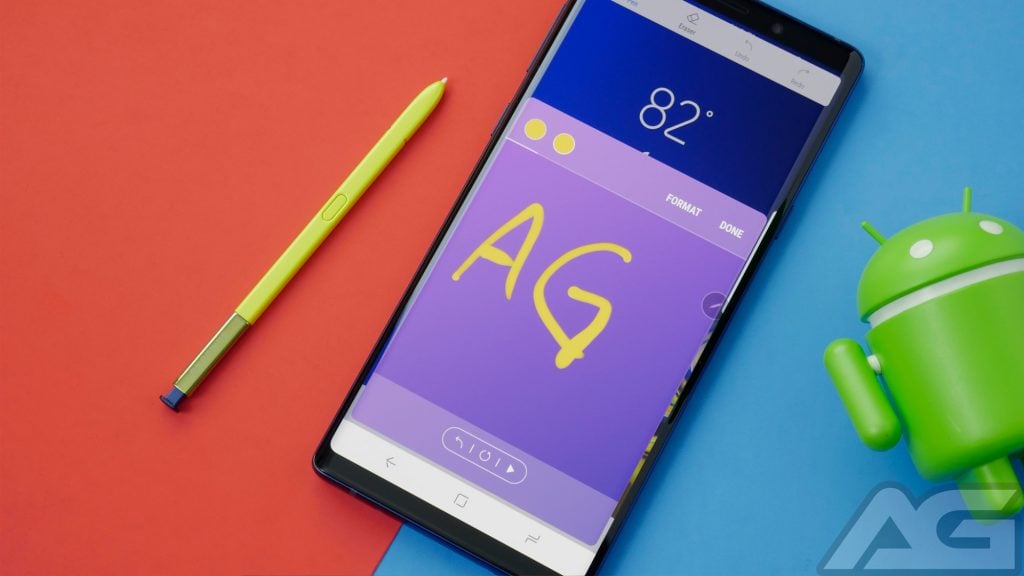 Live Message is a fun little feature the Note series gained not too long ago. It is along the lines of the gif maker where it’s not essential, but it sure is fun. With Live Message, you can write or draw an animated message using different colors on your screen. After you’re satisfied with it the Live Message can be shared as a gif with friends, family, or the whole internet. I wasn’t wowed by this when it was first announced but I have to admit after playing with it I found it a lot of fun. Even on a screen as large as the Galaxy Note 9, sometimes things are just too small. Not if you add Magnify to your Air Command menu though. Using Magnify allows you to hover over your screen to get a zoomed in view. For the optically challenged out there this can be a real lifesaver. It’s also perfect for checking all that fine print in contracts. 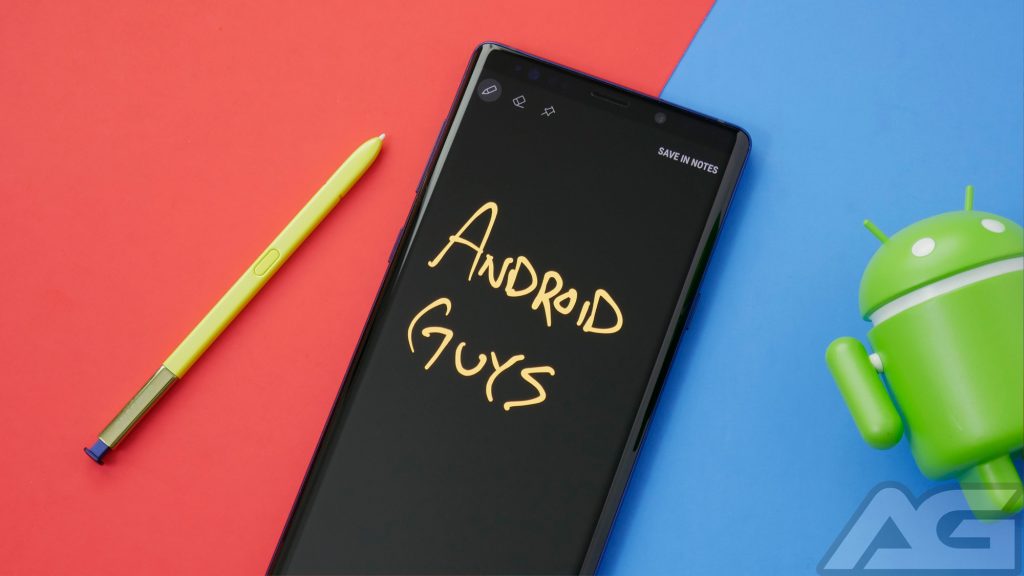 Screen Off Memo is another one of those ingenious features Samsung added a while back to the Note series. Sometimes you just need quick access to write something down. Whether it is an item for your grocery list or a phone number you’re going to need later. It just makes things quick and simple. No unlocking your phone, no launching any apps, just remove your S-Pen and start writing. It couldn’t be simpler and yet it is so useful.

The Glance feature is another one buried in the Air Command menu that you would need to add manually. This specialized feature would be useful for those times when you need to continuously reference information. Glance minimizes a window into a thumbnail in the bottom right corner allowing you to hover and “glance” at the information without leaving your current app.